From vaxxing to doxxing: The social media power of Nicki Minaj

'This ugly episode touches issues in contemporary journalism, [including] the role of journalists' 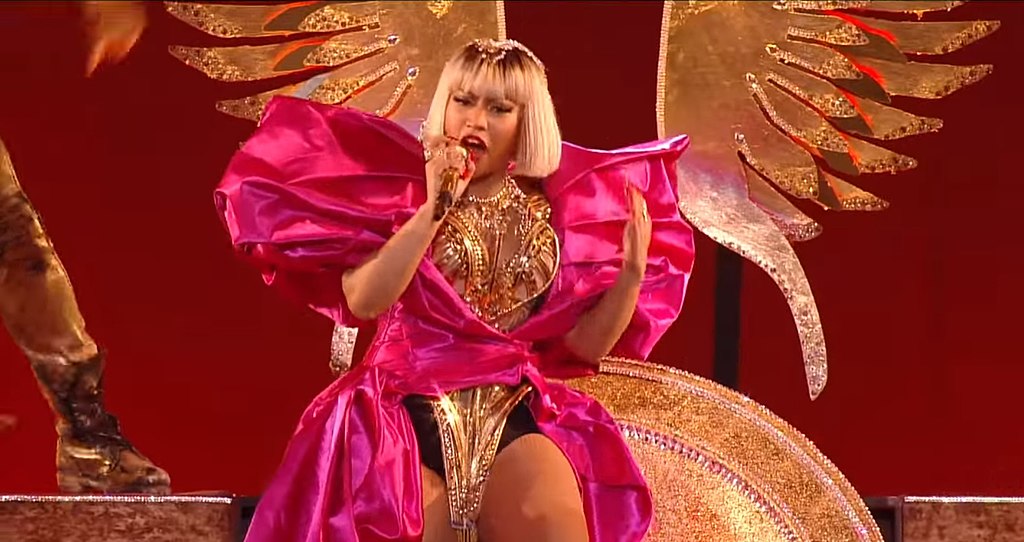 Nicki Minaj performs a medley of ‘Majesty,’ ‘Barbie Dreams,’ ‘Ganja Burn,’ and ‘FeFe’ at the 2018 Video Music Awards in New York City, USA on August 21, 2018. Screenshot by MTV International on Wikimedia Commons, under (CC BY 3.0).

The Nicki Minaj vaccine controversy, heavily covered by international media and responded to by the likes of Dr. Anthony Fauci, director of the United States’ National Institute of Allergy and Infectious Diseases, British prime minister Boris Johnson and Trinidad and Tobago's health minister Terrence Deyalsingh, has taken an unexpected turn.

On September 17, after local reporter Sharlene Rampersad contacted Minaj's Trinidad-based relatives for an interview—a request that was allegedly declined—Minaj reportedly took to her Instagram account to share Rampersad's telephone number—an ironic choice of platform, considering that she recently claimed “it's not that easy [for Trinbagonians] to get on Instagram.” Within minutes, as a result of the harassment that ensued from “The Barbz,” as Minaj's fan base is called, the journalist had to fend off hundreds of phone calls.

.@CNN y’all are about to know how protective the barbz are towards @NICKIMINAJ and her family, you are not prepared. pic.twitter.com/UAJbTApj2h

The posts in question appear to have since been taken down, but local social media users wasted no time in reporting Minaj's stories to Instagram, and urging the reporter—however comically—to seek legal redress. Meanwhile, Rampersad has deleted her Twitter account.

What appears to have set Minaj off was the journalist's modus operandi. Regional news platform Loop reported that Rampersad asked Minaj's family for an interview via text message. Rampersad allegedly said that the Cable News Network (CNN) was in Trinidad pursuing the story—a claim that Global Voices has been unable to verify—and would reveal the family's personal information if they got an interview, whereas she would not.

Minaj allegedly shared screenshots from this correspondence to her IG Story, calling the reporter “a dirty hoe”; Rampersad responded that she would be taking Minaj to court.

Nicki Minaj says her family in Trinidad have been harassed and threatened by journalists. pic.twitter.com/s6AzYUN2lT

Doxxing, or the release of personal information, like phone numbers and addresses—usually online—is listed as an offence in Trinidad and Tobago's Cybercrime Bill, as it “can lead to actual physical harm” and irreparable damage to victims’ reputations and livelihoods. In the United States, where Minaj lives, the federal legislation against doxxing appears to apply to only certain categories of people.

Sharlene Rampersad was following up on a legit story, and shouldn't have to face attacks…but blackmailing a potential source is poor form.

The company's statement failed to address the journalists’ tactics, as this tweet also pointed out:

Do you also denounce the threat of doxxing private citizens, their girlfriends, and any other people they know by your reporter? It appears that @NICKIMINAJ has the receipts showing that your reporter did that. https://t.co/fZCfJxPc5b

Aaron Williams, the hip-hop editor for the popular culture website Uproxx, weighed in:

[This] reporter crosses a line by intimating that a competing outlet, CNN, is also pursuing an interview. The texter suggests that CNN would reveal personal information about the cousin — something against the journalistic integrity policy of any legitimate news outlet — and assuring that the Guardian would not. Aside from being the dirtiest of dirty pool, this sort of thing isn’t common practice at most outlets and is actually against the law in many jurisdictions. […]

While Nicki certainly has a right to be upset at the unsolicited contact, there’s 1. no proof that the texter actually is this person, and 2. absolutely no call to violate a person’s privacy to her 157 million Instagram followers, many of whom have previously shown a penchant for cyberbullying people […] However, if the person who reached out to her relations really is the named reporter, then shame on her as well for violating so many tenets of journalistic integrity in the pursuit of a quote. She should, however, be reprimanded by her employer, not terrorized by online vigilantes at the behest of an angry musician — especially not one distracting from the serious work being done to combat the spread of a deadly pandemic.

After Global Voices reached out to her by telephone, outgoing president of the Media Association of Trinidad and Tobago (MATT), Dr. Sheila Rampersad (no relation to Sharlene Rampersad) called the Guardian Media statement a “welcome intervention”:

Nicki Minaj’s celebrity gangsterism towards […] Sharlene Rampersad, is textbook cyberbullying and intimidation of a free press in a young democracy. While Ms Minaj may be justified in calling for scrutiny of the journalist’s methods—that is, stoking the fears of an ordinary citizen caught, through no action of his own, in the maelstrom of an international story—the rapper’s doxxing and cussing are extreme reactions that should concern those closest to her.

Sensational as this story may be, it is but a global amplification of the relentless intimidation of [Trinidad and Tobago] journalists that has become routine. There is hardly a journalist or newsroom in T&T that has not been the subject of profuse cyberbullying, physical assault, ridicule, mockery, threats, police action, intimidation or trolling. The silence of institutions and the public has fuelled this danger, despite calls from MATT since 2015 for increased protection of journalists.

However, in a statement sent to us via WhatsApp, Dr. Ramperasd also suggested that beyond the surface of the social media brawl lies a deeper issue:

If one good can be realised from Ms Minaj’s meltdown, it is the international focus created by the rapper on questions about control of information, restrictions on free speech, and scrutiny of the mainstream media’s coverage of the Covid-19 pandemic.

Ms Minaj’s original post resonates with anxieties of people around world who feel they are not being told the whole story about either virus or vaccine and who see the media as complicit in manipulating information. Public distrust is answered by mandates and other impositions, further alienating populations and generating greater distrust. The contribution of Independent Senator Anthony Viera in the Senate last Friday on Ivermectin makes the point in his question: ‘Why is information being distorted, suppressed and dismissed?’

This ugly episode touches many important issues in contemporary journalism, among them the role of journalists themselves in serving the public with diverse facts and perspectives.

Despite the journalist's questionable tactics, however, most Trinidad and Tobago netizens agreed with the saying that “two wrongs don't make a right”:

@NICKIMINAJ See why most of the population never like your head. How you go from always conveniently claiming a country as your home to making us a public spectacle (with no apology) to now doxxing and ridiculing a woman (the same women you said we need to protect a few days ago) pic.twitter.com/GI4d5zxcau

1. nicki didn’t threat you. 2. doxxing isn’t illegal. you literally told nicki you were going to find her family and try to harass them for an interview.

Good luck with that ? I'm sure the judge will be very sympathetic to a journalist who tried to use duress on a private citizen? You literally told her family that CNN will be fully doxxing all of them and therefore they should “willingly” give the info to you.

They're going after Nicki Minaj for speaking the truth, she's smashing them straight back, doxxing the media ? pic.twitter.com/WEP4xVwqxB

One Twitter user, however, could not help but notice the incongruity of the whole affair:

@NICKIMINAJ doxxing a Trinidadian reporter saying the media is causing her family to have to hide out is laughable. You are being sued for harassing, intimidating and bribing your husband's rape victim causing HER to have to hide out. The irony of it all. #istandwithsharlene