What did Japanese people really think about the Olympics? 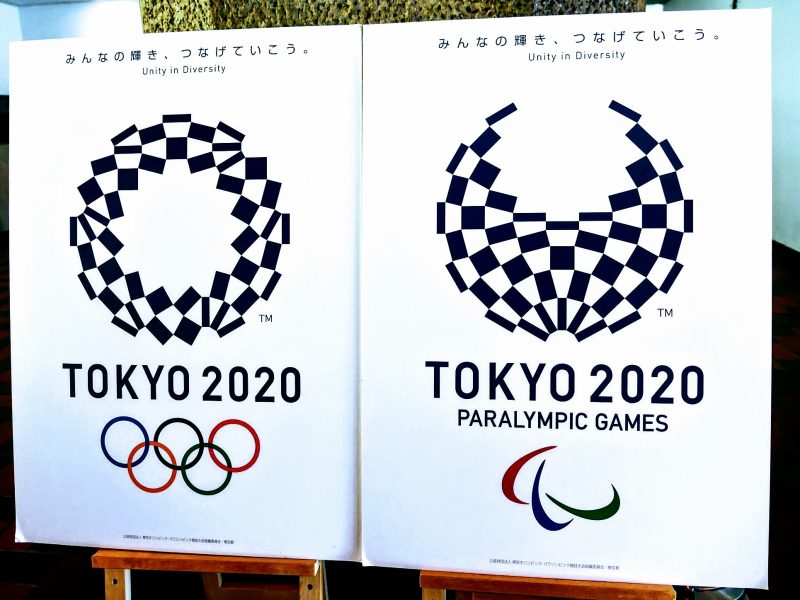 After months of “resistance, rebellion, and rage” following a year-long postponement due to the pandemic, Japan finally held the 2020 Summer Olympics from July 23 to August 8 in Tokyo. To gauge public sentiment following the end of the Olympics, Global Voices used the Twitter API to track the online conversation.

The analysis built on Global Voices’ previous research into public sentiment in June 2021, a month before the start of the Games. We found that a majority of Japanese people — at least on Twitter — did not welcome the Tokyo Olympics, mostly because of surging cases of COVID-19 at the time.

To some extent, in the lead-up to the Games, a divide existed in Japan, between those who supported the Olympics, and those who opposed them. For example, the media regularly criticized various problems surrounding the Olympics, such as a perceived lack of measures to reduce the risk of COVID-19 infection.

Opposition parties wondered why the government would not cancel the Games after announcing a pandemic state of emergency in Tokyo. Another negative news story focused on how funds originally intended to help rebuild the remote, rural Tohoku region following a massive earthquake, tidal wave, and nuclear disaster in 2011 had been diverted to the Olympics.

However once the Games began on July 23, the negative national tone in Japan seemed to shift. Instead, many in Japan appeared to turn into Olympic supporters — at least online.

As a commentator in online weekly Diamond Online pointed out:

It's as if there's a rising mood to bash those who are “anti-Olympics.” For example, whenever anyone who had previously been opposed to the Olympics now congratulates a medalist, they get slammed: “You've been against the Olympics this all along! Why are you so happy about  medals now?

However, the buoyant public mood about the long-delayed Olympics appeared to be temporary. For example, following the end of the Tokyo Olympic Games on August 8, public support for the government that had pulled off an apparently successful event started to crater, according to August opinion polls. The government's steep decline in popularity seemed to be due to a worsening COVID-19 pandemic, and perceived government inaction to confront the crisis.

To better gauge the public mood in Japan following the Olympics, on August 10, two days after the Games ended, Global Voices used the Twitter API to collect 673,841 tweets that included the keywords  “五輪” or “オリンピック”, both common Japanese terms for the Olympics.

Of the nearly 674,000 tweets we analyzed, about 75 percent (516,000 tweets) were retweets. As we found in our earlier June 2021 research about Olympic sentiment, a relatively small number of accounts were driving the conversation.

On top of that, as with our June research, we also discovered that an even smaller number of accounts posting original tweets were responsible for almost the entire conversation online. Just 1,000 tweets, when retweeted, accounted for 50 percent of all tweets covering the Olympics: 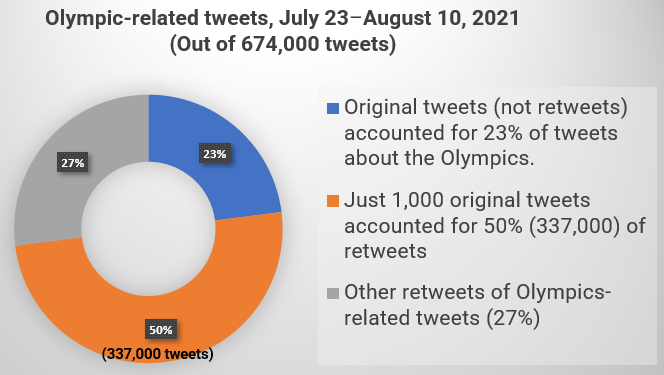 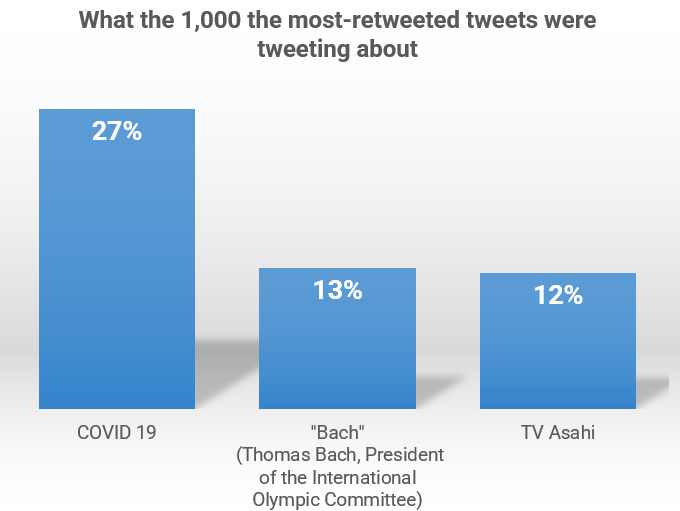 In our study of nearly 674,000 tweets, about 50 percent could be categorized in three themes. Data visualization by Global Voices.

About 27 percent of retweets (92,000  tweets) were related to COVID-19. Most of these tweets expressed fears of rising infection rates in July and August.

In turn, just 343 accounts accounted for half of all retweets. These “top 10 accounts,” in terms of most-retweeted, included social media influencers, media personalities, and news organizations:

The second, third, and fifth most-retweeted accounts (above) are news sites that tweeted out links to news stories about how unfair the Olympics were for regular Japanese people, or the threat posed by rising COVID-19 cases in Japan in July and August, during the Games. Account #7, @yatuzo, is a brand account for a retailer.

One of the most highly engaging tweets about COVID-19 overall was retweeted 3,901 times in a day. The tweet pointed out that, while Olympic athletes had ready access to rapid testing, presumably as a way to mitigate the spread of COVID-19, the Japanese government has generally not provided testing to ordinary Japanese citizens.

Regarding IOC President Bach's visit to Ginza, Olympic Minister Marukawa Tamayo said says, “[Bach] can decide for himself if if visiting Ginza is ‘necessary’ or not.” So you mean to tell me I can also judge the necessity of such trips for myself, too?

There were 42,000 retweets (about 12 percent of retweets) critical of broadcaster TV Asahi, whose staff held a drunken party that resulted in injuries, despite COVID-19 health measures. A tweet critical of TV Asahi was retweeted 8,620 times.

On the evening of August 8, the night of the closing ceremony of the Tokyo Olympics, ten employees from TV Asahi's sports desk held a party at a restaurant in Tokyo. One of the female employees, who was inebriated, accidentally fell from the second floor and broke her arm. The meeting was farewell party for Olympics.

Judging from tweets made during the Tokyo Games, people were afraid of the pandemic, and were frustrated by seeming double standards — one set of rules for Japanese people, and another for members of the International Olympic Committee, such as IOC President Thomas Bach.