'Reported for misinformation and unfollowed [...] this is so very disappointing and dangerous' 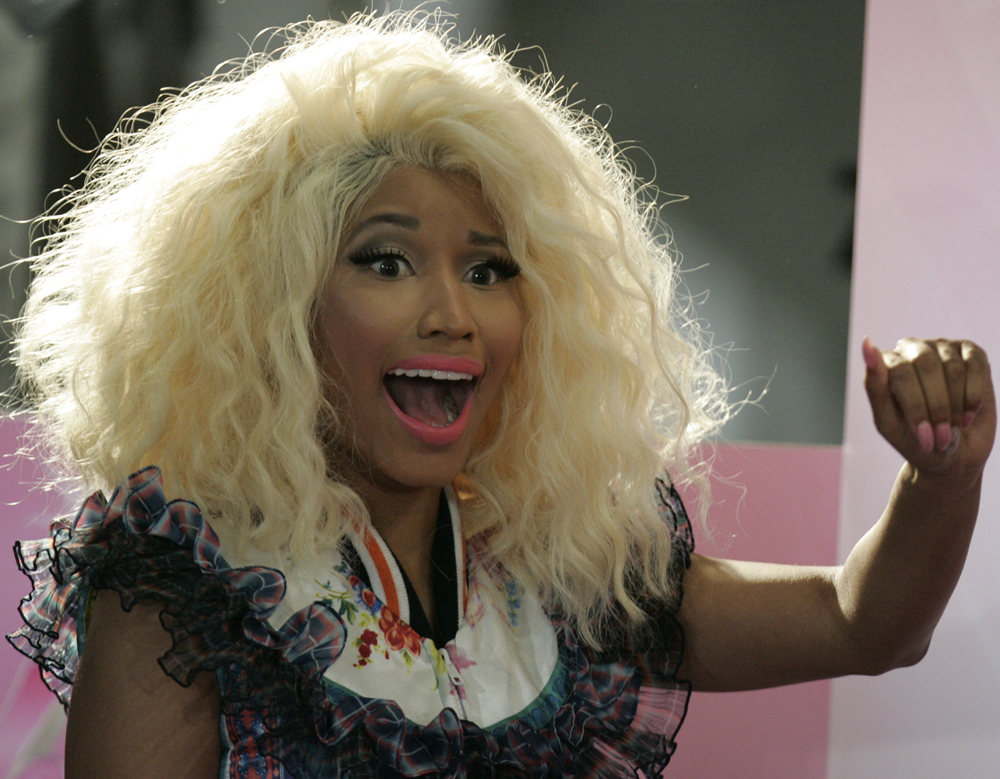 Trinidad and Tobago-born rapper Nicki Minaj has received significant backlash over a September 13 tweet, in which she suggested the COVID-19 vaccine caused impotence.

My cousin in Trinidad won’t get the vaccine cuz his friend got it & became impotent. His testicles became swollen. His friend was weeks away from getting married, now the girl called off the wedding. So just pray on it & make sure you’re comfortable with ur decision, not bullied

The tweet followed several others that dealt with COVID-19 vaccination, including one in which Minaj announced she would forego the Met Gala because attendance was contingent on vaccination and she felt she hadn't yet done “enough research” on vaccine options.

When mainstream media pounced on the story, Minaj said that her comments about the Met had been misreported, pointing to a few other tweets she'd posted, where she recommended that people get the vaccine, calling it “the norm” that vaccinated people are better able to ward off the virus.

Even as liberal television commentator Joy Reid chastised Minaj for using her 22 million-strong Twitter platform to spread misinformation, others called the whole debacle “a rare glimpse […] into how the press twists the truth”, supporting Minaj's clap back that Reid was “spread[ing] a false narrative about a [fellow] black woman.” Others suggested Reid's dress-down was hypocritical, considering that she herself sowed seeds of distrust in the COVID-19 vaccine back in 2020 because it was developed under the oversight of the Trump administration.

Nikki Minaj may not be at The Met tonight but now she is *this close* to being invited to perform at Donald Trump’s reinstatement ceremony so there’s that.

Sorry, this is not a side effect of the vaccine. It is called hydrocele. In adults, the two primary causes are injury or STD (chlamydia or gonorrhea). Probably your cousin's friend was taking one last marriage fling, picked up an STD, & is blaming vaccines. He needs an MD, stat.

Reported for misinformation and unfollowed. I loved you and your music, this is so very disappointing and dangerous

In one judgement-free post, Dr. Raven the Science Maven reposted a rap in which she explained how the vaccines actually work:

Nicki, I made this rap about the vaccine last fall! It talks about the immune system and some of the things that happen with your immune system after u get a vaccine ❤️ happy to talk more about it with you. My space is always judgement free! ❤️? much luv pic.twitter.com/ElFayiCAwd

While some supported Minaj's position, most social media users were not willing to be as tolerant of Minaj's misstep:

Nicki gurl DELETE THIS RIGHT NOW before people DIE from being affaid of this MADE UP BULLSHIT FAKE TWEET!?This is shameful fear mongering & you have No PROOF it wasn't an STD. We’ve got millions of Dead people, we find a cure vaccine, & now you’re encouraging more people to DIE

You understand that because of your celebrity status, your words have weight. Regardless of the fact that you have NO evidence connecting this person’s medical issues to the vaccine, people who are already hesitant (due to misinformation) will choose to not get vaccinated.

Comedian Trevor Noah, while admitting that, for many of Minaj's followers, “that tweet about swollen balls […] will be their research,” was opposed to labelling the star as an anti-vaxxer, since she's saying “she's unsure and she can be convinced”:

If you take Nicki at her word—or anyone who wants more information for that matter—instead of crucifying them to prove how righteous we are, let's show them the research. […]

The good news is that a lot of research has already been done on these vaccines and that research has shown they are overwhelming safe and effective, and their side effects don't come close to the damage that COVID can do to you.

Still, some netizens weren't having any of it:

Nikki Minaj has altered her appearance by getting breast implants, Brazillian butt lift where fat was injected into her ass and multiple other surgeries but she won't get vaccinated against covid-19 becauseshe claims she needs to do her own research. GTFOH! pic.twitter.com/472l8y00da

Nikki Minaj is on here (purposefully/inadvertently???) sharing misinfo about the vaccine and I’m just so sad for the people who are gonna be harmed from this mess. With 1000+ ppl dying daily from COVID.

I wish, with all my heart, that celebrities used their power responsibly.

Many social media users responded to the controversial tweet in the same way they felt it should have been received—with humour:

Nikki Minaj has become an unlikely right-wing hero. Will they still like her when she starts to grind?

Kinda funny that the Met Gala was both a ball held for charity AND a ball for fancy dress, but the balls held by Nikki Minaj's cousin are the ones Twitter likes best. pic.twitter.com/kbJWUAmeGA

A few spared a thought for those also suffering the fallout:

How does he say this with a straight face? https://t.co/kdC0bCumKh

I would make fun of Nikki Minaj's cousin's friend, but I feel like that's low-hanging fruit.

That's the thing that is KILLING me about all of this.

I keep thinking “we're actually a pretty nice country, but we only show up in the global news for the most bullshit reasons” and then it hits me

There are NO WORDS to describe how I wish Onika [Minaj's birth name] would just leave we good name out she mouth. Every single time Ms Starships mentions us is an embarrassment.

…while Dave V Surajdeen was among those who marked themselves safe from the incident: 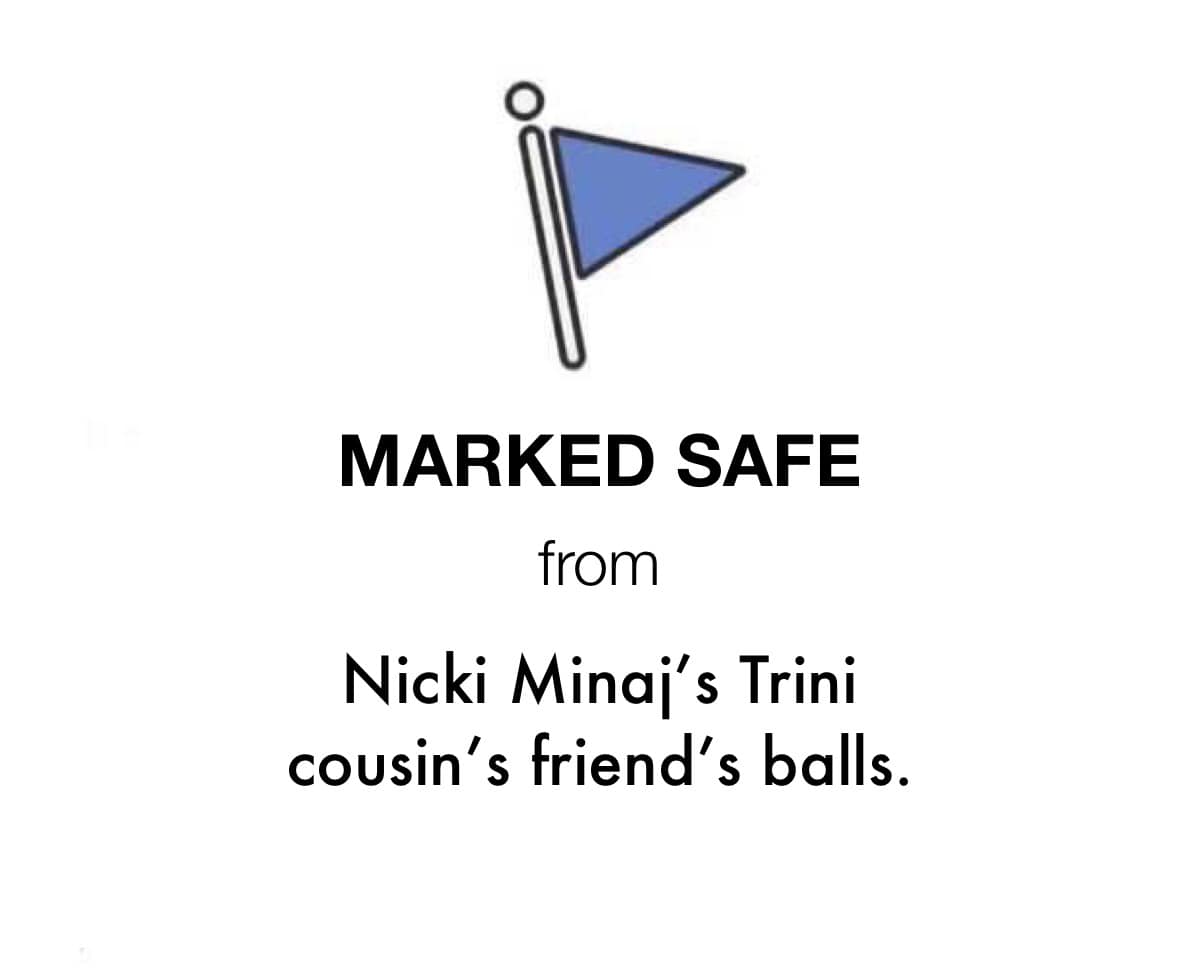 Kyle Griffin whittled the whole controversy down to one sentence, to which fellow Twitter user Cali responded:

Well go educate her nicely. Shes ASKING. Instead of jumping on the lets drag her bandwagon. This is the perfect stage to do it.

With Minaj still getting roasted by the blogosphere, the question of whether celebrity misinformation should be countered with education—rather than cancellation—is still being debated.