In Turkey, first large anti-vaccine rally gets green light from the local government

This was the largest protest by Turkey's anti-vaccine advocates 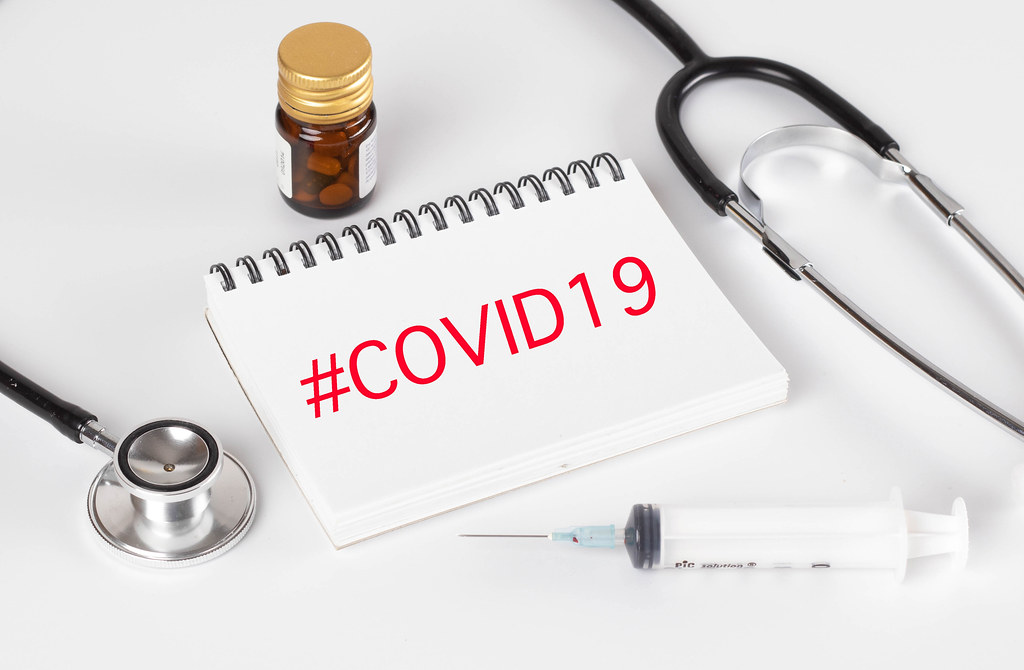 “Stethoscope with notebook and syringe and #COVID19 text” by wuestenigel is licensed under CC BY 2.0

Some 3,000 Istanbul residents gathered at a “Great Awakening” rally to protest vaccines, PCR tests, and public mask mandates on September 11.

This was the largest protest by Turkey's relatively small number of anti-vaccine advocates since Turkey reported its first COVID-19 cases back in early 2020. Reports from the scene showed thousands gathering at the Maltepe rally ground in Istanbul, not wearing masks, and not following social distancing rules.

The rally took place at one of Istanbul neighborhoods, Maltepe, and was approved by Istanbul's Governors’ Office. Several well-known vaccine opponents, including doctors, activists, artists, and writers attended the protest. During an on-stage speech, Abdurrahman Dilipak, a conservative columnist for the pro-government newspaper Akit said reports of patients infected and/or dying of COVID-19 were not true and that the goal of sharing these numbers was to scare the citizens. Dilipak listed five demands during the rally, including closing the World Health Organization Ankara office, lifting PRC test requirements, and banning mask mandates.

Those who were unable to attend joined the protest on Twitter under the #HerYerMaltepeHerYerDirenis (everywhere is Maltepe, everywhere is resistance) hashtag:

We will resist until the end ✌
no to mask ❌
No vaccine ❌
No test ❌#Turkey #istanbul #Plandemia #plandemic #HerYerMaltepeHerYerDirenis pic.twitter.com/Usw3lXk60P

Rally participants were not required to show proof of vaccination or a negative COVID test, which goes against the government's newest health regulations, updated September 6th.

As of last week, the new regulations require proof of vaccination or negative PCR tests for passengers of intercity flights, public transportation, and for those attending large events like concerts or theatre and public spaces as schools and cinemas.

According to the most recent indicators, 48.3 percent of the total population are fully vaccinated, and 61.8 percent have received at least one dose. As September 6 marked the start of the school year when students returned to in-person education, the government lowered the vaccination eligibility age to 12, as it was previously only available to children 15 and over. And yet, the rate of infected patients remains in the range of 20,000 per day. Turkey also entered phase 3 of human trials of its own vaccine, Turkovac. “The inactive vaccine is now at the emergency-use approval phase and Health Minister Fahrettin Koca announced last week that its mass production will likely begin in October once it gains approval,” reported the Daily Sabah. Turkovac will first be tested in Kyrgyzstan, according to media reports.

On September 7, Health Minister Fahrettin Koca announced that at least two cases of the new Mu variant were recorded in the country. Since its first detection in Colombia in January 2021, the Mu variant has been reported in at least 39 countries.

Back at the rally, attendants were not interested in either the new variants or the speed that the virus was spreading. “They called us bigots and anti-science. They wanted to vaccinate us from afar, like animals. Founded by the Bill Gates Foundation, the pandemic started with a news report of the BBC,” said Dilipak during his speech. Some in the crowd agreed. In an interview with Hurriyet Daily News, one attendant said, “Vaccine is Bill Gates’ game. They started vaccinating people in three months. They will make us robots. They will make people sick.” The crowd also called for the resignation of the Minister of Health.

People just don’t want to be treated as disease vectors, as unclean. Students want to get rid of masks in schools. Fathers and mothers want their children not to be abused with routine testing. It is all about freedom. #HerYerMaltepeHerYerDirenis #NoVaccinePassports #JustSayNo pic.twitter.com/E4BbNBXGJO

Others were there to oppose the new restrictions. “Masks, vaccines, and PCR tests might all become mandatory. We're here to voice our discontent with this,” said Erdem Boz, who attended the rally on September 11.

Health experts have criticized the rally participants and their statements. Ankara University Faculty of Medicine Anesthesiology and Intensive Care Specialist, Professor Necmettin Ünal, said it is one thing to be hesitant about getting vaccinated, but it is another to claim that the vaccination “is a plot to annihilate Turkish race.”

Others questioned how this rally was possible at all. Since last year, street demonstrations — especially against the government — were infrequent and often saw violent police intervention when they did occur. The ruling government of the Justice and Development Party has so far has kept silent regarding the rally.