The last election was held in August 2017

Angola is preparing to elect its next president in August 2022, amid much controversy over pending election regulations. The 2017 winner, current President João Lourenço, is expected to seek re-election next year.

The next election should mark a moment of transition and consolidation, given that João Lourenço became president after more than 30 years of rule by José Eduardo dos Santos — one of the world's longest-ruling presidents.

Dos Santos was known for his harsh authoritarian administration, marked by human rights violations and restrictions on freedoms of speech and press. Many saw a 2016 criminal case where police forces arrested a group of activists and detained them under questionable charges as emblematic of his overall rule. The incident became known as the “15+2″ case,  referencing the pre-trial detention of 15 of the 17 arrested activists.

The 2022 election will be held in August but is already causing debate among Angolans. Among voters, there is mistrust about how the process has been managed and a lack of consensus about recent constitutional amendments concerning the upcoming elections.

The modifications to the 2010 constitution state that foreigners will be able to vote in the next elections, as reported by the Jornal de Negócios.

Additionally, the laws paved the way for local elections, established a specific time period for general elections, and offered the National Bank of Angola independence from partisan oversight.

…this revision defines, among other constitutional mechanisms, the political oversight of the executive by the National Assembly, and the universalization of the right to vote for Angolan citizens resident outside the country.

But on September 2, opposition parties called on President João Lourenço to reject the ratification of the general elections law and return it to the National Assembly. Representatives of the parliamentary groups of UNITA, CASA-CE, PRS, and Bloco Democrático, as well as independent parliamentarians, called the legislation a “law of electoral fraud and corruption.”

Days before the recent approval, João Lourenço had already guaranteed that the elections would take place, to allay suspicions that they might be annulled for any reason.

Opposition parties have claimed to have been intimidated by authorities, as have activists protesting for electoral transparency, such as the case reported on 30 August:

Young protesters in Luanda complained of being prevented by the national police from gathering in front of the National Assembly, where they intended to “demand justice and transparency” in the debate on amending electoral legislation.

On the day of the demonstration, in an interview with Deutsche Welle, the young activists complained of the police's actions:

The police are once again blocking our march, we intend to reach the southern gate of the National Assembly so that we can hold our demonstration which aims to demand that our deputies vote for a fair law that can guarantee transparent elections in our country.

In terms of strategy, opposition parties are trying to cooperate to form a united front against the 2022 elections, as VOA reported:

The largest opposition party, UNITA, is currently finalizing the formation of a Patriotic Front, with Bloco Democrático and the project Pra-Já Servir Angola, aiming to head into the 2022 elections with a united bloc against the MPLA. 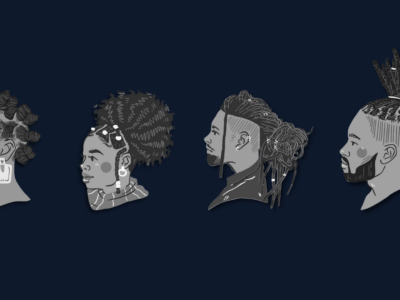