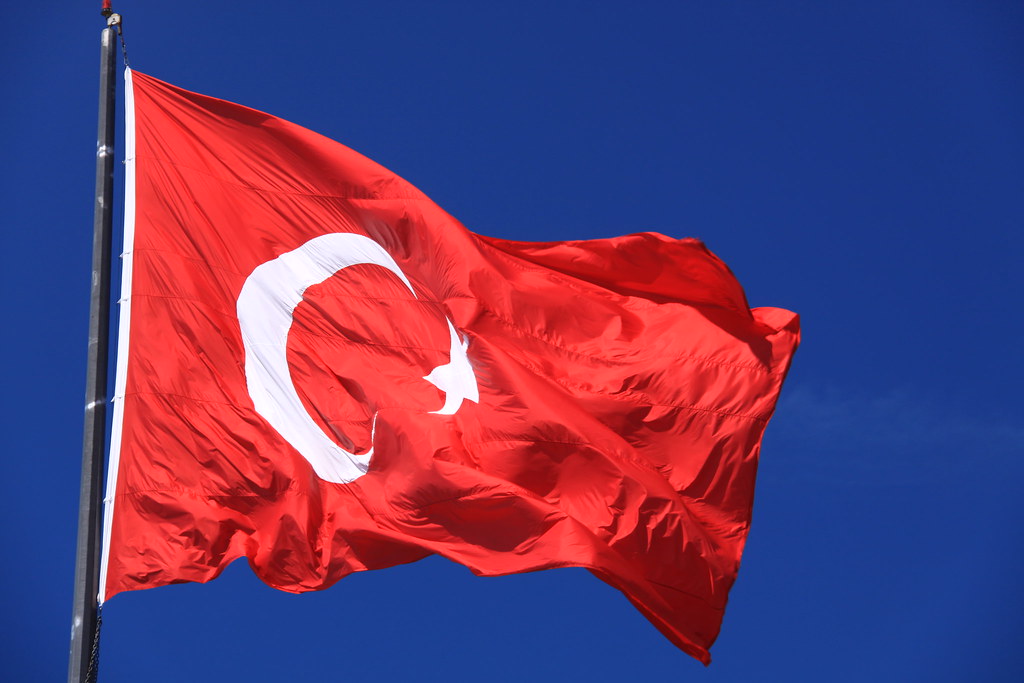 “Turkey Flag” by Jeremy Vandel is licensed under CC BY-NC-ND 2.0.

Turkey's digital freedoms are under threat after Ali Erbas, the head of the Religious Affairs Directorate in Turkey, suggested that citizens’ social media usage should be controlled to align with Islamic values. After Turkey's opposition parties and bar associations criticized the leading government for mixing religion and law, Erbas fanned the flames by suggesting President Recep Tayyip Erdoğan tighten the government's control of social media — a move that aligns with Erdoğan's previous policy positions.

He shared his remarks during a prayer ceremony to mark the start of the judicial year on September 1. His name has dominated the news cycle ever since.

Erbas's thoughts on social media are not new. Earlier this year, the Religious Affairs Directorate published a book titled, “Social Media Ethics” (“Sosyal Medya Ahlakı“). In the foreword to the book, the religious cleric wrote,

It is essential to build a strong awareness, as well as the legal mechanism that determines the legal framework for the use of social media. In particular, it is necessary to develop a self-control system shaped by the awareness that God is watching over us everywhere, and at all times.

Sometimes, continued Erbas in his foreword, laws may not be enough to regulate social media, therefore the cleric suggested resorting to “fiqh” or Islamic jurisprudence. “Fiqh, which imposes both worldly and otherworldly responsibilities on individuals for the behaviors they display, and has the direction of appealing to their conscience, is effective,” wrote Erbas.

The cleric repeated the need for religiously centered regulation in an online meeting on September 5.

Social media, which overflows the virtual and digital world and affects real life, may cause a departure from the moral principles, values, and virtues that religion aims at the level of the individual and society. Therefore there is a need to create a legal mechanism that will determine the legal framework regarding the use of social media as well as the construction of a strong consciousness to counter corruption of values.

Experts fear that the religious cleric's calls for controlling social media platforms may prompt the government to use Article 216 of the Turkish Penal Code to prosecute critics of Islamic values. Article 216 criminalizes “publicly degrading the religious values of a section of the public” and is already widely used in Turkey. In an interview with PEN International, writer Sevan Nişanyan discussed how he was targeted because of the law and how it encroaches on religious freedom in the state:

This article has been criticised for affording different levels of protection to different religions or beliefs and for being applied in a discriminatory manner, particularly towards unorthodox, non-religious or anti-religious beliefs.  These concerns have been highlighted in the cases of renowned concert pianist and composer Fazil Say, and journalists Ceyda Karan and Hikmet Cetinkaya.

In July of last year, Turkey passed a restrictive social media law (the Law on the Regulation of Publications on The Internet and Suppression of Crimes Committed By Means of Such Publications) that creates a series of requirements that will have a lasting impact on digital rights and freedom of expression in Turkey.

A year later, the ruling Justice and Development Party (AKP) expressed interest in rolling out further regulations to combat what Erdoğan described as “a terror of lies,” referring to fake news shared on social media platforms. The draft bill defines spreading “disinformation” as a criminal activity, and if found guilty, the perpetrator could face up to five years in jail for sharing false news on social media platforms.

Yaman Akdeniz, a prominent Turkish academic and cyber-rights expert who spoke with Gazete Duvar shortly after the AKP announced the new bill, told the newspaper that the upcoming bill will further restrict media freedom in a country where restrictions on the media have reached an unprecedented level. “An upcoming regulation will likely cause even more dire picture for information freedom in 2022,” Akdeniz said.