The origins of ‘liming’ in Trinidad and Tobago

Where does the Caribbean word for 'hanging out' come from? 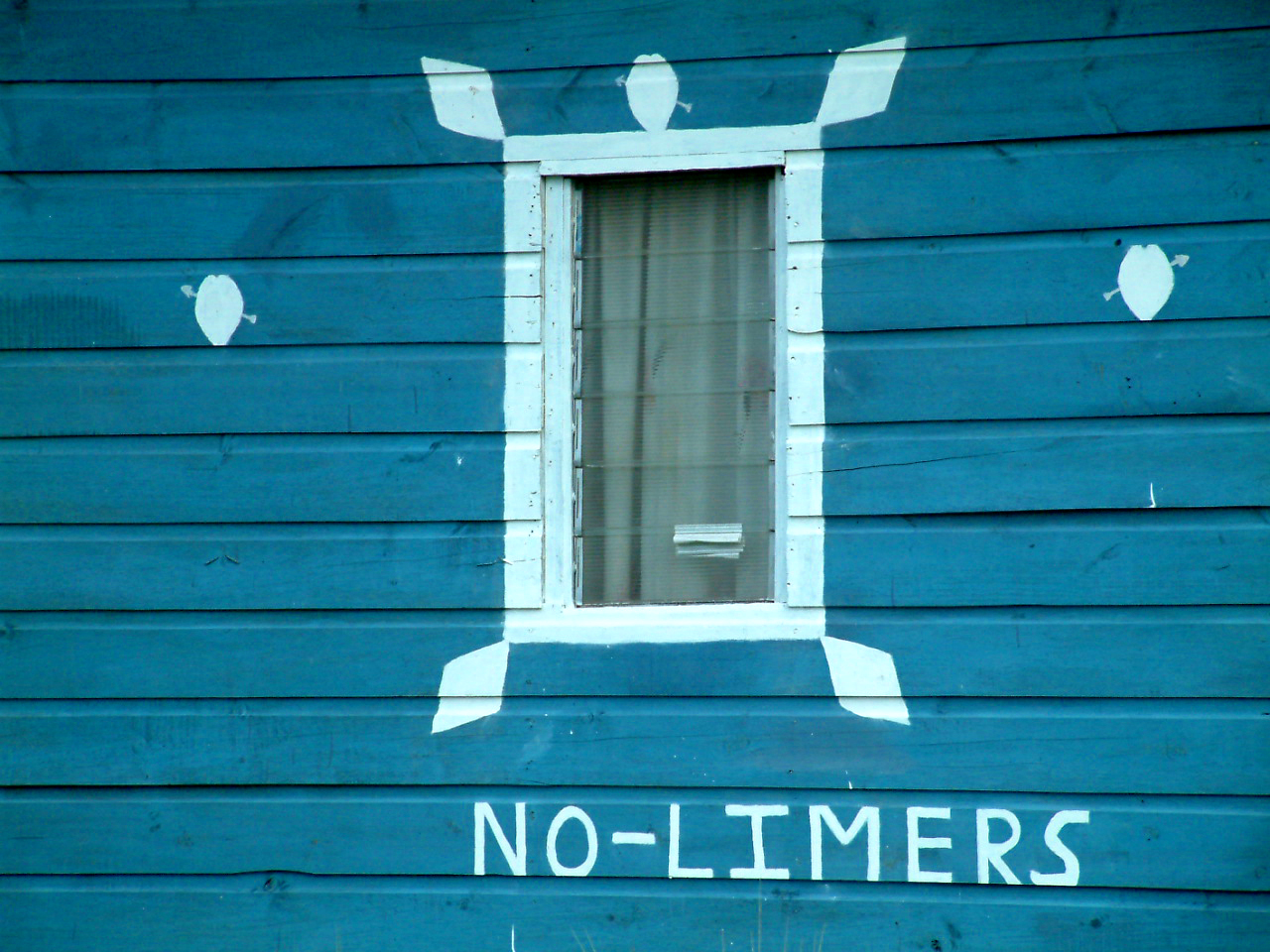 The writing underneath the window reads, ‘No Limers,’ meaning no ‘liming,’ or hanging about, allowed. Photo by shanelkalicharan on Flickr, CC BY-SA 2.0.

It's been more than four years since history buff Angelo Bissessarsingh, fondly known as “the people's historian,” died from pancreatic cancer, but his legacy lives on—perhaps most accessibly through the Facebook page he started in 2010, in what he described as “a fit of boredom.” His Virtual Museum of Trinidad and Tobago, an active public group with about 33,000 members, has become a platform for sharing knowledge of the country's history, traditions and memories of days gone by, often complete with photographs and a healthy dose of humour.

On September 6, group member Frank Best posted information on the origins of the term “liming”–a colloquialism believed to have originated in Trinidad and now used throughout the region to describe hanging out with friends. According to an anthropologist friend of his father's, the word was birthed—“probably in the 1920s”—at Queen's Royal College (QRC), still one of the country's most prestigious secondary schools, whose graduates include writers C.L.R. James and V.S. Naipaul, West Indies cricketer Deryck Murray, economist Lloyd Best, carnival designer Peter Minshall, actor Geoffrey Holder, and Eric Williams, the first prime minister of Trinidad and Tobago:

A group of students who were lounging under a tree and appeared to be engaged in idle conversation, were approached by the principal and asked why they were not in their classrooms. Their excuse was that they were out because they were liming.

Liming was their commonly used term for the act of painting the lower portion of tree trunks. It was white and done both for aesthetic appeal and as a form of protection for the trees.

Many of the trees around the college were painted this way, as can still be witnessed today. Liming was itself a shortened form of the word limewashing, which gets its name from its main ingredient, lime or limestone; its chemical name – calcium carbonate (CaCO3).

Having been spared any disciplinary action for their explanation, the tale soon spread among the students. The word liming thus took on its new meaning, and with time, it spread beyond the boundaries of the college, becoming a colloquial term in the Trinidad dialect.

In response, Facebook user William J Carter posted excerpts from lexicographer Lise Winer's book “Dictionary of the English/Creole of Trinidad & Tobago,” in which the term is linked to British soldiers—“limeys”—commenting:

A most interesting ‘thread’ bringing out all kinds of intriguing prejudices (positive and negative) and biases. A lot of the contributions are entertaining though hardly illuminating. I would respectfully suggest to everyone if one wished to approach the matter seriously, one should refer to a serious source.

It would soon become clear, however, that—in keeping with the lighthearted banter that is the hallmark of proper liming—seriousness was not high on anyone's agenda, especially given the local penchant for competitiveness among schools, with QRC “old boys” reputed to be among the most proud of their alma mater. Best's declaration prompted lots of hilarious responses, far beyond the Virtual Museum of Trinidad and Tobago's Facebook group. Attorney Emir Crowne was off the blocks quickly, retorting:

If all yuh believe QRC men coined the term ‘liming’, then back in 1842 a group of Naps men fell asleep after a long hike from the College to Harris Promenade during an icy winter.
The principal drove by in his Audi R8 and said ‘NAPS! Back to naps!’. And that's where the term ‘naps’ comes from; meaning to sleep, albeit briefly, especially during the day.
[This story was told to me by someone who knew someone who was an anthropologist, therefore it might be true].

In terms of prominence, it could be said that Naparima and Presentation Colleges are to south Trinidad what QRC is to Port of Spain.

Also, the first eggs benedict was made at St. Benedict's College in 1912.

Legend has it that the term used to describe a piece of land that rises higher than everything surrounding it has its origins with Hillview College.

Comedian Simmy De Trini soon chimed in on a Facebook thread of her own:

Believe it or not, QRC men are behind many other origin stories besides discovering the word ‘liming'… Did YOU know…
It was also a QRC man behind the local delicacy [doubles]. After school, the tenacious QRC lad would walk home every day from Port of Spain to Penal. Upon his arrival, he would be so hungry from his journey that he would ask the Single bara [a type of flatbread] seller, a random man of no noble QRC origin, to double his order – thus coining the term doubles.
Other things QRC men invented that you might not be aware of:
1. Soca
2. KFC
3. Horn

“Horn” is the local term for cuckoldry.

So what are the origins of liming? Local historian Gerard Besson, in a telephone interview with Global Voices, says there are a few possibilities. The one he's most familiar with is the connection to British sailors, but in Thomas Hardy's “Tess of the d'Urbervilles,” first published in 1891, he remembers the word lime being associated with a husband never coming home when he's expected because he's lingering at the pub.

In a project that Besson's Paria Publishing Company worked on with local rum manufacturer Angostura, the term was also linked to a punch that British sailors would make—a mix of rum, sugar and lime—after which they would get drunk and become unruly.

There are several other origin stories, including one about sugar cane farmers in southern and central Trinidad who would sit and “ole talk” while waiting for the “lime” to soak into the fields, and another that says it comes from the relaxation men working in the limestone quarry in east Port of Spain took after a hard day's work—accompanied by a few drinks, no doubt.

Whatever you choose to believe about its origins, liming remains a cherished Caribbean pastime, and one that is sorely missed in the midst of COVID-19 restrictions.

Update, September 9, 2021: Lexicographer Lise Winer reached out to Global Voices via email and noted that the line in “Tess of the d'Urburvilles” reads, “…like his parents, seemed to have been limed and caught by the ensnaring inn…”. This contextualisation suggests that the literary “lime” reference more closely resembles being caught the way a bird might be, by the sticky glue on a branch, rather than by the trap of drink.