Three women have been killed by relatives in recent weeks 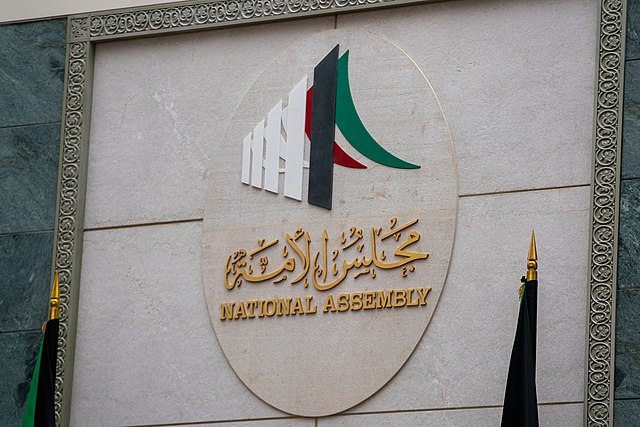 With an all-men National Assembly, Kuwaitis who sympathize with women do not expect swift action to be taken. Public domain photo.

Once again, Kuwait's national population of roughly 1.5 million citizens were shocked by the murder of one more woman, the third in as many months according to local media. The death is sending jolts of anguish and frustration throughout the Gulf state's online spheres, and renewing calls for authorities to protect women in the oil-rich country.

The latest crime was committed on September 2, when a brother killed his sister in the district of Taimaa. This happened as police forces, who came in response to the victim's reports of being threatened and held against her will in the house for two months, were made to wait outside the house, local press said. Arriving at the scene to check on her safety, policemen allowed the brother who received them to reenter the house and kill her, reports in local media said.

Urgent/ Security forces received earlier reports from the victim yesterday and today, in which she said she has been threatened with murder.
With security forces present to check that the sister is alive, the murderer went in to kill her, and then handed himself in to the security forces!

Kuwaiti women, while ahead of others in the Arabian Gulf in terms of political participation and gains, having won suffrage in 2005, continue to face patriarchal dominance within their families and political setup, affecting their choices and freedoms. Recently, Kuwaiti women have been witnessing rising cases of femicide, triggering several protests to demand government intervention to prevent such crimes.

At least three women were brutally murder by male relatives during the a week in Kuwait.
And the country stays silent, with no womens shelter, no task force dedicated to gender based crimes, not even an acknowledgement that femicides exist let alone a promise to do better.

In another tweet, she urged women put pressure on officials. “I wonder what would happen if women, all women, in kuwait walked out for a day. From their homes as mothers, their jobs as doctors and bankers, their schools as educators and students. I wonder if it would wake them up,” Almari wrote.

please do something women in kuwait are getting killed everyday and we don’t feel safe anymore!! @UN @UN_Women #جريمة_تيماء pic.twitter.com/g3AmMPFJfY

Anwar Abdulsamad Dashti, chairman of Kuwait's Freedom Society, an independent organization launched in 2017 to endorse liberal values, wrote on Twitter that the lack of serious movement in response to these crimes affects people's loyalty to their country. He added in another tweet that his society has opened a hotline to receive calls for help.

To the women of Kuwait
Defending you is a humanitarian and national duty
I will not be afraid to confront some families and tribes in your defense
Those who were not brought up well by religion, will behave through law.
Kuwait needs brave people, not heroes, behind the podium of the National Assembly.

Abolish 153 is a campaign that seeks to revoke article 153 of the country's penal code which “offers a vastly reduced sentence to the perpetrator of an honor crime,” treating it as a misdemeanor punishable by a maximum sentence of three years jail time and/or a fine of 14 dinars ($46.59). In a tweet posted following this crime, the campaign said:

The situation is abnormal… three women killed by closest relatives in the span of two weeks.
Security forces must be enabled to intervene immediately without dreading legal repercussions in such cases.
Why don't we have a shelter up until now? #Stop_murdering_women

Protests on the ground also took place in a bid to pressure lawmakers to take action.

For the second time this week, Kuwait has witnessed two demonstrations by both men and women, to put an end to the ongoing commodification and murders..etc of women.

This is a big step that we all support.

Efforts by men and women are appreciated!

However, with a parliament of only men—women candidates failed to secure any seats in last year's elections—and a tense political dynamic resulting in continuous conflicts between the assembly and government, the chances that policymakers will take respond swiftly to prevent similar crimes are slim.