'I started seeing that packet everywhere' 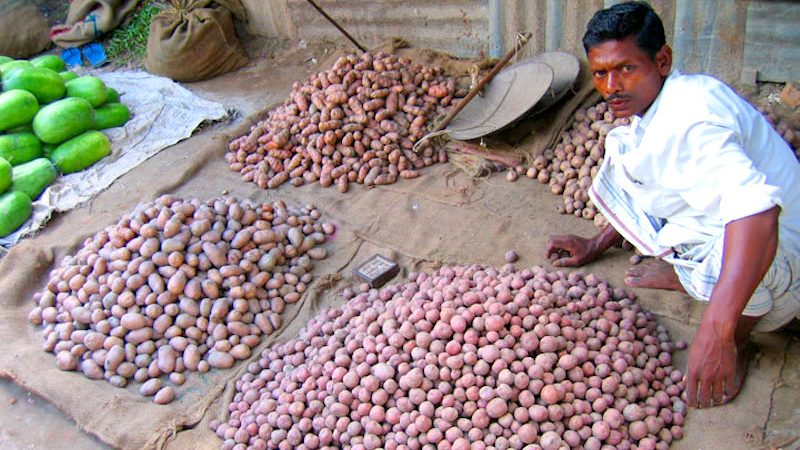 In the markets of the Indian subcontinent, well known for both sweet and spicy snacks and treats, it is typical to see shops selling a range of goodies, biscuits and other readymade products. A glut of companies, big and small, compete to fulfil this demand, but in recent years, one Bangladeshi manufacturer, PRAN, has become extremely popular in India because of its spicy and savoury offerings, topping the market in East India even as it expands its reach to other regions of the country and challenges the perception that products from Bangladesh or other small countries can’t compete with India’s big brands.

As neighbours, Bangladesh and India regularly depend on each other in bilateral trade. Bangladesh is India's fourth-biggest export destination for agricultural products like rice and onions, petroleum products and more, generating around eight billion United States dollars per annum, according to 2020 figures. In contrast, Bangladesh reached a billion US dollars in exports to India in 2019. Clothing, vegetable textile fibre, and paper yarns are some of the most common export items from Bangladesh to India.

The PRAN-RFL Group, an acronym for Programme for Rural Advancement Nationally, is a large agribusiness and plastic product manufacturing conglomerate headquartered in Bangladesh. Its subsidiary, PRAN Foods, was founded in 1981 by Amjad Khan Chowdhury, a retired major general of the Bangladesh army who wished to empower the agribusiness sector and rural farmers in Bangladesh.

PRAN Foods started exporting canned pineapple to France in 1997, and now exports its 200-plus food brands to over 400 million consumers in 145 countries worldwide. Products like juice and drinks, spices, biscuits and other confectionery items, account for nearly 70 percent of its export products. PRAN's brands occupy the shelves in popular grocery chains in the Middle East, the United Kingdom and Malaysia, where there is a significant migrant population from Bangladesh—and now, bit by bit, it's invading the Indian market. 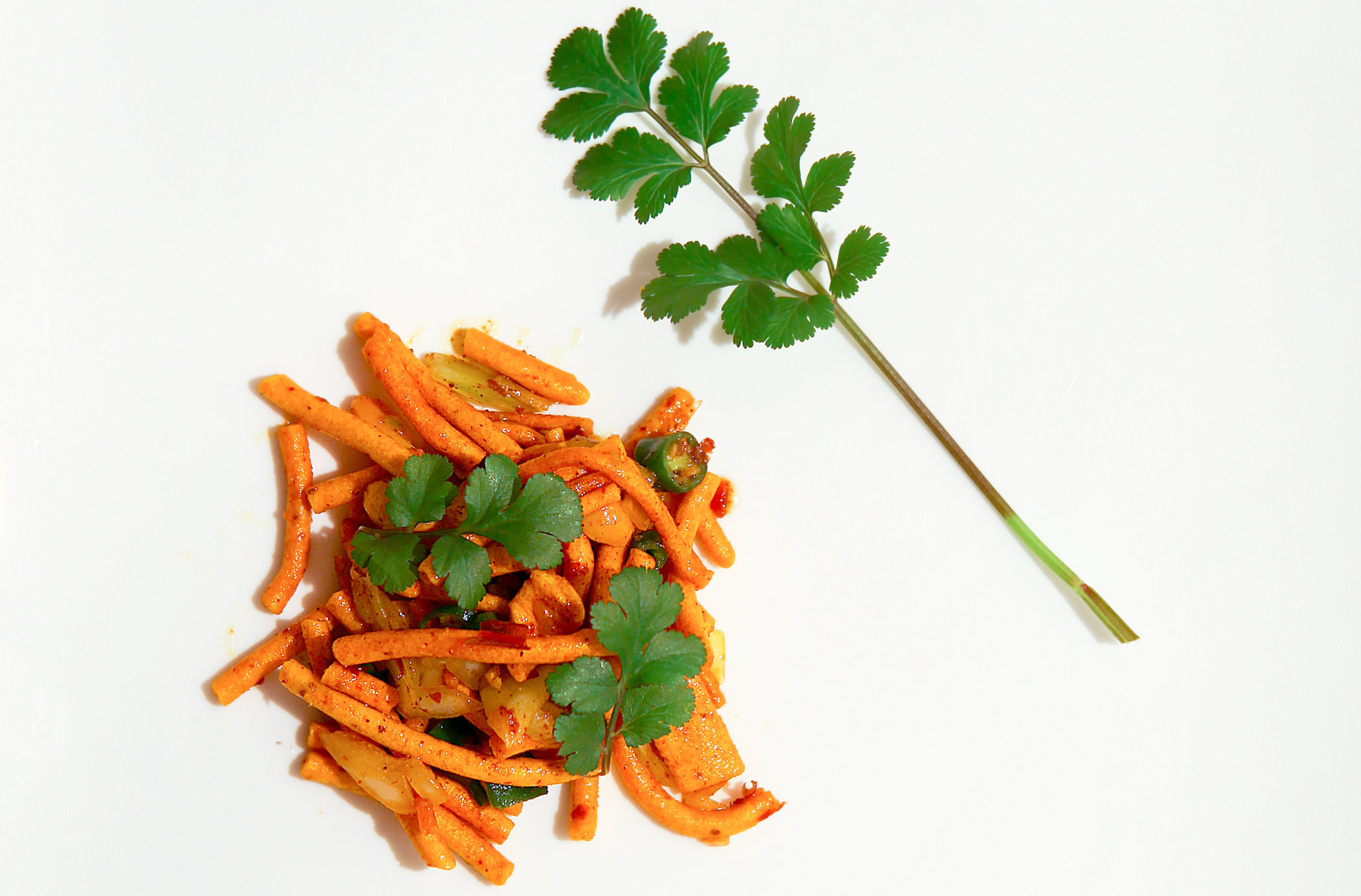 Chanachur or Bombay mix is a popular snack in South Asia. Image via Flickr by Aftab Uzzaman. CC BY-NC 2.0.

In 1997, the company received its first-ever import order from Agartala, the capital city of India's north-eastern state of Tripura, for a product known as Chanachur in Bengali, known by different names in various parts of India. The product was successful, and the company soon added other products to its Indian markets.

In 2015, PRAN established a plant in the Indian state of Tripura investing two billion Indian rupees (27.3 million US dollars) to service the 3.2 trillion Indian rupee (close to 44 billion US dollar) packaged consumer goods sector in India. It was the first time a Bangladeshi fast-moving consumer goods (FMCG) company had set up a manufacturing unit in India. PRAN would go on to set up another plant in West Bengal. Thus far, the company has been able to successfully expand its network in India beyond the traditional East Indian and West Bengal markets, reaching as far as Delhi or Mumbai, prompting Delhi-based journalist Sanjukta Basu to write on Twitter:

Let dad go out after 2 months today. To his fav bakery shop. Delighted to see what he got home. A new spicy biscuit by PRAN a Bangladesh product. I first saw and tasted a Pran food item, mango drink, 20-25 yrs back at a border town in Malda, WB. They've reached Delhi today. Wow. pic.twitter.com/j1Jfa3jS1s

In March 2021, PRAN began to export food products to India using the inland waterway connecting Kolkata from Dhaka. This 710-kilometre route, which takes about eight days to traverse, is expected to reduce export costs by 35 percent, increasing the company's competitiveness against Indian brands.

‘Potata’, PRAN's spicy potato biscuit-chips fusion, is now a viral internet sensation in India. Every year, Bangladesh produces the largest surplus of potatoes in South Asia, which PRAN uses to its advantage. PRAN's potato products are also available in the form of chips and crackers, without the fusion.

Shivam Vij, a writer and journalist from India, tweeted quoting an article and claimed PRAN now leads the potato biscuit market, ahead of Indian companies:

I had this packet of chips that tasted so good I kept wondering what was that?

Ah, it was from Bangladesh. Thanks to @Shrabonti for digging out the back story of Pran’s Potata.

Bangladesh even making better potato crisps than us now. https://t.co/RwgiO28D9r

The product has gone viral on social media and is being mentioned on Whatsapp, food blogs and more. As Shrabonti Bagchi noted in Mint Lounge, the weekend magazine of India's Livemint news site:

I started seeing that packet everywhere — random tweets on my Twitter timeline talking about how these biscuits have been the find of the lockdown, Instagram posts and stories that came up while scrolling mindlessly, and an enthusiastic discussion on a hyperactive WhatsApp group about the best way of sourcing these made-in-Bangladesh biscuits.

Most of the Assamese have a negative image of Bangladesh. But products from Bangladesh are making millions of dollars in revenue in Assam. Are there any Assam-based products which could consolidate in Bangladesh’s market (except cattle)??

Meanwhile, in a post on the Brand Practitioners Bangladesh Facebook page, Bangladeshi social media user Sadman Evan discussed why the biscuit is so popular in both India and Bangladesh:

This biscuit tastes way better than any other spicy biscuits in town. And the price is also very convenient in terms of the taste. This is the reason behind all the hype I guess.

Besides the ‘Potata’, PRAN products like ‘Jhal Muri’, ‘Frooto’, and ‘Litchi’, as well as its range of potato crackers, dry cake, and potato spicy biscuits, are now familiar names in Indian grocery shops, competing with more established competitors and becoming a viable consumer alternative. PRAN's litchi and mango drinks, as well as its sweet toast made from flavoured rusk, are now dominating the Indian markets.

As the popularity of PRAN's potato biscuits grew, Indian food giants quickly took up the challenge to improve their own offerings. ITC, one of India's foremost manufacturing companies, launched the ‘Sunfeast All Rounder’, which it describes as a thin, chatpata masala-flavoured potato biscuit. The product's packaging and design, nearly identical to PRAN's version, prompted many questions about potential copyright infringement. Another big brand, Britannia 50-50, launched its own potato chip and biscuit fusion, ‘5050 Potazos’, in July 2021.

This is the market of FMCG; you are always in […] a situation where your competitor is […] waiting for your move to copy [it]. Competition is just a mirage! You name it, you grab it!

PRAN has undoubtedly created a range of innovative products, blending flavours to achieve market share in the competitive snack industry, while inspiring something of a cult following among snack aficionados in India.