China's crackdown on business, media and entertainment sectors is packaged as a ‘profound revolution’

Is it a call to return to the Cultural Revolution? 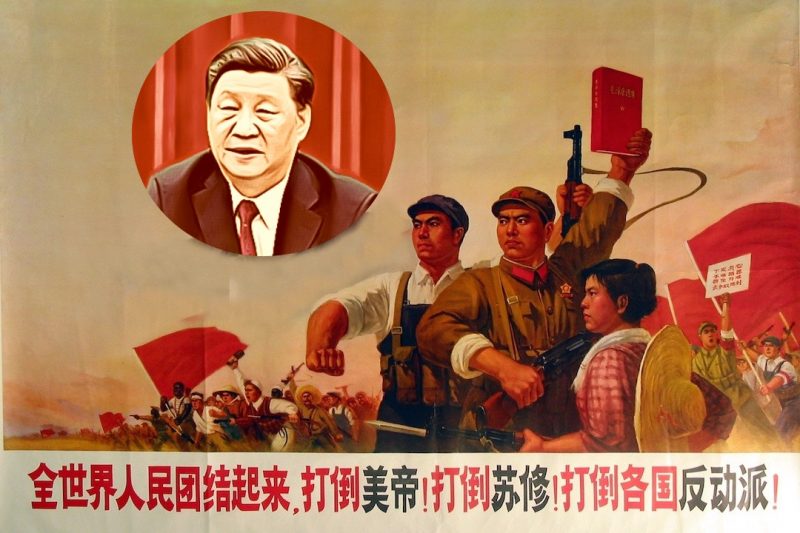 An article that suggests China’s recent crackdown on all sectors is part of a ‘profound revolution’ to shift the country toward a socialist system, has been republished by more than 30 state-owned media outlets since August 29, 2021, indicating a coordinated effort within the Chinese government to promote its message. However, many Chinese political dissidents have suggested the rhetoric in this article is reminiscent of calls for a Cultural Revolution, and could be a means to consolidate power within the ruling party and distract from domestic crises.

China started a heavy-handed clampdown on the private corporate sector from Big Tech companies to property developers near the end of 2020. The crackdown then extended to education, culture and entertainment. There has been speculation about the motivation behind the clampdown and one widely circulated theory is that Chinese President Xi Jinping is using the crackdown to consolidate his power.

Recently, the Chinese propaganda machine provided another theory for Xi Jinping's comprehensive clampdown — a revolution to move away from a ‘capitalist-centred’ system to return to a ‘people-centered’ socialist system.

The article, entitled ‘Everyone can sense that a profound transformation is underway’ (每一個人都能感受到，一場深刻變革正在進行),  is written by Li Guangmen, a nationalist writer. The article begins with an overview of the recent crackdown on celebrities in China. The propaganda authorities have criticized celebrities for being morally corrupt and slammed their fans for being irrational. The article also says the series of crackdowns on private corporations such as the suspension of Ant Group’s IPO, the 18.2 billion yuan fine levied on Alibaba and the investigation of Didi Global, as a sign of a profound transformation toward ‘common prosperity and will alter China’s political-economic system’ (English translation via China Digital Times):

What these events tell us is that a monumental change is taking place in China, and that the economic, financial, cultural, and political spheres are undergoing a profound transformation — or, one could say, a profound revolution. It marks a return to the people from ‘capitalist cliques’, a shift from ‘capital-centered’ to ‘people-centered’. It is, therefore, a political transformation in which The People will once again be front and center, and all those who obstruct this people-centered transformation will be left behind.

The author predicts that the crackdown will be extended to other sectors including education, health and housing, and blames the US for staging a Colour Revolution to bring down the one-party regime in China:

The US is waging biological warfare, cyber warfare, space warfare and public opinion battles against China, and is ramping up efforts to foment a ‘color revolution’ by mobilizing a fifth column [or Quisling] within China. If we rely on the barons of capitalism to battle the forces of imperialism and hegemony, if we continue our obeisance to American ‘tittytainment’ tactics, if we allow this generation of young people to lose their mettle and masculinity, then who needs an enemy — we will have brought destruction upon ourselves, much like the Soviet Union back in the day, when it allowed the nation to disintegrate, its wealth to be looted and its population to sink into calamity. The profound transformations now taking place in China are a direct response to an increasingly fraught and complex international landscape, and a direct response to the savage and violent attacks that the US has already begun to launch against China.

The fact that this commentary has been republished by more than 30 state-owned media outlets has raised eyebrows among overseas Chinese political dissidents, as the coordinated campaign implies that the republication instructions are coming from the top.

Zhu Yuanhe, a former People Liberation Army soldier said the tone of the commentary resembles the editorial run by People’s Daily published on June 1, 1966, which marks the beginning of the Chinese Cultural Revolution:

Today all major media outlets published this article, ‘Everyone can sense that a profound transformation is underway’. I read through it patiently and found myself shivering.  It reminds me of the People’s Daily editorial 55 years ago.

The front-page editorial of the People’s Daily on June 1, 1966, read ‘Sweep away all monsters’. It references former Chinese leader Mao Zedong’s May 16 announcement about the threats of infiltration by counter-revolutionary revisionists to justify a rigorous class struggle against the bourgeoisie. The party’s internal struggle was then extended to a nationwide violent political purge in the name of the Great Proletarian Cultural Revolution.

Cai Xia, a retired professor of the CCP Central Party School also saw a resurgence of Chinese political history. She told Radio Free Asia that China had suffered from COVID-19 lockdown and the US-China trade war in recent years and Xi’s policy has been severely criticised in recent years. She believed that Xi’s political campaign was to divert public attention just as Mao Zedong’s Cultural Revolution was:

Why did Mao Zedong decide to launch the political campaign? It took place in the aftermath of the Great Famine (1959–61). In 1962, during the Seven Thousand Cadres Conference, Mao was forced to admit his failure in the Great Leap Forward  (1958–1962). In order to uphold his leadership, he started a socialist education movement in rural China in 1964 and in 1966 he launched the Cultural Revolution. Before that, Mao had already purged the literature and cultural sector.

A number of international media outlets such as Bloomberg and Reuters also reported on the propaganda piece. Some, like The Australian, also sees the ‘profound revolution’ theory as an attempt to divert attention from the country's economic stress:

The era of Xi’s revolution has officially arrived. Judging from the publication of  ‘Everyone can sense that a profound transformation is underway’ and a series of political moves including the nipping of several business sectors, crackdown on celebrities, the return of rights to rural land to the state, clampdown on property investment … all of these policies happened within the past six months. The suppression is escalating in full speed and very soon everyone and their property would be sucked into a dark hole.

Li Zhi-De, the chief editor of Chinese investigative news outlet the Initium, on the other hand, compares Xi's crackdown with the Land Reform Movement (1949-53), a political movement to purge landlords:

Rather than calling Xi's measures ‘Cultural Revolution 2.0′, I think the move is more resembling the CCP's land reform. My impression is that the slaying of ‘capitalist crocodiles and the rhetorics on their crackdown is closer to the slogan ‘crackdown on landlords, redistribute the land. Through radical measures, it addresses the Chinese grassroots’ basic needs: redistribution of wealth. This is different from Mao's Cultural Revolution which was mobilized through a thin ideology and driven by a practical political need — the party's internal power struggle. […] What can't be ignored is that the slogan that Xi Jinping upholds is similar to ‘anti-corruption, it can effectively gain enough support from the grassroots and this would be a significant basis for the renewal of his third presidential term.