Is a revival of Tatar selfhood possible despite Russia's identity politics?

Tatar identity and language have long been under pressure in Russia 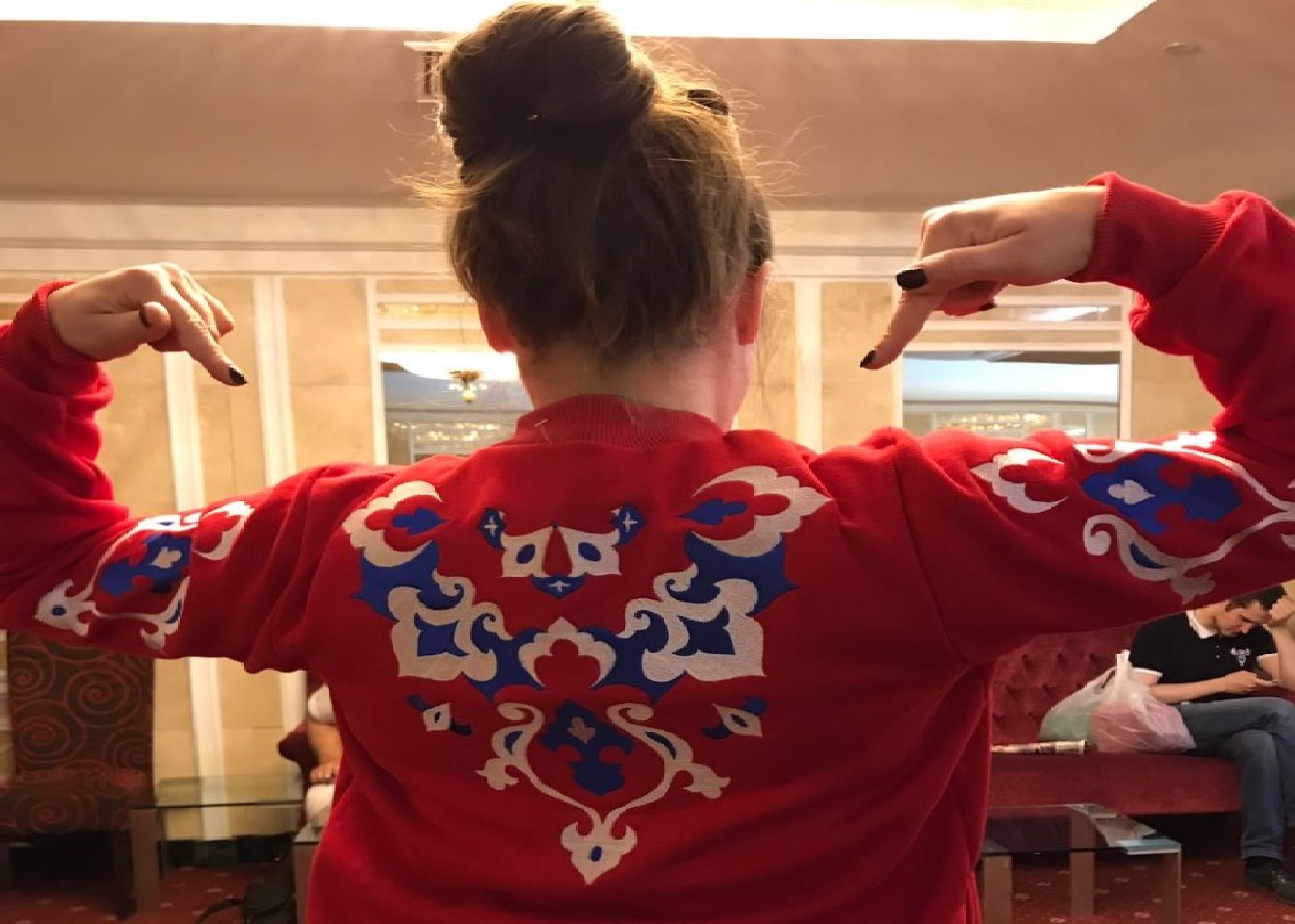 It has been almost four years since a presidential decree limiting the study of indigenous languages in the Russian Federation's national republics came into force. This was in 2017 when the parliament of the Republic of Tatarstan abolished the compulsory study of the Tatar language in schools. What impact has this had on the national self-identity of Tatars living in Russia?

In July 2017, during a meeting of the Council on Interethnic Relations on the implementation of Russia’s national state policy, President Vladimir Putin declared that children should not be forced to study indigenous languages in the national republics that comprise part of Russia. In November of the same year, Tatarstan’s Parliament abolished the compulsory study of the Tatar language in schools and reduced the hours of its teaching in schools from 20 to two hours per week. Interestingly, this decision contravened the Constitution of the Russian Federation, as well as Russian federal legislation which provides equal legal status to Russian and Tatar languages in Tatarstan.

Tatars in Russia have long felt pressure regarding their identity and the use of their native language. That was the situation when political motives prevailed over the legal order, despite the fact that Russian legislation guarantees the use and study of minority indigenous languages. Overall, the new policy seemed inconsistent with the rights of minorities guaranteed by the constitution. The decision to limit the space for indigenous minority languages pointed to the primacy of one (dominant) national culture and ethnicity, and some felt that it led to a decrease in the multiculturalism of the country.

Tatars, being a Turkic people of mainly Islamic faith, are the second largest ethnic group in Russia, where the dominant vector of national identity is Orthodox Slavic. They are also the largest Turkic community in the Russian Federation. The community includes Tatars living in the Republic of Tatarstan (36 per cent), as well as Volga Tatars, Siberian Tatars, Astrakhan Tatars, Crimean Tatars, and other smaller groups. The number of Tatars in Russia according to the 2010 state census, is about six million. Since they are also widespread outside of Russia, the out-of-Tatarstan and out-of-Russia Tatars feel a special connection with Tatarstan, which represents their nation, identity, and needs.

Tatarstan is part of the Russian Federation, and along with the other 21 national republics, is an equal subject of the federal state. The national republics, in contrast to other federal subjects—krays, oblasts (regions), cities—have a special legal status, with the right to have their own constitution, legislative bodies, and even their own president (in Tatarstan). Importantly, their special status also gives them the right to determine their national languages at the official level in the republic along with the state language, Russian.

However, after the presidential initiative in 2017, and its implementation in Tatarstan, the Tatar language, and with it, the status of the Tatar nation and Tatarstan itself seemed to lose their position, a national tragedy to some. However, President Putin felt that the study of native languages should be voluntary. According to him, “forcing a person to learn a language that is not native to him is as unacceptable as reducing the level and time of teaching Russian.” Putin has also referred to the Russian language as “the natural spiritual framework of our entire multinational country.”

Despite activists and members of the public expressing disagreement, staging protest rallies, and even filing a complaint to the European Court of Human Rights about the new language policy, many teachers of Tatar lost their jobs soon after it was implemented, and the status of the language continues to be precarious.

Last but not least, the closure of the All-Tatar Public Center (Vsetatarskiy Obshestvenniy Centr) dismayed many people. This happened after the prosecutor's office demanded that the Tatars’ oldest national organization be recognized as extremist.

Paradoxically, the turmoil around the language policy has led to a revival of Tatar culture in Russia. The younger generation has found a new direction for self-identity, leading to new developments and cultural activity in Tatarstan and beyond. Along with the national holiday Sabantuy, which is celebrated in cities all over Russia and aims to present their culture, Tatars have rediscovered and even modernized other once-forgotten traditions and customs.

For example, elements of traditional embroidery have become part of modern stylish clothes, and several brands are now adding traditional patterns to sweaters or casual dresses. The Tubeteika hat has become an elegant accessory in the modern woman's wardrobe. Tatar bazaars and markets are also reborn in initiatives such as Pechen Bazary (Peçän bazarı), the hay market in Kazan, the capital of Tatarstan. 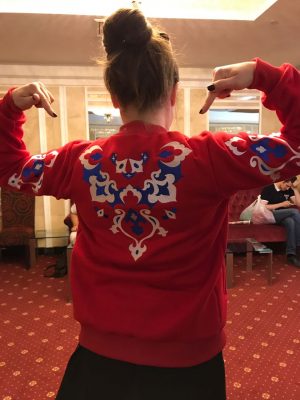 Sweatshirt with Tatar patterns presented by designer Tatarcha Casual at one of the Tatar festivals. Archival image by Elmira Lyapina, used with permission.

Speaking Tatar, wearing traditional clothes, playing Tatar music, organizing different festivals is now seen as a sign of prestige. Tatar songs are featured more often on federal media channels: young artists such as Dina Garipova, Saida Mukhametzyanova, Elmira Kalimullina have all been the part of the franchise show “The Voice” on Russian television.

In addition, Tatar cinema and film festivals also have a new turn in the spotlight. The talented, young Tatar director Ilshat Rakhimbay told Global Voices about his perception of this revival and the rise of Tatar national identity in response to political limitations.

It is quite amazing, and yet not surprising at the same time. Indeed, [we have seen] the development of various Tatar cultural festivals, more performers of Tatar music or music in Tatar language, and more importantly—more acknowledgment and recognition not only from the public, but also from the authorities with a deeper level of consciousness. Deeper respect is shown for the language and culture, and there is no such dismissal as before—it is not only the stage culture, but that is also supported.

Thus, Ilshat Rakhimbay's films are made through the prism of “Tatar-ity.” When asked why national identity matters to him as a film-maker, he explained:

It is just a code that is initially embedded in you, and through the language and culture, in which you grew up, you see the whole world. Through words, mother's language, a special relationship is formed with the world, earth, heaven, people, and the Almighty.

In the 19th century, German philosopher G. W. Hegel, in his “Philosophy of Right” suggested the way to an organic community: “Be a person and respect others as persons.” He stressed that language was a key element of self-identity or self-determination. If a nation were deprived of the key element of its identity, a multinational community could lose the unique cultural heritage it represents. An artist can receive national love when the nation recognizes itself in his or her works, but does the recognition of a minority's national identity require wider public acceptance?