One step towards inclusion in Kazakhstan

Grassroots organizations are taking action with policies for mental disability 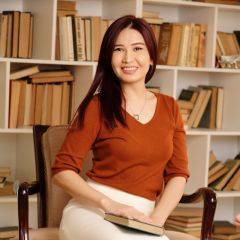 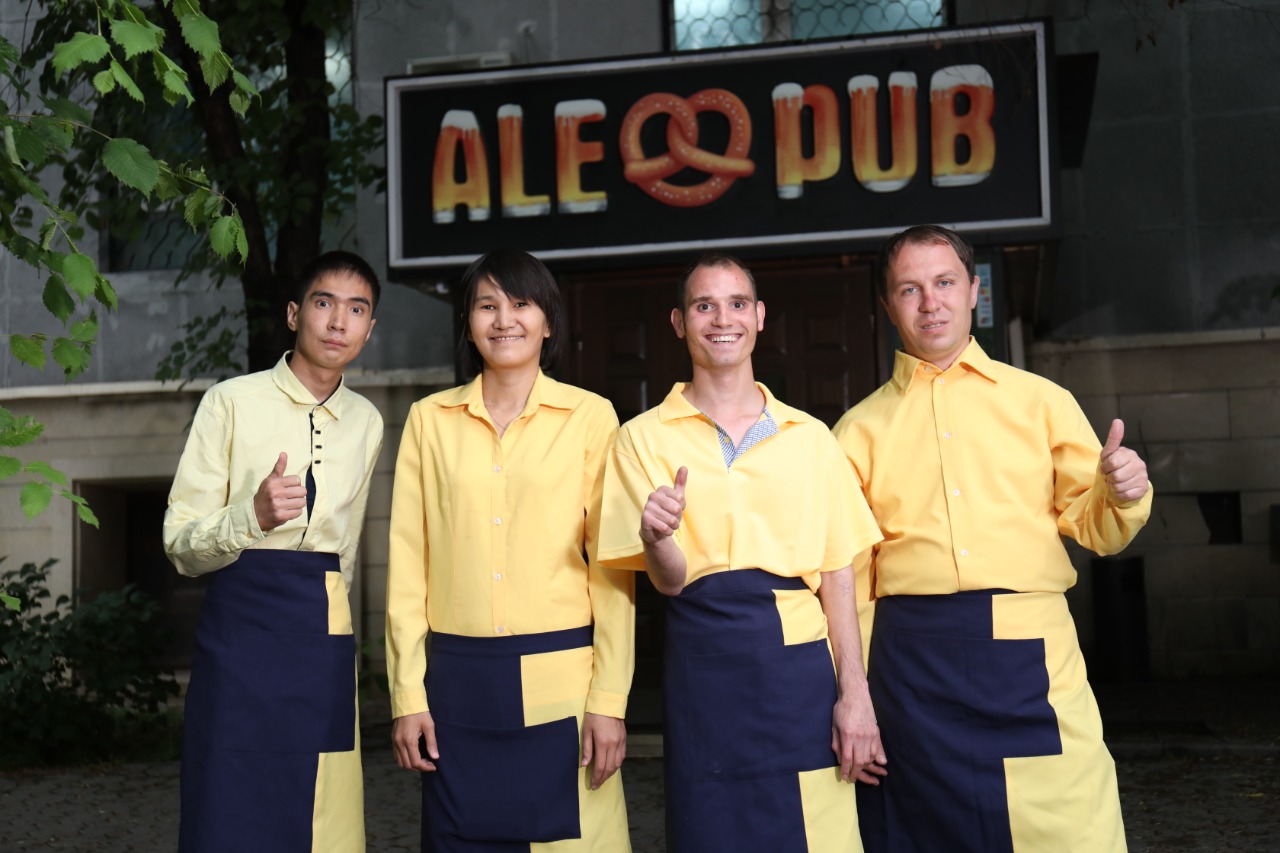 Aidar on the left, with friends enrolled in the project in which he was trained to be a waiter. Photo courtesy of Aidar.

Grassroots organizations in Kazakhstan are taking action with policies for mental disability and one young man's story illustrates the progress made so far.

At 25, Aidar is about to embark on a new journey. He is set to take a state exam to get his secondary education diploma, taking him one step closer to his dream of becoming an advocate for the rights of people with disabilities. In an interview with Global Voices, Aidar said his plans include applying to a college to study law.

Now I am achieving my goal. Last year I wrote to the Department of Education because I needed to get a diploma (secondary education). I  am taking the exam next Monday. After receiving the diploma, I want to become  a lawyer and a chef.

Aidar wants to know his rights as a citizen of Kazakhstan and as a person with a mental disability. That is why he goes by the nickname of prokuror (prosecutor) among his acquaintances and people who have been assisting him in his rehabilitation and empowerment program:

I know that sometimes my rights are violated. I am a citizen of Kazakhstan. My goal is to help others.

Aidar was born with cognitive impairments and grew up in an orphanage for special kids. In 2015, he joined a pilot project by a local NGO, Psychoanalytic Association, which advocates for supportive employment and living for people with intellectual and mental disabilities.

The Psychoanalytic Association, Rukh, and Daryniana are the group of activists who have challenged the current public policies and practices in the psychiatric health care system in Kazakhstan. The work these NGOs do to advocate for personalized care and services for the people with mental disabilities as part of their social rehabilitation is a new practice in psychiatric health care in Kazakhstan. Along with the provision of care and services, these NGOs incorporate employment as part of social empowerment. In collaboration with government institutions, they aim to bring sustainable and positive change in the lives of marginalized groups and make them visible in society.

Kazakhstan ratified the Convention on the Rights of Persons With Disabilities to ensure social and economic inclusion in 2015. This was a starting point for grassroots organizations such as the Psychoanalytic Association and Rukh to advocate for a better quality of life, the inclusion of people with psychosocial disabilities, and bring in better practices to replace the Soviet legacy of mental healthcare, which is still a common practice in Kazakhstan.

Outdated Soviet psychiatric care mainly focused on a medicated approach, with hospitalization in overcrowded boarding houses, which kept the patients segregated from society and did little to change the social stigma around people with mental disabilities. This form of care also did not include further social rehabilitation outside of the institutions. That is where initiatives such as Rukh and the Psychoanalytic Association are doing important work, by dismantling this old system of institutionalized stigmatization so that people with mental disabilities receive care and services in a community-based environment.

When he turned 18, Aidar was deprived of his legal capacity by the local court, which meant he was dependent on his state-assigned guardian at all times and decisions were not his to make. The existing legal norms prevented Aidar from doing such basic things as opening a bank account, scheduling doctor’s appointments, or even choosing his personal treatment program. He could do these things only with assistance from his legal guardian.

According to Article 26 of the Civil Code of Kazakhstan a person can be deprived of legal competency based on a medical diagnosis of mental illness or mental disability. In the case of improvement or recovery later, a person can be recognized as capable by the court. The Committee on Legal Statistics and Special Accounts of the General Prosecutors indicates that the number of people found legally incapable is over 35,000, and local initiatives such as Daryniana estimate that in practice there are fewer than 100 people diagnosed with mental disability who have been granted legal competency by the courts.

The Constitution of the Republic of Kazakhstan states that human dignity and rights are inviolable. However, among all types of disabilities, people with psychosocial disabilities face bigger hurdles as there are no clear guides or regulations on how people deprived of legal capacity can advocate for their rights and needs.

The Law on Social Protection of Disabled Persons is also outdated. Although the law ensures the provision of services for people with disabilities and determines legal, economic, and social inclusion, it is mostly based on an outdated Soviet system.  In practice, this means that many of these services and kinds of care are provided in overcrowded facilities with limited possibilities for personalized care or to address concerns for further social and economic inclusion. Also, a person found legally incapable cannot enter the labor market—which contradicts what the Law on Social Protection stipulates on economic inclusion. Such grey areas in law and how they play out in implementation are among the concerns raised by activists from Rukh and similar initiatives.

After spending seven years in the project, Aidar left in July as he finally gained his full legal competency. He has acquired social skills and can now live independently, relying on less assistance than before. During his time in the project, Aidar was able to secure government housing, which also played to his advantage in his court hearing to establish his legal competency.

I have my apartment, my own job, and I make decisions myself.

Aidar’s journey to his independence, as he called it,  sets a precedent for psychiatric rehabilitation programs in Kazakhstan. His success is a pathway and the beginning of further systemic changes in mental health care in Kazakhstan.