"Maybe I can change the laws with my popularity" 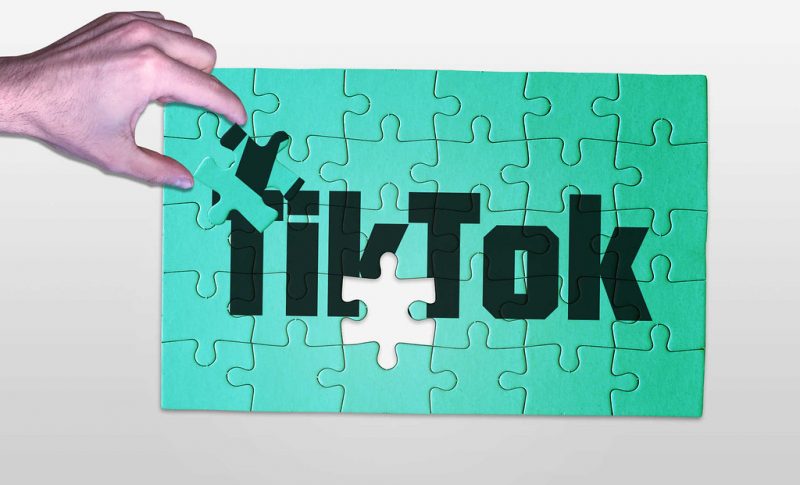 The TikTok black and white jigsaw puzzle. Illustration by Christoph Scholz is licensed under CC BY-SA 2.0

Khabane Lame, better known as Khaby Lame, a 21-year-old Senegalese man living in Chivasso, Italy, became the first TikTok creator in Europe and the second in the world to hit 100 million followers on August 10, 2021.  Lame's ascent highlights the plight of Black content creators and has also exposed the frailty of Italy’s citizenship and immigration laws

Lame began using Tiktok last year in March 2020 after he lost his job as a factory worker due to the COVID-19 pandemic. In his videos, he typically doesn't say a single word. Instead,  he uses facial expressions and hand gestures to poke fun at other internet stars. This is has been lauded as perhaps the key to his success because his movements and expressions bypass cultural and language barriers, making his messages universal.

During an interview with The New York Times in June this year, Lame, popularly known as “the Italian TikToker,” revealed that he still uses his Senegalese passport despite living in Italy since he was one year old.

I love how people are just now discovering TikTok is propped up by cultural appropriation #BlackTikTokStrike pic.twitter.com/WkbVXwmFnx

Lame’s rise to stardom comes just a few months after Black creators on TikTok went on strike in July speaking up about content appropriation and their struggle to gain proper credit. Many Black Tiktokers report meager gains for the online trends they produce, while their white counterparts cash in on the same trends to achieve great success.

For each Black TikTok sensation like Lame on the app, there are several white “influencers” on the app that are making tons”, notes Afrotech.com

Although content creators don't get a share of TikTok’s advertising revenue, the top TikTok performers make substantial amounts of money on the platform. According to Influencer Marketing Hub, the most obvious way is by influencer marketing which requires creators to build a sufficient following of dedicated viewers, then market themselves to brands to sell products to their audience.

Tiktok has carved a niche as the premier destination for dance trends and funny videos. Many of the most popular dances come from young Black creators. However, many do not receive due recognition or compensation for their viral videos. On the flip side, often, when White TikTokers replicate the same trends, challenges, or dance moves, they not only receive fame but sometimes huge fortunes soon follow.

This was the case with the “Renegade” dance move created by 14-year-old Jalaiah Harmon from Atlanta, Georgia, who struggled to get the credit from social media influencers who made the dance a viral phenomenon not just on Tiktok but across Youtube and Instagram.

The hashtag #BlackTikTokStrike created in June has been viewed more than 6.5 million times on the app and has since been trending on Twitter and other social media platforms. Black users are promoting the hashtag to call out what they say is preferential treatment.

Even in the spaces we've managed to create for ourselves, [non-Black] people violently infiltrate and occupy these spaces with no respect to the architects who built it.

Asked about the strike and its content-moderation practices, a TikTok spokesperson told Washington Post:

We care deeply about the experience of Black creators on our platform, instilling a culture where crediting creators is the norm, and fostering a safe and supportive community environment.

The strike is about recognition and giving credit where it is due.

Looking at the potential earnings from creating content on TikTok, it’s understandable why Black content creators are bitter.

According to  Influencer Marketing Hub’s  TikTok Influencer Engagement and Earnings Calculator, Charli d’Amelio potentially earns 56,000–94,000 US dollars per post. D'Amelio is an American social media star and dancer who currently has 122 million followers. Lame is the second person ever to reach 100 million after D’Amelio. 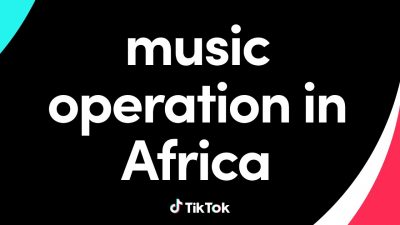 In April 2020, Tiktok displaced Facebook-owned apps to become the most downloaded app in the world.

TikTok has been particularly successful in Africa — even more so in Senegal, Lame's birth country. TikTok currently ranks as the third most downloaded social media app among Nigerians in the Google Play Store and sixth among Kenyans.

In July, TikTok announced a cash grant for 20 South African creators. However, many argue that more needs to be done to ensure fair play and an inclusive environment where unfair practices such as cultural appropriation or reported cases of racial discrimination are dealt with decisively.

Afrotech.com shared some words of caution about Lame's success:

While we certainly need to celebrate wins like Lame’s, we also need to remain vigilant about the wage gap between Black and white influencers, especially on such a popular app as TikTok.

A Senegalese in Italy

Lame's fame has also drawn attention to his citizenship status in Italy, which he describes as a long and difficult process. Though he has lived in the country since his family emigrated when he was one year old, he is still not a recognized Italian citizen. Italy has notoriously strict naturalization laws.

A person who has been legally resident in Italy for at least ten years may apply for and be granted naturalisation as an Italian citizen if he or she does not have a criminal record and has sufficient financial resources. The residence requirement is reduced to three years for grandchildren of Italian citizens and for foreigners born in Italy, four years for nationals of EU member states, five years for refugees or stateless persons, and seven years for someone who was adopted as a child by an Italian citizen. 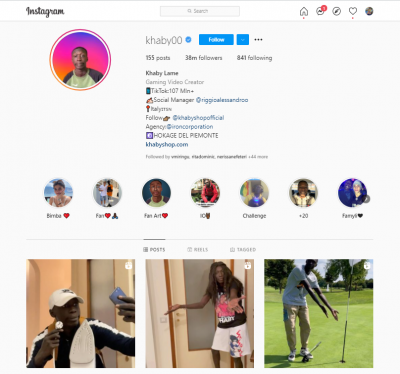 Lame hopes that his newfound fame and recognition will encourage officials in Italy to finally embrace him as their son as he reaches for the stars.

As he told The New York Times, his lack of Italian Citizenship was never a problem before until he began getting invitations to visit the United States by other social media influencers. Lame is now an international star, and this lack of European citizenship is likely to inhibit his chances of gaining international endorsements and partnerships with global brands beyond Italy.

“Maybe I can change the laws with my popularity,” he optimistically told New York Times.

Lame, popularly referred to as the Italian TikToker by his fans, is the most followed personality on TikTok and Instagram in Italy with 100 million followers and about 33 million followers (in June 2021, he had about 25 million) respectively.

Abdoulaye Bah contributed to this article.