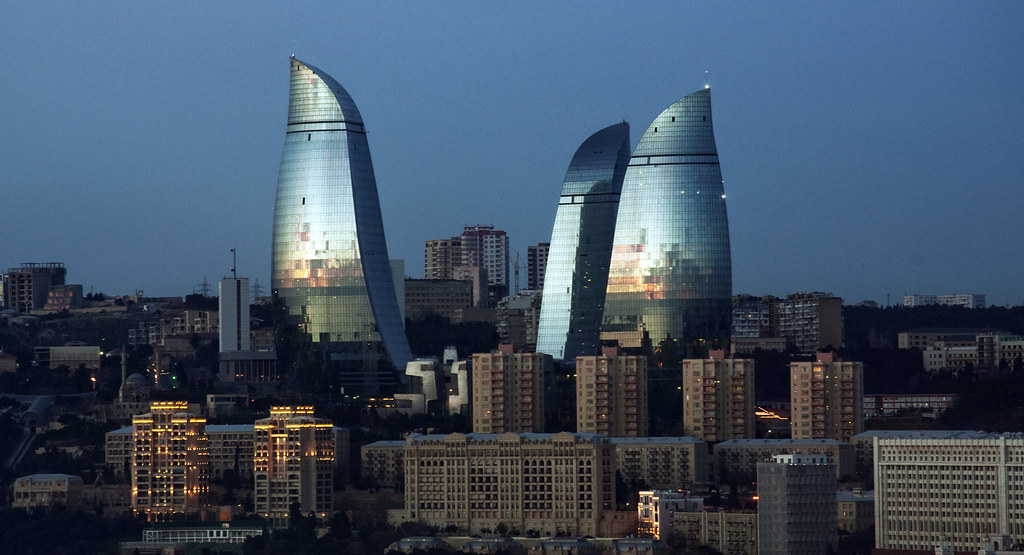 “Flame Towers of Baku” by wilth is licensed under CC BY-NC-SA 2.0

Azerbaijan's government announced on August 28 that it will extend the special quarantine regime introduced last year, as part of government efforts to curb the rising number of COVID-19 infections. In addition, new regulations will come into force as of September 1.

According to the new measures, citizens without proof of vaccination and valid COVID passports will not be allowed to enter indoor venues, including restaurants, cafes, and malls. The restrictions will apply to all citizens 18 years and older. The recent announcement has resulted in long queues at vaccination centers. The measures that will be implemented on September 1 also grant law enforcement officials the right to inspect citizens’ vaccination cards and fine those who violate the new measures. Citizens who violate the rules can be subject to a fine of up to 400 manats (235 US dollars) or arrest, according to reporting by Jam-News.

Some restrictions are already in place, including weekend bans on public transportation use, mandatory use of masks indoors, and vaccination requirements for wedding ceremonies. As of August 13, citizens with mild symptoms have been banned from subway transportation.

Azerbaijan has witnessed a sharp increase in COVID-19 infections since early August. According to the most recent numbers, Azerbaijan confirmed 3,788 new cases as of August 31, while on August 2, the country recorded just 431 cases, according to Turan News Agency.

Currently, four different vaccines are being administered in Azerbaijan — SinoVac, Sputnik V, AstraZeneca, and Pfizer. As of August 31, a total of 6.8million of vaccines had been administered, with a little over 2.9 million people receiving both jabs and 4.1 million receiving at least one dose.

The authorities have also cracked down on fake COVID-19 vaccination passports. In a briefing on August 20, Shahmar Movsumov, the head of the Department of Economic Issues and Innovative Development under the Cabinet of Ministers, said the authorities are aware that some doctors were issuing fake vaccination cards to patients. Movsumov said those responsible will be held accountable:

We received information that those citizens who were allegedly vaccinated and then contracted coronavirus have fake COVID passports. Now they are in critical condition in special hospitals. The doctors who issued fake COVID passports are now being held accountable.”

In an interview with Turan News Agency, radiologist Aydin Aliyev said the increase of fake passports might be related to the government announcing new restrictions effective September 1.

Although Azerbaijan has done well in vaccination rates compared to its neighbors, the sharp increase in new infections is a sign of concern. The region was mentioned recently in a statement by the Europe Director for the World Health Organisation, Hans Kluge, who warned that the steep rise in cases in the Balkans, the Caucasus, and the Central Asian republics could result “in an increased burden on hospitals and deaths.”

So far, Azerbaijan officials have expressed confidence in the health infrastructure and its ability to cope with rising numbers. Speaking at a briefing on August 20, Yagut Karayeva, the head of the Department for Disease Control and Prevention of the Association for Management of Medical Territorial Subdivisions, said the government is prepared to increase the numbers of special facilities for incoming infected patients. That said, Karayeva noted that 96 percent of admitted patients were not vaccinated. Meanwhile, Shahmar Movsumov assured that the authorities do not envision introducing additional restrictions.