'His Sound is as close as your music feed' 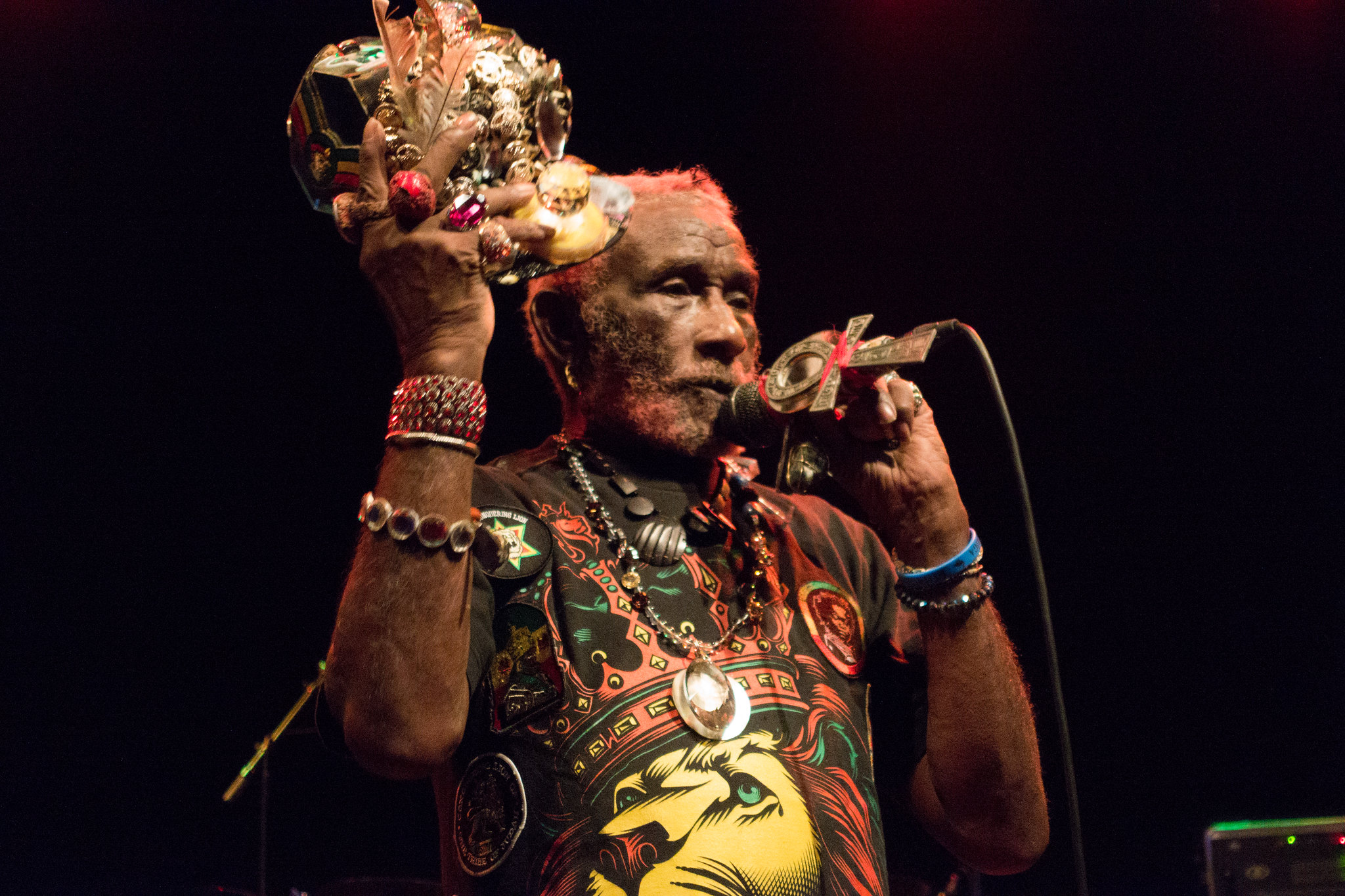 The hugely influential, avant-garde reggae music producer, songwriter and singer Lee “Scratch” Perry died on the morning of August 29 at the Noel Holmes Hospital in Lucea, Jamaica. He was 85 years old.

Officially confirming the passing of musical icon Lee ‘Scratch’ Perry. Spoke to his son, Rocky, this morning. My condolences to his widow, Mireille, his children and other relatives. What a man, what a music, what a life, what a genius!

Further details will be announced. pic.twitter.com/ANHUOPKI5l

The Office of the Prime Minister later issued a press release, noting that Perry had received a National Honour (Order of Distinction, Officer Class) in 2012. The statement included a personal comment by the prime minister:

Undoubtedly, today Jamaica has lost the rhythm and soul of a prolific music icon who has inspired many … Lee ‘Scratch’ Perry was truly one of the most important and creative figures to have come out of Jamaica.

Jamaica honours the memory of one of our most original musical geniuses, Lee “Scratch” Perry. His immense body of work, as a producer & artist, underscores his influence. His unique touch & feel enriched some of our most beloved popular musical compositions. RIP Lee Perry. ?? ? pic.twitter.com/0BX9tTIyUd

Perry was famous not only for his own pioneering dub sound but also for helping to steer Bob Marley’s career in its early stages. Social media tributes came in from Jamaicans and from around the world, including a flood of tweets from Japan, where he was extremely popular.

A New York-based reggae station pointed out that Perry was one of four legendary reggae musicians to pass away in the past year:

play the music • sing the songs • celebrate them in exhibitions • PRESERVE THE LEGACIES? pic.twitter.com/RfuvTuurIb

He was born Rainford Hugh Perry in 1936 in the rural western parish of Hanover; his mother was a farmer and his father a labourer (who later became a professional dancer). Perry left school early and was not particularly ambitious, pointing out in an interview that he preferred playing dominoes—he became the local champion—to getting a job. Dominoes, he said, taught him to “read the mind of others.” Like his father, he loved dancing, and was well known in dancehalls as the “Neat Little Man.”

In the late 1950s, Perry moved to Kingston and began working as an assistant to music producer Clement “Sir Coxsone” Dodd, and later as a talent scout and auditioner for Dodd’s Downbeat sound system. After producing some songs for Dodd’s renowned Studio One label, the often irascible Perry felt unappreciated and fell out with Dodd.

During that time, when he helped launch the careers of vocal trio the Maytals and rock steady singer Delroy Wilson, he acquired his nickname, from a hit record called “Chicken Scratch.” Sound systems were culturally influential—and very competitive—during this period. After a stint with Dodd’s rival, Joe Gibbs, Perry finally struck out on his own, founding his Upsetters label—named after his band—in 1968.

Perry established the Upsetter Record Shop on Charles Street in downtown Kingston, and worked with a number of popular artists in the late 1960s and early '70s, including The Wailers, working on famous songs like “Duppy Conqueror” and “Small Axe”. In a 2015 interview with BBC Channel Four, Perry said, “I gave Bob Marley reggae music as a present”—a theme he expanded on in a 2017 interview for Reggae Vibes magazine, in which he was asked about his early mentorship of Bob Marley.

Perry worked with another famous producer and mix master, King Tubby, during the early 1970s, but he wanted his own space. His Black Ark studio, located in Washington Gardens, Kingston, was completed in 1974. Using only basic equipment, he created a remarkable and totally unique sound at Black Ark, stretching the limits of creativity and experimentation. The music he recorded there was remarkable for its diversity, with artists ranging from toasters such as U Roy, to jazz trombonist Vin Gordon, and even the mournful melodica of Augustus Pablo.

Over the next 10 years, Perry would produce an extraordinary range of Rastafarian-influenced music at Black Ark, including the influential “War ina Babylon” with Max Romeo, Junior Murvin’s “Police and Thieves” and many other classic roots reggae songs. A combination of domestic troubles and infiltration by criminal elements resulted in the studio’s decline by the late 1970s, however, culminating in the building being burned down in 1983.

Perry was not well known to many younger Jamaicans since, being without a studio in the 1980s, he spent much of his time overseas, settling in the United Kingdom in 1983. In 1989, he married and moved to Switzerland, where he continued to produce music. Curiously, his studio there also burned down, in 2015—an incident which Perry called his “Second Judgement.”

Described by many as a musical magician whose imagination knew no limits, Perry constantly pushed boundaries, working with musicians from a wide range of genres over the course of his long musical career. Outside of reggae, he had a great love for hip hop. Upon hearing the news of his passing, The Beastie Boys, whom Perry had collaborated with, shared their appreciation for his genius:

We send the most love and respect we can to Lee Perry who passed today, to his family and loved ones and the many he influenced with his pioneering spirit and work. We are truly grateful to have been inspired by and collaborated with this true legend.
– Mike pic.twitter.com/cmdcnI6hHT

Another musician pointed to Perry's influence on hip hop:

Most modern Hip-Hop owes its sonic fingerprint, whether wittingly or no, to the hands of Lee Perry.

The Man has passed into Legend, but his Sound is as close as your music feed.
4/

We give thanks for the wonderous life of Lee “Scratch” Perry… the ORIGINAL UPSETTER.

Lee ‘Scratch’ Perry has left us and the world of music has lost one of its most enigmatic creators; an amazing, incomparable phenomenon whose sonic sound waves transformed our lives; the ‘Blackboard Jungle’ album alone stands as a beacon of his genius. pic.twitter.com/WgYZ106UNR

However, “Scratch” will always be primarily known for his brilliant creativity during the Black Ark years, his unconventional, often bizarre fashion sense, and his charismatic persona. In 2001, he did a series of captivating television ads for Guinness, and in 2020, modelled for Gucci, at age 84. Perhaps, most of all, for his influence on a wide range of musical genres, there will never be another Lee “Scratch” Perry. He was a musical giant.