'It is a journey that starts with loving our Brown skin' 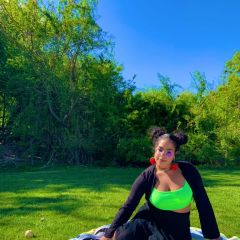 The people on Central American soil inculcated colonial thought through Spanish social norms and a Westernized education system. Children learn Spanish and the history of their own peoples through the voices of conquistadors and the texts they have left behind. This is then perpetuated by whitewashed educators who only tell the European side of the story.

Such voices seep into the hearts and minds of Indigenous peoples, corroding many who may want to identify with their Native background and ancestors, but feel a level of confusion, shame, and even guilt because of the lack of information regarding their Indigenous ancestry. Imagine wanting to connect to yourself and your family but having to put together very limited pieces of a stolen puzzle, while others around you perpetuate your erasure.

Recovering a nativo (Native) identity is key to the disruption of oppressive powers. In my experience, the term refers more to Central Americans who have, at some point, lived at one with the land but who now reside in the north of Turtle Island or in cities within Central America. The term indígena (Indigenous) is reserved for those who still live in isolation with Madre Tierra (Mother Earth) and without communion with the mestizaje (ethnic mixing) of the Americas.

Erasure means vilifying such identities as absurd. Erasure means stealing lands and driving the original peoples to barren or otherwise stressful environments such as urbanized locations with limited connection to the natural environment. Erasure means imposing mestizaje, an identity that is rooted in accepting Spanish conquest and neglecting the existence of natives prior to colonization.

In fact, according to Mujeres de Maíz, an online collective of Indigenous peoples, “Guatemala has one of the largest Indigenous populations in the world,” yet the Guatemalan government only recognizes a mere 40 per cent of the population as Indigenous, even though local Indigenous leaders state that they comprise over 60 per cent. This is one example of statistical erasure. This rings true for other Central American nation-states like Honduras, who only report “nearly 9% of the total population self-identify as a member of either an Indigenous or minority group.” Hence, any Native who has been disconnected from their indigeneity, who may also have been born in urban areas, is not recognized but rather identified as mestizo (mixed ancestry).

Natives on the tail of Turtle Island suffer the backlash of whitewashing, which makes having any Indigenous physical features and mannerisms undesirable traits among people who identify as mestizo. As Native Central Americans, we face some of the worst kinds of treatment a human being can undergo, such as forced assimilation, forced religious conversions, physical violence and cultural “cleansings,” which are truly genocide of our Native identities.

Still, we persist! We fly over a storm of exploitation and social pain as our Guacamaya (macaw) relatives would have. That is true perseverancia (perseverance) as my elders would say. We belong in this hemisphere, we have belonged here for hundreds of years before the ongoing colonization. We, Natives in the center of the Americas, are existing and resisting very powerful forces who hope to reign, via their erasure, over our Indigenous ideologies, connection to the land and protection of resources.

Injustices done to Indigenous peoples in the Americas include land theft, forced child labor, forced displacement, and brainwashing via the education systems. Our Native women have been the first to be exposed to religious missionaries and companies who often violate them and the land, who also take them to foreign northern lands to serve.

Many of my cousins and my own mother have been taken into colonialists’ hands this way, with foreigners enchanting them with lies of a better life, but the reality being dire once they settle in the North.

This is why Natives fight to stop construction projects by outside forces that continue to pillage, rape, and change the sacred landscape we live to protect. Today, the Garinagu on the coast of Honduras still fight for their land rights and demand the return of their stolen brothers; the Lenca in Gracias de Dios are only recognized on “El Dia del Indio Lempira,” while the Tawakh of my Nana’s aldea (grandmother's village) are more and more forgotten as there is no justice for their violent displacement, land theft, and pillage of their crops by drug traffickers and companies from the North. Erasure affects Native voices fighting for a way of life that centers on Madre Tierra and our flora and fauna relatives. 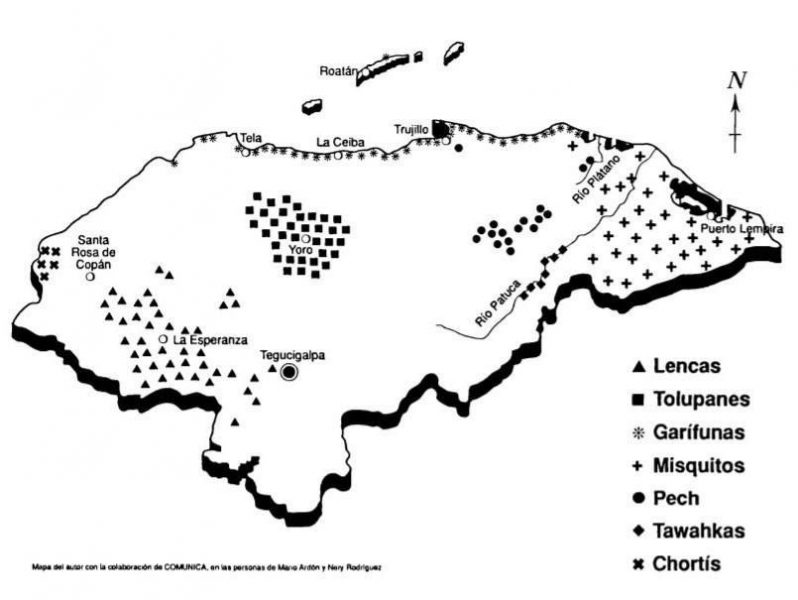 All this I speak from experience of being born and raised on Honduran land with Brown and Black complexions while being inexplicitly taught to disregard and neglect my Nativeness and reject my Blackness. I have endured forced assimilation to the colonial norms and been displaced from my original homeland. I am the living personification that we resist colonial teachings as we suffer the backlash of living as our Native selves.

While thinking of erasure, I asked Edwin Pastor, a photographer and Guatemalan Native about his experience being part of the Central American diaspora and trying to connect to his Indigeneity. He said:

I am living proof that roots cannot be eradicated. I think it is my responsibility to inherit my culture and keep it alive.

Pastor has made an effort to continue sacred cacao ceremonies with his twin brother, record the colorful existence of his elders and other Chapins (Guatemalans) in his dad’s hometown, Totonicapán, and inform others on the Maya K’iche’ festivals. He wants to one day create a collective to teach the young people in Totonicapán how to use cameras and provide them with tools to express their beautiful existence.

I, as an artist, try my best to revive ancient customs and show my ancestors they are remembered in their true beauty—as engineers, artists, architects, water protectors and honest traders. Their legacy lives within people like me. It is necessary to heal from the genocide of our identity and culture in order to reconnect and walk this life in peace and transparency. It is crucial for future generations to discard what does not serve us. We must leave behind colonial concepts such as homophobia, classism, possessive acquisition of lands and capitalistic ideals whereby capital is more important than Native livelihoods.

Deliberate anti-Indigenous tactics—such as violence, land theft, colonial schooling, and Catholicism—spark shame and guilt among Natives. There is no cultural pride when it comes to being called “indio” (Indian) since the word connotes savage and uncivilized peoples, in the view of a Christopher Columbus lost at sea.

When you tell a Honduran, who has been taught to identify with a nation-state, that they are an indio, you will often get a mystified response, “Yo? Yo no soy indio,” they will say with a level of disgust, as if identifying as such is utterly unacceptable, even if the person has very distinct Native features.

We are taught, explicitly or inexplicitly, to hate our monumental noses that would remind one of our ancestors’ ruins; we are taught to hate our dirt-colored skin which is to remind us of our fertile lands; we are taught hate when acceptance and tolerance is the way. It is truly disheartening to experience and internalize distorted perspectives of oneself. It took me going to the North, where I experienced further erasure of other groups of people to realize what was hidden inside of me and all those before me—that my Native identity, too, had been erased and vilified.

It is a struggle and a journey that starts with loving our Brown skin. To move forward, we must center and augment Native voices of the isthmus, especially those of Afro-Indigenous descent, because they are populations who have been the most erased. Although not all of us wear headdresses, as regalia is earned or given in ceremony, we each exist in our fullness with every Native having a distinct path. We need to be respected, heard, and feel seen. We are the seeds they so desperately try to plow and we will continue to grow and adapt. We are the new ancestors. Blessings to those who aid Indigenous people and house us without violence and cultural erasure.