Hydrogen: Savior or boondoggle for Russia?

Aliaksei Patonia explores the promise of hydrogen for Russia's future 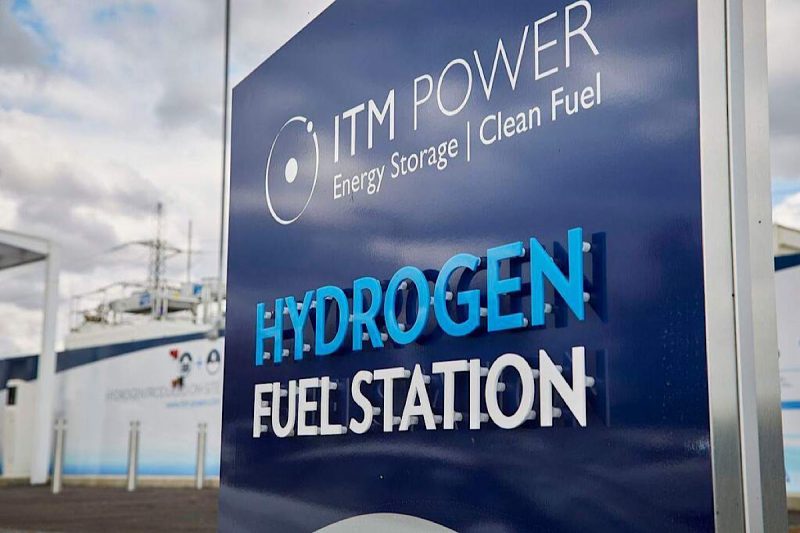 The Russian government’s just-released strategy document for the development of hydrogen as an energy source could be viewed as a turning point in Russia’s energy industry. At the same time, the document carries a familiar message: as the world gradually moves toward decarbonization, Russia is reluctant to lose its status as an energy superpower. With no intention of restricting production of its oil and gas resources, Russia wants to become a dominant global exporter of a new fuel – hydrogen.

Specifically, through the development of this new energy vector, Russia foresees exporting up to 50 million tons of hydrogen by mid-century, bringing an additional $23 billion to $100 billion to the annual budget. More ambitiously, the country intends to take up to 20 percent of the to-be-established global hydrogen market. Although, on paper, this might look like a feasible goal, Russia’s way towards new energy dominance might be bumpy.

Dubbed by some the Swiss army knife of fuels, hydrogen is unique in many ways. As the universe’s most abundant element, it will never be in short supply. It can transform one form of energy (electrical) into another (chemical), store it for a long time and be transported to where it is needed. Most remarkably, however, it does not emit carbon dioxide when combusted. In fact, it generates only water as a byproduct.

These are just some of the reasons why many of the world’s most progressive signatories of the Paris Agreement on climate change have already adopted their national frameworks for hydrogen development, starting with Japan in 2017 and South Korea, New Zealand, and Australia in 2019. Norway, Germany, and the Netherlands were among the first European nations to publish their own strategies, in 2020. Seconding these efforts, the European Union adopted its hydrogen strategy in July 2020.

Viewing hydrogen as a core element in the consolidation of Europe’s energy sectors, the European Commission declares this fuel to be “essential to support the EU’s commitment to reach carbon neutrality.” With this in mind, it set an ambitious target of 40 gigawatts of electrolyzer capacity (using electrical energy to split water into its component hydrogen and oxygen) within Europe by 2030 to produce “renewable” or “green” hydrogen, which is regarded as the ultimate priority.

At the same time, being aware of the technological and financial constraints associated with such a comprehensive shift in the bloc’s energy industries, the EU recognizes that other cheaper and more available forms of “low-carbon” hydrogen (both domestically produced and imported) will have to play a role “in the short and medium term.”

Since the EU is one of the key export markets for the Russian energy industry, losing such an important partner in the energy transition battle is not viewed as an option by the Kremlin. Although the government’s hydrogen “concept,” as the document is titled, declares a goal of pursuing “green” hydrogen, in the short term, Russia will technically be unable to supply zero-carbon hydrogen to the EU primarily due to the insignificant share of renewables in national power production. At the same time, the short- and medium-term uncertainty around supplies of “low-carbon” hydrogen to Europe creates a window of opportunity for the Russian energy sector, traditionally strong in hydrocarbons and nuclear.

In particular, as the exact definition of suitable types of “low-carbon” hydrogen for the EU is yet to be agreed upon, the potential hydrogen color palette for the European market will probably go beyond green. The future spectrum will likely feature “blue” (fossil fuel-based hydrogen), “purple” (produced by electrolyzers using nuclear power), and “turquoise” (generated by methane pyrolysis).

At the same time, to take full advantage of this potential opportunity, Russia will need to significantly reshape its energy environment. For instance, to fully develop “blue” hydrogen, Gazprom and Novatek – the country’s two natural gas exporters – will need to invest in carbon capture and storage (CCS). Though both already seem to be interested, no significant large-scale CCS projects have yet been launched in Russia. Then there is the matter of delivering this form of hydrogen over large distances to the end users – a dilemma that will also need to be solved.

Similarly, with the growing interest in the development of methane pyrolysis, Gazprom has expressed its intention to produce “turquoise” hydrogen potentially close to the end market. With this in mind, the company has already conducted negotiations with such international partners as Germany. While this will dramatically reduce the generation costs, it is still not clear whether the EU will be willing to countenance the use of Russian methane to produce hydrogen fuel on its territory and, more importantly, when this technology will be finally commercialized.

Another giant Russian energy company, the nuclear monopoly Rosatom, has declared its intent to develop “purple” hydrogen. Rosatom already has floated ambitious plans to invest in renewables, and will likely look into developing zero-carbon hydrogen as well. Here, however, the same uncertainty of long-distance transportation appears to be a stumbling block.

Although the Russian hydrogen strategy is the most recent and detailed publicly available document on the Kremlin’s thinking on hydrogen, it is far from dramatically changing the rules of the game in the country’s energy sector. In fact, just like many other similar documents that are supposed to drive the development of the Russian energy industry, it appears to be reactive rather than pro-active, as it was adopted more than a year after the country’s key energy partners formulated their own hydrogen strategies.

More importantly, however, the concept is clearly export-oriented and does not mention significant steps for developing large-scale domestic hydrogen demand that would not be related to export activities. Here, lack of strong internal demand for hydrogen among the country’s own industries, businesses, and population is a factor that can make Russia’s hydrogen industry particularly vulnerable to external factors such as changes in hydrogen type preferences in the target markets.

For instance, with the rapid buildup of the EU’s “green” hydrogen potential, Russian “low-carbon” hydrogen may ultimately find itself pushed out of the European market. Alternatively, in even closer perspective, the European carbon border tax could potentially minimize the cost advantage of the various colors of Russian hydrogen fuel. As a result, the country’s newly built hydrogen sector may prove unable to fully serve its purpose and generate the expected revenues.

Finally, even with no significant upheavals on the future global hydrogen market, the new Russian hydrogen concept may remain a paper tiger if the country does not build up its export potential as planned. Here, given the current desperate need for foreign technologies across many segments of Russia’s energy sector, reaching the declared targets on its own is unlikely to be feasible. This appears to be even more doubtful in the adverse environment of international sanctions, when large-scale cross-border cooperation in most fields is constantly challenged.

Aliaksei Patonia is a visiting research fellow at the Oxford Institute for Energy Studies and a ReThink.CEE fellow of the German Marshall Fund of the United States. He currently focuses on the global energy transition and policies to incentivize “green” hydrogen production. This article originally appeared on Transitions Online on August 17, 2021, and is republished as part of a content-sharing partnership.