The group has to collect at least 25,000 signatures by September 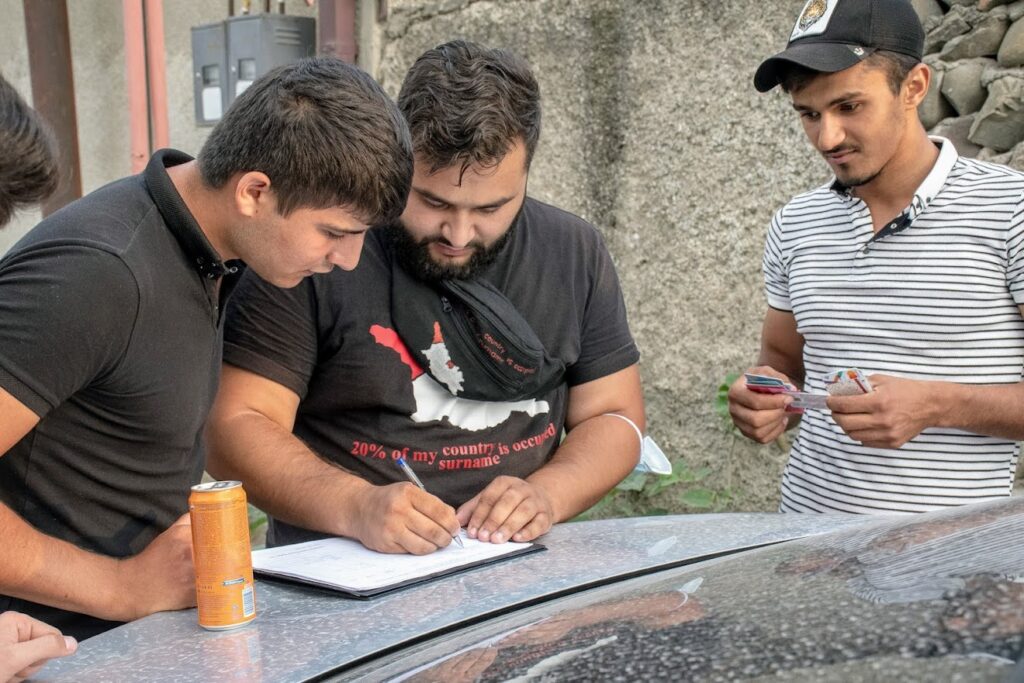 In Georgia, an activist group of ethnic Azerbaijanis is collecting signatures to support legislation that would allow people to remove or alter Russian-sounding endings from their last names. Salam, a grassroots organization in Georgia, advocates for equal rights for and stronger public engagement by ethnic Azerbaijanis in Georgian public life and has been behind several recent campaigns and protests, including opposing early marriages and promoting greater access to basic goods for rural Azerbaijani communities in Georgia.

The group's goal is to have parliament amend Articles 64 and 65 of the Law on Civil Status Acts in order to allow Georgian citizens “whose surnames end with inauthentic/non-traditional suffixes” to remove the suffixes or replace them with “traditional/authentic” suffixes that “already exist.”

Members of Salam have one month left to collect at least 25,000 signatures for the lawmakers to consider their draft law.

If they succeed, ethnic Azerbaijanis in Georgia whose family names, typically ending with -ov, -ova, -ev, and -eva, could have suffixes that are Russian in origin removed or replaced with typical Azerbaijani endings.

Campaigners hope that a signature list with typical Azerbaijani suffixes — including -oghli, -oghlu, and -qizi — would serve as evidence for the civil registry authorities that such so-called original surname forms already legally exist.

The Georgian Law on Civil Status Acts formally allows a person to change their surname to one used by someone from their familial line up to four generations ago. The law also permits recovering one’s “historical” surname provided that the person has “evidence” supporting the claim.

According to Merab Kartvelishvili, Human Rights Program Director at Georgian Young Lawyers’ Association (GYLA), civil registry archives are not a helpful instrument for ethnic Azerbaijanis in this case, as surnames with Russian-style suffixes have been in place for generations, some dating back to the pre-Soviet period.

Salam members have also reported, and OC Media has independently verified, a practice of civil registry authorities informally advising applicants against trying to change their surnames.

“I was told I had to pay 300 Georgian lari [around 100 US dollars in late 2019] when I first applied to change my surname, and they also told me it would probably be rejected,” Sema Sadiq, a 21-year-old Salam board member who wants to change her current legal surname from Sadikovi, told OC Media.

Petitioners, supported by GYLA, the Social Justice Center, and several other major Tbilisi-based rights groups, also cited the 2016 decision by Lithuania’s authorities to allow their citizens to change or remove their surname suffixes.

Mikheil Sarjveladze, Chair of the Parliamentary Committee on Human Rights and Civil Integration, told OC Media on August 17 that he had not seen Salam’s draft. However, they are also working on a separate bill to address this matter.

Sarjveladze said the discussion will have a broad format and will involve different ethnic minority communities in Georgia.

Sarjveladze has said that he will abstain from commenting on the bill extensively until September but noted that amendments addressing surname endings should be “accurate and clear” before they are passed into law.

According to Salam, former European Georgia member and the country’s first ethnic Georgian Muslim MP Tariel Nakaidze is among their supporters, and many others are expected to join.

Not only for ethnic Azerbaijanis

Salam members travel nationwide almost daily to visit settlements in Georgia populated by ethnic Azerbaijanis. Members hope to acquire a signature list long enough for the parliament to notice them and show a  diverse and regionally representative set of signatures.

In the case of Yazidis in Georgia, it’s often -ian or -ov’ suffix forms… One lady came to our office recently saying her mother was Greek with the -ovi ending and that she wanted to sign the petition.

Sulkhan, a 30-year-old ethnic Kist and an activist from Georgia’s Pankisi Valley, said he also tried to change his family name from the Georgianized version, Bordzikashvili, to an original Kist version, Bordzgēr. However, he found it impossible to provide the authorities with the requested archival documents.

“I absolutely support [Salam’s campaign],” Sulkhan told OC Media. “There is a hope that I’ll be able to change my surname with their help.”

In a country where most Georgians decry Russia “occupying 20 percent” of Georgia, referring to Abkhazia and South Ossetia, Salam has promoted the idea that surnames of many Georgian citizens have been equally “occupied” and need to be “liberated” from the heritage of Russia’s domination and assimilation policies.

Activists point out that ethnic Azerbaijanis were given surnames with Russian suffixes since the 1840s under the Russian Empire and especially during the Soviet Union and that other ethnic groups have had similar historical experiences.

“I think that our surnames are indeed occupied by Russians,” ethnically Azerbaijani journalist in Georgia Jeikhun Muhamedali told OC Media. “We are not obliged to have surnames with Russian endings.” Muhamedali, who was raised in the southern Georgian city of Marneuli, said his legal name is Narzalovi but that he doesn’t use it publicly and has, so far, been unable to change it.

Samira Bayramova, an ethnic Azerbaijani civil activist in Georgia, “welcomes” Salam’s initiative but also has some misgivings about its consequences.

“I don’t want all this leading to me being labeled as a “guest” and connected with the identity of another country as I’ve been fighting this all my life […] I don’t want [to have my surname end in] -zade, for instance,” Bayramova told OC Media on August 13.

Bayramova was referring to a trend in Azerbaijan to “de-Russify” Azerbaijani surnames, often by replacing a suffix with a Russian origin to the -zade suffix, which is common among Iran’s ethnic Azerbaijanis. She also referred to a common discriminatory discourse in Georgia that describes ethnic Azerbaijanis as “recent guests” in the country.

Both Samira Bayramova and Salam decried the Georgian Parliament earlier this year for referring to the community of ethnic Azerbaijani citizens of Georgia as a “diaspora.” Salam member Rabil Ismail told OC Media that the last thing they were interested in was endorsing a surname suffix that someone would associate “with another empire” or with neighboring Azerbaijan.

Ismail, from the village Darbazi of Bolnisi Municipality, also noted that as some ethnic Azerbaijanis treat it as part of genuine ethnic Azerbaijani identity, they leave the matter up to individuals while the campaign is about people’s right to restore their family name.

Meanwhile, Samira Bayramova underlined that it is a responsibility of the state, first and foremost, to invest in its own citizens’ quest for identity and help all ethnic groups on this journey.