Turkey views the Middle Corridor as complementary to China’s BRI 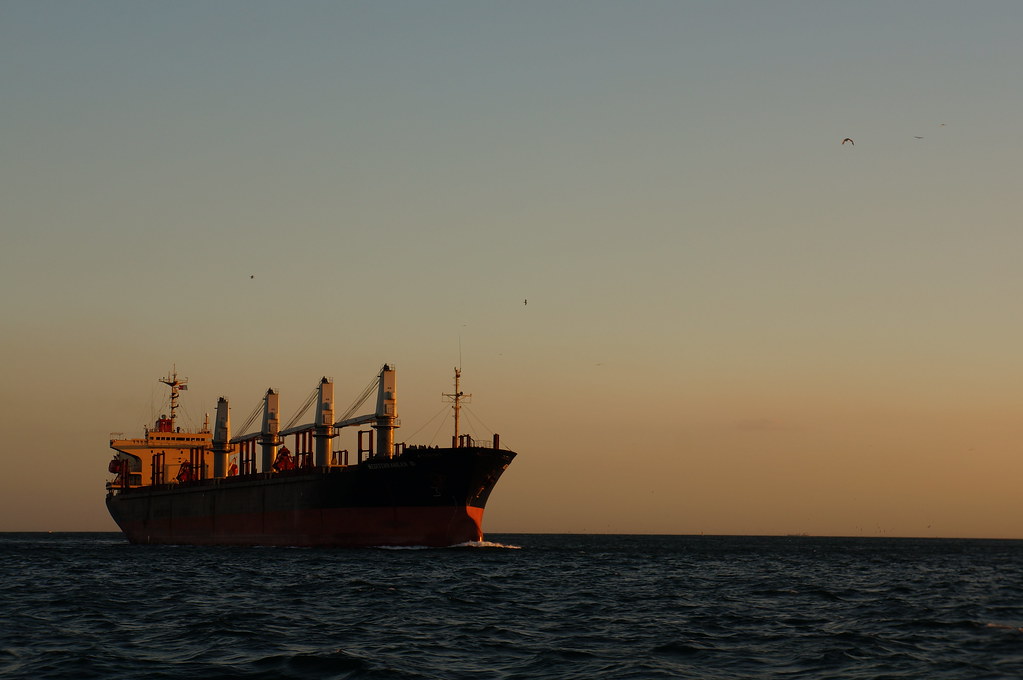 “Oil Tanker in the Bosphorus” by MrHicks46 is licensed under CC BY-SA 2.0

Despite mounting opposition from political and civil society groups due to potential environmental and political issues, President Recep Tayyip Erdoğan is determined to proceed with the controversial Kanal Istanbul project, an artificial, 45-km long shipping canal that will connect the Sea of Marmara to the Black Sea. On June 26, Erdoğan attended the groundbreaking ceremony of what he referred to as his “crazy project.” Many, including the Mayor of Istanbul, scientists, retired admirals and ambassadors, and ordinary people, have criticized the project due to its environmental, economic, and security impact.

Erdoğan insists that Kanal Istanbul will contribute to Turkey's economy and help reduce traffic on the Bosphorus.

According to the Minister of Transport and Infrastructure Adil Karaismailoğlu, the profits from the canal will cover the estimated costs about 12 years after the canal is completed.

But in the meantime, the ruling Justice and Development Party (AKP) seems to have overestimated the country’s financing capacity and has been trying to secure foreign investors. Some of these potential investors include the Netherlands, Belgium, and Russia — though China has emerged as the most viable option. However, China’s possible involvement is likely to worsen an already negative perception of China in the country.

As can be seen on this map from the Turkish Ministry of Foreign Affairs website, the blue line represents Turkey's Middle Corridor and the red line represents the Northern Corridor of the BRI.

Completed in 2017, the Baku-Tbilisi-Kars (BTK) Railway is one of the initiative’s main projects. It is estimated that by 2034, the BTK will carry 3 million passengers and 17 million tons of cargo annually.

As part of the Middle Corridor and BRI, Turkey has made numerous substantial infrastructure investments. The most prominent include the Marmaray undersea railway, Eurasia Tunnel, and the Third Istanbul Bridge that connects Europe and Asia through Istanbul and the Istanbul Airport. Several other infrastructure projects such as the Çanakkale Strait Bridge, Edirne-Kars high-speed rail, and the Three-Level Tube Tunnel are also underway.

One way to change the uneven trade landscape is to increase Chinese investments in Turkey through initiatives like the BRI. Although China is not among the top ten investors in Turkey, over 1,000 Chinese companies have invested in areas such as finance, energy, production, and infrastructure. In 2019, the former Chinese Ambassador to Turkey, Deng Li, expected Chinese investment to reach 6 billion US dollars by the end of 2021. When paired with tourism revenues, Chinese investments in Turkey can play an important role in reducing the foreign exchange outflow from Turkey.

China has also made significant infrastructure investments in the country. In 2015, a Chinese consortium acquired 65 percent of Turkey’s third-largest container port, Kumport, for 940 million US dollars. In January 2020, a Chinese consortium attempted to acquire 51 percent of the Third Istanbul Bridge for 688 million US dollars, however, recent reports suggest the deal is yet to be finalized. This development could derail China's BRI-related infrastructure investments in Turkey, especially as the Turkish state increasingly views the bridge as a major part of its Middle Corridor initiative.

Of all Chinese investments in the country, possible Chinese funding of the Kanal Istanbul project has triggered the most heated debate in Turkey.

The Turkish government estimates the cost for the project will reach 15 billion US dollars. But with mounting economic problems, which have worsened due to COVID-19, the ruling government needs a cash infusion. Furthermore, according to Reuters, Turkish banks have largely stayed away from the project because of the expected environmental damage, potential financial risks, and widespread political and societal opposition to the project.

Several reports claim that China is eager to finance the expensive project and has discussed it with Turkish officials during diplomatic visits. On April 30, 2021, Turkish Minister Karaismailoğlu confirmed China’s interest and added that Netherlands, Belgium, and Russia are also interested in financing the project.

Republican People’s Party (CHP) President Kemal Kılıçdaroğlu has warned potential investors and foreign governments not to finance the project. On May 9, he stated that if the opposition coalition wins the next election, the new government will not pay back the money invested by the investors and will even distance Turkey from the investing countries. A similar warning was made by the leader of the Good Party (İYİ Parti), Meral Akşener.

According to a MetroPOLL survey, the majority of Turkish society opposes the Kanal Istanbul project. While 51 percent of respondents think that the main reason for the project is to generate profit, only 29.1 percent believe Erdoğan’s claim that the canal will reduce maritime traffic in the Bosporus.

Alaeddin Yalçınkaya, a professor from Marmara University, believes Chinese investment will result in China’s colonization of the Kanal region. The Future Party (Gelecek Partisi) leader Ahmet Davutoğlu also claims that the AKP government expects China to provide funding for the Kanal in exchange for lands around the Kanal area, which would damage Turkey’s national sovereignty. Others also warn Turkey about “debt trap” diplomacy, which refers to China’s policy of confiscating lands for unpaid loans.

So far, the government has shrugged off the criticism by focusing instead on actively promoting the Kanal Istanbul project.