With attacks on Ukrainian activists on the rise, civic pressure is key to ensuring justice

Hanna Belovolchenko explores why crimes against Ukrainian activists are escalating 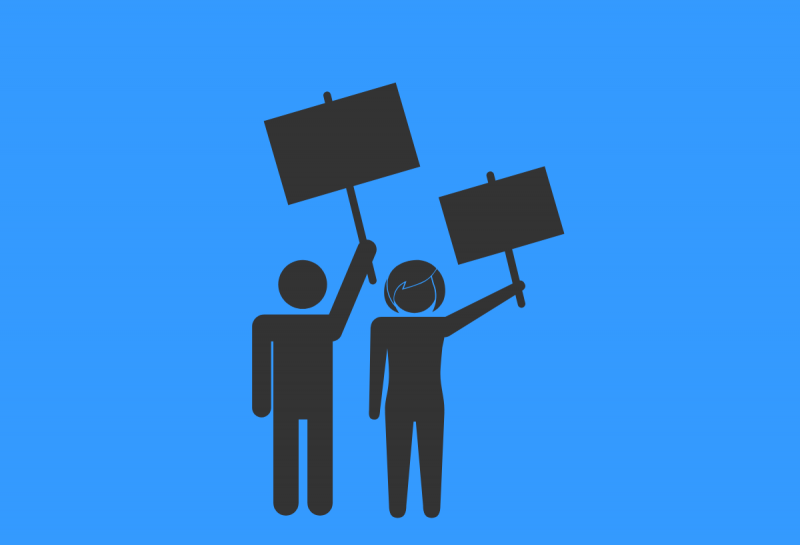 On July 16, 2021, an activist’s car was torched for the second time in six months in Rubizhne, a town in Luhansk region. On July 15, in Dnipro, two unknown persons assaulted a local human rights defender. On June 18, a car belonging to the daughter of an Odessa-based activist was burned to the frame. On June 22, something similar happened to an eco-activist in Kyiv.

This is just a small sample of attacks on community activists in the past two months. Since 2019, Ukraine has seen a sharp rise in incidents of harassment of those fighting against corruption, illegal construction, and human rights violators. These numbers continue to rise in 2021, according to a recent report by Zmina Human Rights Center. Zaborona spoke to several of the affected activists to explain why these crimes and attacks will only increase.

“Our tools: a computer and printer”

At around 3 a.m. on June 22, a car burst into flames near an apartment building in the Kyiv neighborhood of Nova Darnytsia. Two unknown figures had poured some sort of liquid over the car and fled. The fire spread to neighboring cars and then to the cars parked outside in the courtyard. The initial car burned belonged to a Kyiv eco-activist named Oleksandr Silchenko, aka Oleksiy Kot (“cat” in Ukrainian). Since 2016, Kot has been fighting against illegal construction in parks in Darnytsia.

“Our neighbors called us in the middle of the night and said ‘Sasha, your car is in flames!’ I’m on the balcony – it’s definitely burning,” Silchenko recalls the events of that night. “We called firefighters, the police. Though by that time, everything had already burned to the ground.” No suspects have been identified, he says.

Silchenko believes the arson attack is connected to his activism. In his work with the “Parks of Darnytsia” community organization, they’ve had the time to “annoy many,” he says. Not long after the arson, he received a call from an unknown number. The conversation began with the words, “You must understand – if you keep shoving your nose into other people’s business, then you should be ready for problems,” Silchenko recalls. He doesn’t know who called him, as the police have yet to identify the caller.

“They thought to scare me with these methods. But this has all only provoked me. If it’s come to that, then we’re just considered cattle who don’t even have the right to their own voice. That option doesn’t suit me,” Silchenko says. He’s a Kyiv resident who grew up in the Darnytsia district, and over the years has tracked how his district has changed: the spread of apartment buildings, the loss of green spots, the formation of a “concrete ghetto.”

In 2016, Silchenko was far from activism: he bought, repaired and resold damaged cars. But five years ago, his patience snapped. That same year, in the Poznyaki neighborhood not far from Darnytsia, a company called Zhitloinvestbud-UKB began erecting a 27-story building that would contain 1,300 apartments on the site of a small lake, Kachyne. Local residents were incensed and a group of volunteers gathered through social media to protest.

“We were called through Facebook. I came there and ended up [in activism] for the long haul,” Silchenko says. During protests in 2016, he and other opponents of construction sometimes had trouble with titushki (street thugs, typically employed to break up protests or provide intimidation). But they kept the lake from being destroyed, for now.

Later, Silchenko turned his attention to the Park of Partisan Glory, also in Darnytsia and a protected natural area. He and others first wrote letters to the local authorities and convinced them to remove the paid swings that were surrounded by fences from the center of the park. Then, more than 30 coffee kiosks which blocked pedestrian paths were removed. Now they’re trying to get rid of a “self-authorized” restaurant built on park premises. Silchenko approached in turn the ecological inspection service, the Kyiv city administration, and the police. Finally, he says, it was decided on 14 April that the restaurant should be demolished, but it continues to operate for some unknown reason.

This year, Silchenko and others registered Parks of Darnytsia as a community organization in order to make it easier to fight illegal construction. He says that previously, when they were working purely as private citizens, they were “seen as local village idiots, who themselves don’t know what they want.” Now it’s “easier to get to city councils, to regional ones,” and actually exert influence on decisions.

“We don’t engage in protests where [people] run around with signs and yell inarticulately. Our tools are a computer, printer, and visits to official commissions and meetings,” the eco-activist explains. “If we’re trying to build a law-based government and demand justice, then we need to act legally.”

Regardless of his intent to keep fighting, Silchenko admits that he doesn’t feel safe as an activist in Ukraine. Silchenko doesn’t rule out being targeted for further attacks. If previously, threats were limited to “children’s accusations on Facebook of the ‘Let’s meet’” variety, today they’ve escalated to actual harm.

“But I’ll continue doing what I do,” Silchenko insists. “Otherwise, what’s the point of even living in this country?”

In 2019, human rights groups counted 83 instances of harassment of civil activists. This number rose to 101 in 2020, according to the Zmina Human Rights Center. There were 107 incidents of harassment and pressure on civil society workers in the year ending in June 2021, according to the Association of Ukrainian Human Rights Monitors on Law Enforcement. Anti-corruption work, environmentalism, and LGBT rights remain the most dangerous spheres of activism. The hot spots where attacks happen most often are Kyiv, Odesa, and Kharkiv regions.

For example, the Kharkiv-based lesbian-feminist organization Sphere has been attacked 28 times since 2017: their windows were broken and animal livers have been tossed at their building, Kateryna Mitieva, a spokesperson for Amnesty International Ukraine, tells us. The police have only opened three criminal investigations into the attacks, and even those aren’t being properly investigated.

Over the past eight years in Ukraine, it has become easier to hold civic protests, as the police and the authorities compromise and provide security. But these positive trends don’t extend to defending the rights of activists, Mitieva explains. This is mostly due to lack of proper legal norms (e.g., no laws to address hate-based attacks against LGBT activists), she says, also noting that police forces exhibit a “lack of autonomy” from influential elites.

“Cases involving assaults or property damage are better investigated, though not always. Activists working in the anti-corruption area or environmentalists affect the interests of big business and highly-placed politicians. We’re talking about big money, which is why it’s very dangerous.”

“I started digging deeper when the threats started”

Leonid Kolesnichenko has been battling illegal sand mining and garbage disposal in Odesa since 2011. He’s a former soldier and a retired policeman. He says he noticed the problems a decade ago, when sand from Odesa quarries began to disappear by the ton, with garbage trucks regularly visiting the quarry.

“Odesa used to have a lot of filtration fields” where wastewater was purified for irrigation, Kolesnichenko says. “But in the 1970s, these fields gave rise to a cholera epidemic. Odesa was closed for two months and residents were forbidden from using the water from those fields. Now this site contains a sand quarry and several ponds.”

Kolesnichenko estimates the profits from this illegal mining venture may reach $37,000 per day. He’s also worried about the environmental impacts: the sand is soaked in chemicals because a dump has been constructed nearby, filled with household and medical waste as well as animal corpses.

“We sent the sand for analysis at a laboratory. They told us the sand contained the entire periodic table,” the activist recalls.

Kolesnichenko, along with Odesa-based journalist Elena Kravchenko, activist Oleh Mikhailik and others regularly write complaints to the regional and national authorities – all to deafening silence.

Kolesnichenko once counted that he’d called police out to the site 20 times in a single month. Yet his efforts have gone nowhere: though the case was re-qualified as “a violation of the rules for the protection or use of subsoil,” not a single suspect has been found three years later.

His persistence nearly cost Kolesnichenko his life: someone tried to shoot him in 2019 on the filtration fields, and that same year someone threw a grenade at him. That time, he managed to hide behind a car. In 2020, people angry at Kolesnichenko’s work came to his house and set fire to his car. The police opened an investigation, but failed to uncover any suspects. And on June 18 this year, someone torched his daughter’s car in a garage. The investigation has turned up nothing.

“I started digging deeper when the threats against me started,” Kolesnichenko explains. “I’ve passed the scared-intimidated stage of my life. But I have a daughter, a granddaughter, and I want them to live in a country where the laws work.”

Unlike Russia and Belarus, where it’s nearly impossible for people to exercise their rights even during protests, in Ukraine there’s at least a democratic basis for activist work, Amnesty International spokesperson Mitieva believes. But pandemic restrictions, coupled with corruption and the lack of legal literacy make it harder to assert your rights.

Lyudmyla Yankina, who leads the human rights defenders and activists defense at Zmina Human Rights Center, believes Ukrainian civil society should play a key role in pressuring law enforcement to actually investigate crimes and charge suspects, so that those attacking activists know that their actions may have consequences.

As for the activists, Amnesty's Mitieva advises them to see things through and take their cases as far as the European Court of Human Rights  if local law enforcement and courts refuse to consider them. When the country’s reputation is at risk, the higher authorities might start paying attention.

Hanna Belovolchenko is a journalist with Zaborona, an independent news site in Ukraine, where this article first appeared. This version of the article was reprinted from Transitions Online. The article has been shortened and lightly edited to fit the Global Voices style. Reprinted with permission.