Survivors must be able to testify free from intimidation and fear 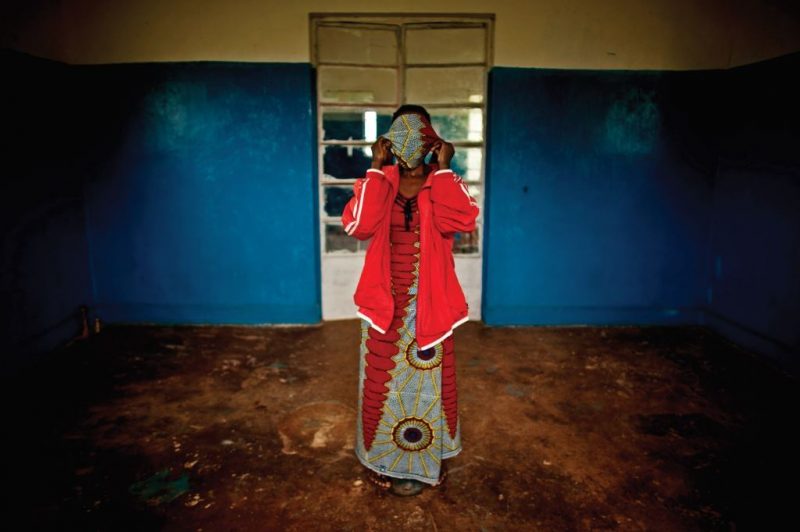 This story by Alec Anderson and Chiara Zardoni was originally published on Balkan Diskurs, a project of the Post-Conflict Research Center (PCRC). An edited version is republished by Global Voices as part of a content-sharing agreement.

“The truth is that victims want to talk about it. They are desperate to get it off of their chests. But there are only a few that are willing to listen to the voices of the victims”  — Presentation of the International PSVI Protocol in Bosnia and Herzegovina, Post-Conflict Research Center

International organizations have time and time again urged Bosnia and Herzegovina (BiH) to “end impunity” for perpetrators of the rampant sexual violence that took place between 1992-1995 during the Bosnian War.

What is often overlooked is the most important precursor to ending impunity: a secure environment in which survivors can testify, free from intimidation, severe retraumatization, and threats of physical harm. Resolute witness protection and high-quality, readily available psychological support are crucial to ending a culture of impunity.

The brave women and men who come forward to identify perpetrators of conflict-related sexual violence (CRSV) often do so despite tremendous hurdles. For some survivors in BiH, the horrors they experienced during the war are so stigmatized that they don’t even feel comfortable telling their families what happened. Furthermore, many survivors in BiH live in the same community as those who perpetrated war crimes against them. These factors make identity protection vital for survivors who come forward and testify—to shield them not only from further ostracization but also from immediate physical harm. Marija, a survivor who opted out of witness protection offered by the justice system, was attacked in the road soon after her rapist’s prison sentence ended.

However, while potential physical harm may be the most visible threat faced by testifying survivors, the immense psychological toll that the judicial process takes on these women and men cannot be ignored. Too often in the past, survivors have been questioned “in ways that are humiliating and legally irrelevant,” a degrading process that discourages survivors from coming forward. This is on top of the fact that recounting their own assaults already presents an inherent risk of retraumatization and distress, more reasons why close-at-hand psychological support is so important.

This points to the need for courts to make the process of testifying as safe, secure, and stress-free as possible. Without these guarantees, survivors may be hesitant to expose themselves to potential physical or psychological harm, contributing to a vicious cycle that reinforces impunity for perpetrators and further silences their victims. With that said, the judicial system in BiH has seen tremendous improvements in witness protection and support in recent years.

In 2008, the national government first adopted the National Strategy for War Crimes Processing. Its chief goal was to process all wartime crime cases by 2023, though it also stated that the national courts should aim to have the most “complex” cases completed by 2015. In 2015, when the trying of these “complex” cases was still not completed, a revised strategy was submitted to the national government for approval. After five years, in 2020, this revised strategy was adopted by the country’s Council of Ministers, while its implementation is yet to produce results.

According to the Organization for Security and Co-operation in Europe's 2010 report on “Witness Protection and Support in BiH Domestic War Crimes Trials,” protection measures become even more important when dealing with sexual violence cases because of the stigma attached to survivors and the risk of retraumatization. For this reason, the European Court of Human Rights, in Doorson v. The Netherlands, stated that “a fair trial also requires that in appropriate cases the rights of the defence are balanced against those of witnesses or victims called upon to testify.” In conclusion, national laws, the Constitution of BiH, international conventions and Council of Europe recommendations establish BiH’s obligation to ensure the protection of and support to CRSV survivors.

Some measures include relocation and guarded transport, assignment of pseudonyms, testimony behind screens or with voice-image alteration techniques and testimony in closed sessions. Moreover, because of the aforementioned legal provisions, BiH also has the obligation to protect survivors from retraumatization during the criminal justice process and grant them psychological support.

Unfortunately, according to the OSCE’s analysis made in 2010, the Court of BiH was the only institution that provided effective psychological support to survivors, while entity-level courts and prosecutor’s offices lacked the structures to provide such support service at that time. The presence of the Witness Support Section, through which the Court of BiH assists survivors, illustrates the court’s progress. In fact, this unit comprises professional psychologists and social workers who provide services like 24-hour phone assistance, modest financial support to cover necessary expenses, explaining the testimonial process and discussing the possible psychological risks and benefits, and are present in the courtroom to communicate to the judges the witnesses’ stress level.

A report by the OSCE in 2017 highlighted a generally increased sensitivity of judges and prosecutors to the needs of survivors. However, despite several years having passed since the adoption of the strategy, the OSCE Mission detected serious violations of witness protection measures and a lack of dedicated witness support officers in a number of entity prosecutors’ offices and courts. Further, as underlined in another recent OSCE analysis, no improvements have been observed with regards to strengthening the capacity of social welfare centers, which should provide psychological support to victims due to laws on the “Protection of Witnesses under Threat and Vulnerable Witnesses.”

Even if several improvements have occurred, many challenges still undermine the effective and widespread implementation of protection and support measures. Legal professionals’ remaining lack of sensitivity, lack of infrastructures at the entity level and shortcomings in the existing national laws are all factors responsible for the fragmented implementation of support and protection measures. However, despite the issues linked to the BiH judicial system, civil society organizations (CSOs) have always played a key role in providing support to CRSV survivors when authorities’ action is lacking.

The international publicity surrounding violent, sexual war crimes committed against women in Bosnia led to what expert on Central European and gender studies, Elissa Helms, called a “Non-governmental organization (NGO) boom.” While CSOs do not have the ability to protect witnesses in court, the OSCE points out that witnesses and prosecutors often rely on these NGOs to provide psycho-social support, either formally through a memorandum of understanding, or informally and in an unregulated manner. While there are multiple professional organizations trusted by prosecutors’ offices across the country, concerns remain about some smaller organizations that may not employ thoroughly trained psychologists.

Among these trusted organizations are Medica Zenica based in Zenica, Snaga Žene and Viva Žene, both based in Tuzla and Udružene Žene based in Banja Luka. Given the high numbers of survivors of CRSV living in Bosnia, the services provided by these organizations are indispensable. For example, since its inception in 1993, Medica Zenica has provided over 28,000 people with psychological help, assisting survivors of both wartime and peacetime rape. And yet their contributions in supporting witnesses go beyond directly counseling; Medica Zenica also trains police, social workers, and members of the judiciary on how to interact with witnesses in a sensitive manner, and on the importance of protecting these women from physical harm and punitive stigmatization.

The importance of continuing the last decade’s positive arc towards more witness protection and more psychological support for survivors who come forward in Bosnia cannot be understated. A system that allows witnesses to be bullied and retraumatized discourages countless other survivors of CRSV from coming forward and sharing their experiences, allowing for more perpetrators of war crimes to enjoy guaranteed impunity. Further, since for centuries heinous sexual violence during war was excused and overlooked as the “spoils of war,”  it is imperative that local and international authorities in Bosnia and Herzegovina set a legal and societal precedent that emboldens rather than silences survivors who come forward to testify against their perpetrators. This is why witness protection and support is the first step towards ending impunity.