'This is a long-standing problem' 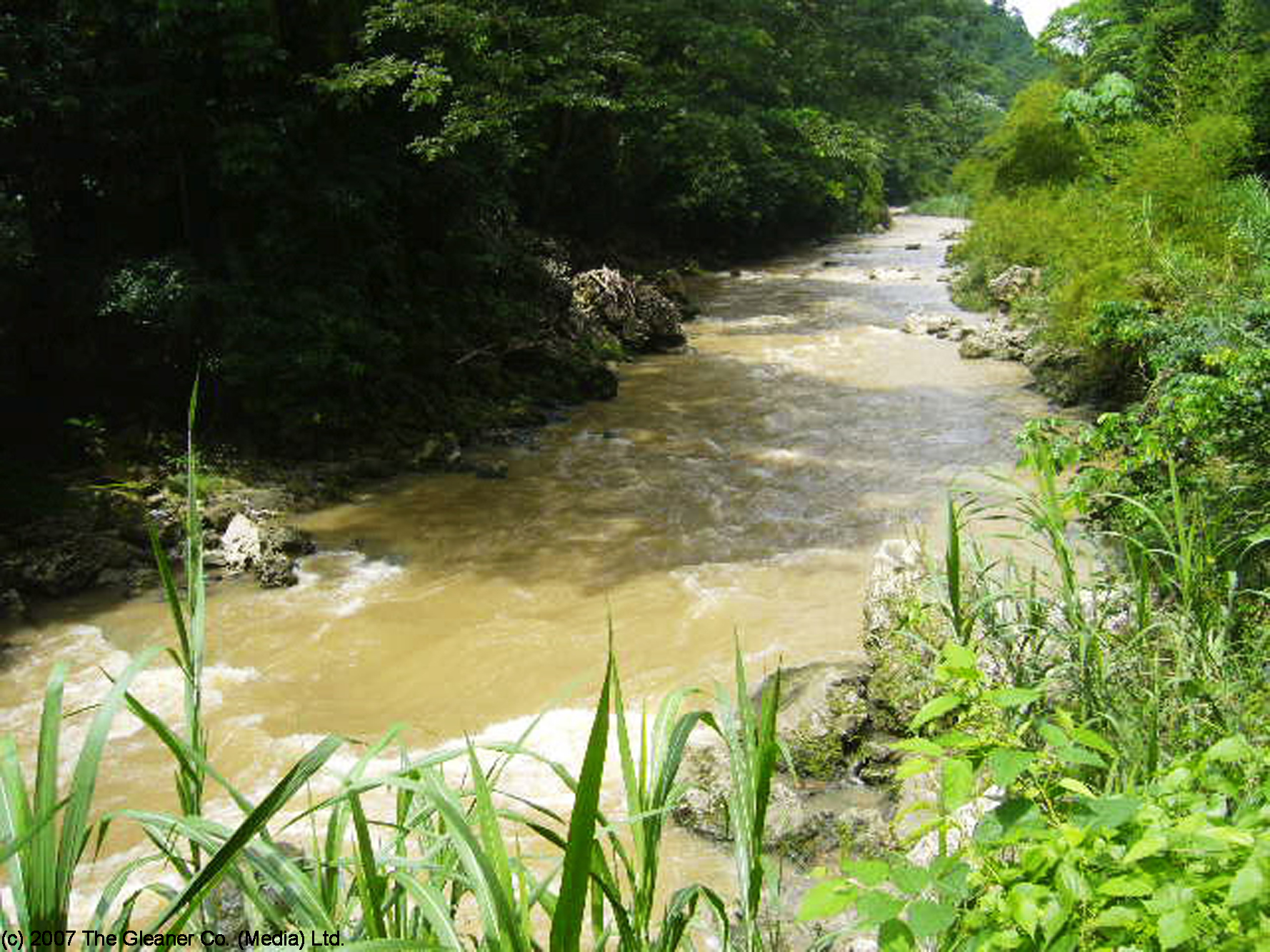 Named Xaymaca, “the land of wood and water”, by its native Tainos, not only has Jamaica been facing a major threat to its woods through deforestation, but the quality of one of the island's major water resources, the Rio Cobre, has also been severely compromised by a recent spill of caustic effluent from the nearby bauxite plant.

The operation, which is run by the West Indies Alumina Company (Windalco), and owned by UC Rusal Jamaica Limited, a Russian company, is situated near the Rio Cobre. The river runs through the picturesque, limestone Bog Walk Gorge, via which the first road to the area was cut in 1770. Two historic bridges—the Flat Bridge located in the gorge, and the Spanish Town Cast Iron Bridge—span the river, which has several legends and myths attached to it, and holds considerable environmental and cultural significance.

Over the Emancipation Day weekend on August 1 and 2, the community of Kent Village, situated parallel to the river along the main road, were met with a strong stench emanating from a dark brown river that frothed and foamed, spewing dead fish along the river banks. Over the next few days, residents staged protests, angrily holding up the poisoned fish for passers-by to see, and partially blocking the main road. Parliamentary member Natalie Neita Garvey who, during a similar incident in 2019 had threatened legal action against Windalco, supported their efforts.

On this occasion, the National Environment and Planning Agency (NEPA), which is responsible for monitoring and implementing environmental regulations, issued an enforcement notice on August 4, requiring rehabilitation of the area within 48 hours. This involved removal of the dead fish, as well as neutralisation of the water and sediments which would have received the discharge and transported it into the Rio Cobre. The NEPA team visited the area the following day and confirmed that the river's pH readings had been restored to reasonable levels.

Windalco immediately issued a statement conceding that “as a result of sustained heavy rains over the past week, there was a spill of the effluent holding pond […] on August 1, 2021.” However, even as the company referenced the measures taken to contain the spillage, it denied liability for the poisoned fish:

Based on our monitoring data and the preventative measures we employed, we are confident that the spillage did not have any deleterious impact on the environment.

We do not accept liability for the fish kill; however, we are mindful of the importance of the river to residents … and have taken measures to restore normalcy to the river inclusive of the removal of dead fish.

Apart from the environmental devastation and loss of livelihoods, residents—many of them farmers—were deprived of water for several days, as the National Water and National Irrigation Commissions were forced to lock off the area's water supply for the rest of the week:

#NewsRecap: Corporate Public Relations Manager at the National Water Commission (NWC), Andrew Canon, says there will be a restoration in the water supply soon, however, the water pressure might not be high. More details here: https://t.co/CKGFjmtW1B#CVMTV #News

Meanwhile, the local health department warned against using the water or consuming fish from the river:

‘Not the first time’

The Jamaica Environment Trust (JET) expressed its disgust at the incident, pointing out that it was not the first time. Windalco, they stated, is a repeat offender:

This is a long-standing problem. Over decades and under different management/ownership, Windalco has received multiple breach notices and are currently the defendants in a legal case filed by the National Environment and Planning Agency (NEPA) over a 2019 discharge into the river which resulted in a massive fish kill and several persons falling ill.

After preliminary tests, NEPA has stated that Windalco is likely responsible for Monday’s fish kill in the Rio Cobre. They have said that Windalco is in breach of the Wild Life Protection Act and the Agency is contemplating legal action against them. The repeated nature of these offences suggests a lack of respect for Jamaica’s environmental laws and regulations and the human rights of those who have been negatively affected.

Fines for such offences under the Natural Resources Conservation Authority (NRCA) Act are quite low—50,000 Jamaican dollars [323 United States dollars] for a breach of permit, and just twice that under the Wild Life Protection Act. Noting that this fails to deter companies that earn annual revenue in the millions, JET suggested that the company's license to operate should either be suspended or revoked, accommodations for which are made in the NRCA legislation, especially “given the recurring nature of the offences”.

According to one report, since 2010 NEPA has served Windalco with eight enforcement notices, two breach notices, a warning notice, and a notice to suspend for pollution of the Rio Cobre. One such enforcement notice, currently the subject of legal action, was issued on October 18, 2019, and is set for mention in court in October 2021. Now, it appears that Windalco may have another lawsuit on their hands.

Residents remain deeply concerned that this may happen again, as such events are a regular occurrence, especially after heavy rains. The region is currently in the midst of the Atlantic hurricane season. 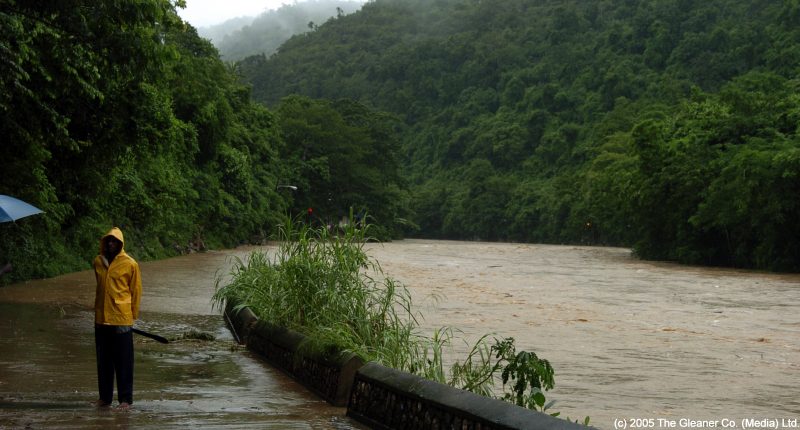 Before the river's 2019 and 2021 pollution events, a tributary of the Rio Cobre was also polluted by the same caustic discharge in July 2018, at which time NEPA had stated:

The containment ponds, known as the ‘east’ and ‘west’ pools, which were designed to collect and return storm water to the plant during periods of rainfall, failed to contain the contaminated water. This resulted in an overflow from the containment pools, which entered two natural gullies that lead to the tributary of the Rio Cobre in Byndloss.

On Twitter, Jamaicans expressed their displeasure, demanding greater accountability and more stringent action against the company:

them not going to stop polluting the Rio Cobre until we start locking up people from Windalcohttps://t.co/kdzq86PTR5

One Jamaican environmental activist lamented the fact that bauxite companies can seemingly do no wrong in Jamaica, and are too often let off the hook:

Decades of this specific problem. I will not even speak of the pollution before we get to Rio Cobre. Bauxite cyaah do wrong a Jamaica an a dat a wi problem. Come back when wi serious. https://t.co/M6a8bMSUbd

It is not known if studies have been done to determine how long it takes for the fish population to return in the River [after] the spill event. So there is no real understanding of the true impact on the fisherfolk who depend on the river for their livelihood. It is very important that a compensation mechanism be in place to deal with issues such as this.

Reiterating that stricter penalties and enforcement are required, Rodriguez-Moodie also advocates for studies to be undertaken to determine the long-term effects of these repeated pollution events on the river’s ecosystem. Moreover, JET believes there should be the possibility of civil lawsuits being filed in such cases, if supported by adequate scientific evidence.

But what of the future, and Windalco’s aims to conduct further bauxite mining in the adjoining parish of St. Ann? Whether those licences will be granted in light of the company's repeated breaches of environmental laws is another concern of the Jamaica Environment Trust.

As stakeholders await the results of NEPA’s investigations, questions have resurfaced about the environmental impacts of bauxite mining in Jamaica on the whole. While the industry is an important earner of foreign exchange, is it worth it if it destroys the environment and people's health and livelihoods? Would stricter regulations solve the problem? The only way forward, according to Rodriguez-Moodie, is “to look at the issue in a holistic way”.