Climate change in the Pacific: “The time is now” to avoid catastrophe

Pacific island nations call on Australia to walk the talk 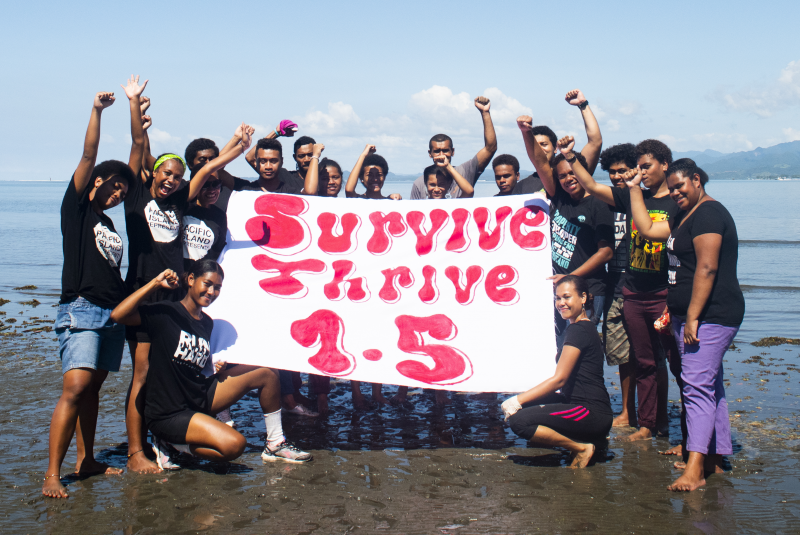 The message of “Te Mana o te Moana: the State of the Climate in the Pacific 2021” climate report is uncompromising — “THE TIME IS NOW.” According to the report, the Pacific island countries and their peoples “are facing some of the most severe climate impacts anywhere on earth.” It was launched the same day as the Intergovernmental Panel on Climate Change’s (IPCC) “Climate Change 2021: The Physical Science Basis.”

The Greenpeace Australia Pacific report identifies who is responsible for creating the crisis and who must change course to avert disaster. Based on 2018 data, the top 15 greenhouse gas emitters in the world produce 72.21 percent of global emissions, while the Pacific Islands account for 0.23 percent. Australia ranks as the world’s 15th largest emitter.

Its assessment of Australia’s climate inaction contains a strong warning:

…as an influential ‘middle power’, Australia also has potential to act as a fair broker at international climate summits and leverage its diplomatic influence with its allies to achieve more ambitious emissions reduction agreement outcomes, and a fairer result for Pacific Island Countries. This is all the more pressing, as runaway global heating will force Australia to bear the cost of resulting regional instability, including a new category of climate refugees.

Moreover, in an earlier assessment, the United Nations gave Australia the wooden spoon (last place) for its efforts to meet the climate sustainable development goal (SDG 13):

The country's progress in reducing carbon emissions is highly contested. The Australian government has claimed that greenhouse gas emissions have been reduced by 19 percent since 2005 — a figure that draws much skepticism. One estimate claims there has been a 7 percent rise in emissions over the same time frame.

Today blazing fires smash Greece. Tomorrow, catastrophe, with next UN/IPCC report. The planet is overheating badly. A global pandemic is very hard, a global #ClimateEmergency much, much worse. We can still act but @ScottMorrisonMPs’ refusal to get serious on climate is criminal.

The 2015 Paris Agreement requires countries to submit their Nationally Determined Contributions (NDCs) towards meeting the goal “to keep the rise in mean global temperature to well below 2 degrees C (3.6 degrees F) above pre-industrial levels, and preferably limit the increase to 1.5 degrees C (2.7 degrees F).”

The NDCs are supposed to be updated every 5 years. None of the 15 countries has pledged reductions consistent with the Paris Agreement’s 1.5-degree limit, with India the only one with a 2.0-degree compatible goal.

The report highlights the plight of the people of the Fijian village of Vunidogoloa. They were forced to move two kilometers inland in 2014. Their story is not unique as 80 other Fijian communities face future relocation, according to a 2019 article in The Conversation, as do many others in the Pacific:

Sadly, it's just the beginning. Climate change forced these Fijian communities to move – and with 80 more at risk, here's what they learned https://t.co/7zgry5DP9N via @ConversationEDU

The Fijian Attorney-General and Minister for Climate Change, Aiyaz Sayed-Khaiyum, shared his views in a radio interview with the Australian Broadcasting Corporation (ABC). He stressed the need for affordable finance to be able to build “resilience in our infrastructure, to be able to adapt.” He also called on Australia to “walk the talk.”

We know what's coming. More importantly, we know how to stop it. By @COP26, we need:

I want to say to the leaders of the world, please use your voices, your positions of power, to assist in stopping emissions and other activities that contribute to climate change. We are facing the effects of climate change every day, in every place in the world, but especially here in the Pacific.

The world must not only muster the resources at its disposal to work to reverse some of these climate crisis impacts but it must also muster the courage and political leadership to put words into action. #EndFossilFuels #NoMoreCoal #ClimateActionNow https://t.co/Z72coLAIGp

“I ask everyone who reads this report to take time to reflect carefully on the data and the science. And then to look into the eyes of the first child they see. Climate change is more than just reports and data-it is first and foremost a question about our humanity”

We in the Pacific are more than just sinking islands, broken seawalls and cyclones — we are your brothers and sisters. I want everyone to look into the child’s eyes and imagine what those eyes will see in ten or twenty years. Will they see Dantes’ hell or will they see a sustainable planet?