Latin American athletes have to overcome more hurdles to succeed 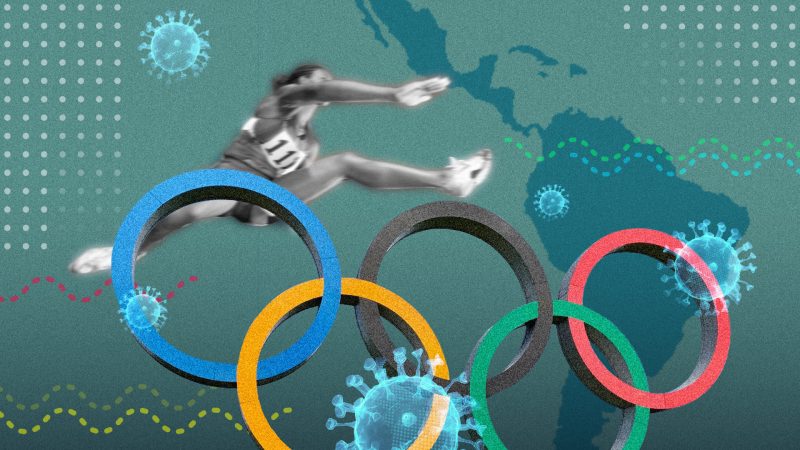 This article was written by Víctor Diusabá Rojas for CONNECTAS, and an edited version is republished on Global Voices.

Latin America sent 230 fewer athletes to Tokyo compared to the previous Summer Olympics in Rio. Despite this, several Latin American competitors won medals within the first few days of this year's Games, including the Ecuadorian cyclist Richard Carapaz, the Colombian weightlifter Luis Javier Mosquera, the Mexicans Luis Álvarez Murillo and Alejandra Valencia, plus the Brazilians Rayssa Leal, the 13-year-old who is known as the ‘Fadinha’ or ‘The Little Fairy,’ Kelvin Hoefler and Daniel Cargnin.

This is a great achievement, as winning an Olympic medal is no easy feat. At the 2016 Olympic Games in Rio de Janeiro, fewer than half (just 86) of the 205 countries that competed won a medal. 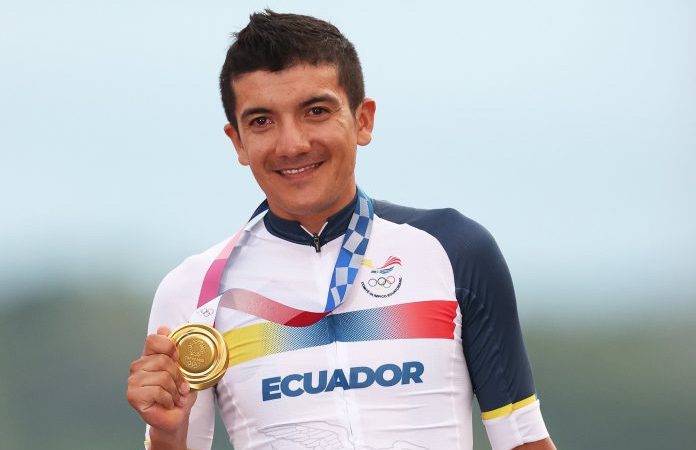 The Ecuadorian cyclist Richard Carapaz won a surprise gold medal in the men's road race in Tokyo. After winning, he complained that he had received no support from his home country. Credit: Wikimedia Commons.

Those early medals sparked joy and optimism in the athletes’ home countries. Their achievements dominated newspaper headlines, as the region's media finally found a reason to celebrate after many months of grim news on the COVID-19 pandemic.

Every one of those winners dreamed of bringing glory back home with them. However, standing at the top of the podium, only they knew the huge effort that it took for them to claim Olympic victory. Every single medal won has a unique story and is etched with the tears of those who did not win. This is especially true this year, when the competitors have trained, competed, and taken part in the strangest Olympic Games in history, which has been marked by the absence of spectators and by the ever-present fear of contagion.

Why do Latin American athletes face additional challenges compared to their counterparts in many parts of the world?

The first answer lies in the devastating effects of the pandemic. In late May 2021, according to Carissa F. Etienne, Director of the Pan American Health Organisation (PAHO), deaths caused by COVID-19 surpassed one million in Latin America. A month later in June, 37 million people were infected, a number which is almost the sum of Peru's and El Salvador's populations combined. In economic terms, according to the Economic Commission for Latin America and the Caribbean (ECLAC), regional debt rose from 68.9 per cent to 79.3 per cent of the Gross Domestic Product between 2019 and 2020. And that is not counting the debt that will be accrued in the current financial year. According to ECLAC, Latin America is the most indebted out of all the developing regions, above Asia, Sub-Saharan Africa, the Middle East, Central Asia, and Europe, in that order. In short, COVID-19 has hit Latin America harder than in other regions of the world.

Sport has also felt this impact. In fact, athletes affected by the virus were forced to give up their dreams of competing in Tokyo, even when they had qualified for a place. This included the Mexican baseball players Héctor Velázquez and Sammy Solís, Chilean taekwondo player Fernanda Aguirre and Colombian cyclist Daniel Felipe Martínez.

According to Olympedia.org, there are 230 fewer Latin American athletes in Tokyo than in Rio de Janeiro. Several countries that usually send large teams decreased the size of their delegations, including Brazil (145 fewer athletes), Colombia (73 fewer) and Cuba (48 fewer). Credit: Colombian Olympic Committee

Unfortunately, there is no concrete data on the cuts made to sports budgets as a result of the crisis. In 2018, before anyone had ever heard of COVID-19, the 20 largest economies in Latin America contributed $1.9 billion to the sports sector, according to Forbes. This included areas such as high performance, infrastructure, physical activity programs, promotion, administrative salaries, and scholarships. The largest portion came from Brazil (44.4 per cent), followed by Mexico, Chile, Colombia, and Ecuador.

Likewise, some countries such as Mexico sent a large delegation, while Colombia tripled the amount allocated to sport four years prior in order to prepare its athletes for these Olympics. However, it cannot be denied that Latin American athletes suffered from the suspension of local and regional competitions on which a good part of their training strategy relied.

During the pandemic, images of athletes and aspiring champions setting up training spaces in their homes became a familiar sight in the media and on social networks. They, and their coaches, knew that these efforts would not be enough to win gold. Cuban athletes recently spoke about how they had turned the roofs of their homes into gyms.

Sportsmen and women all over the world were in the same situation. At least the vast sports infrastructure and fewer limitations on mobility in wealthier nations made that situation more bearable. In fact, athletes from Latin America travelled to Europe well in advance of the Olympics to make use of those spaces, although they did not always have much luck. For example, the Brazilian men's football team encountered a problem: rivals did not always want to play against a team from a country with one of the worst records of infections, deaths and reported to be the focus of new strains.

It is true that the “First World's” lead over Latin America is felt now more than ever. However, the odds have always been stacked against poorer nations throughout the history of the Olympics, a scenario in which the world's larger powers have always leveraged their advantage. Ultimately, Latin American athletes face the same challenges as Luis Subercaseaux, the lonely Chilean who enrolled in cycling and athletics in the first games of the modern era in Athens in 1896. However, no one knows if he actually took part as he does not appear in the official records. Nor as the Cuban fencer Ramón Fonst, who won gold and silver medals in Paris in 1900. Latin American countries continued vying for Olympic glory in Tokyo. However, despite all their hard work and determination, in the end, it is the medal table that decides their fate.