'More than 20,000 people were raped during the Bosnian War' 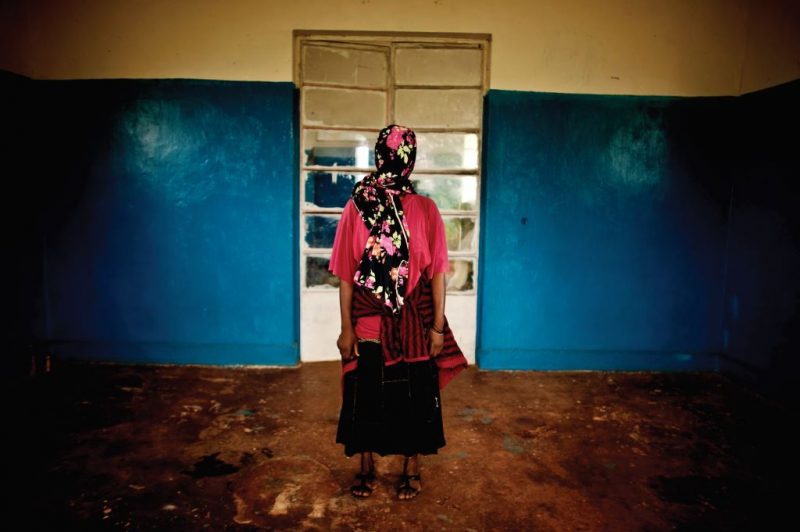 This story by Alec Anderson and Chiara Zardoni was originally published on Balkan Diskurs, a project of the Post-Conflict Research Center (PCRC). An edited version is republished by Global Voices as part of a content-sharing agreement.

“I would like to invite all women and men to speak up, to tell the truth and talk about what was done to them. We need to record and remember what happened; this is the only way to achieve justice.”  – Presentation of the International PSVI Protocol in Bosnia and Herzegovina, Post-Conflict Research Center

Conflict-related sexual violence (CRSV) has long existed and has just as long been ignored in conflict and post-conflict societies. This continues to be the case for Bosnia and Herzegovina (BiH), a country that survived a devastating war between 1992 and 1995 during which the use of rape as a weapon of war was widespread.

According to a report by the Organization for Security and Co-operation in Europe (OSCE) that analyzed court proceedings of the political entities comprising Bosnia and Herzegovina as a state (Federation of Bosnia and Herzegovina, Republika Srpska, and Brčko District) between 2004 and 2014, more than 20,000 women and girls were raped during the Bosnian War.

The number of men and boys who were raped is officially unknown but has been estimated to be around 3,000 according to the Ph.D. research of Sabina Husić, director Medica Zenica, an organization that provides support for victims of violence.

Furthermore, as explained by the Humanitarian Law Center in its 2019 policy paper, more than one-third of all individuals brought before the International Criminal Tribunal for the former Yugoslavia (ICTY), the international court charged with prosecuting war crimes in the former Yugoslavia were convicted on charges of sexual violence. Unfortunately, many challenges undermine the goal of ending impunity for perpetrators of conflict-related sexual violence and achieving acknowledgement, effective protection and compensation for survivors. However, improvements have been made at the national level, and civil society organizations (CSOs) have played a key role in achieving these goals.

Rape was established as a crime against humanity by Article 5 of the ICTY Statute. This was the first international court to explicitly prosecute wartime sexual violence cases. Moreover, according to these relatively new international standards, the mere existence of an armed conflict plays a key role in sexual violence cases. In fact, the ICTY states that “armed conflict need not have been causal to the commission of the crime, but the existence of an armed conflict must, at a minimum, have played a substantial part in the perpetrator’s ability to commit it.” Relatedly, a 2015 amendment to the 2003 Criminal Code of BiH revoked a previous requirement for prosecutors to show an explicit demonstration of force or threat—an important improvement. It is of extreme importance to note that these legal improvements occurred thanks to the courage of 16 survivors from Foča who stepped forward to take the witness stand in an international court of law, as depicted in the 2011 documentary I Came to Testify.

However, some courts still do not fully honor this legal improvement and stick to the presumption of innocence of suspected rapists known as the in dubio pro reo principle, ruling in favor of the accused. As a result, many courts have acquitted defendants for cases in which a survivor’s testimony was not deemed credible.

According to a later report published by the OSCE in 2017, another serious challenge concerns the qualification of CRSV cases as “ordinary” crimes and not as war crimes. This qualification does not acknowledge the inherent relationship between conflict and sexual violence, nor the trauma linked to it, and deprives survivors of the benefits of the special evidentiary rule associated with wartime sexual violence cases.

Moreover, the lack of a proper witness protection system is often reported. However, specific protection measures, including closed court sessions, the removal of the defendant from the courtroom, and specific measures for highly vulnerable witnesses, were introduced by the Criminal Procedure Code in 2012.

Finally, as explained by Amnesty International in its Submission to the UN Special Rapporteur on Violence Against Women, the difficulty of obtaining non-material damage compensation, or reparations, is one of the most serious issues that survivors face in BiH today. Courts are reluctant to grant non-material damages, opting instead to refer survivors to civil proceedings which do not guarantee the aforementioned protection measures. Once compensation claims have been awarded by a court, defendants often cannot pay, and courts seldom enforce their judgments. Given this situation, after a trial international petition, the UN Committee against Torture required Bosnia to set up an effective system of compensation for survivors of war crimes in 2017. Unfortunately, little progress has been made to implement this obligation.

Importantly, civil society organizations (CSOs) have stepped up to fill in these shortcomings and gaps left by the state. This process—in which people of every walk of life have come together to solve problems that their government cannot or will not solve—is seen time and time again around the world, and illustrates the vital, but often-overlooked, role that civil society plays as the backbone of a functioning democracy.

For survivors of conflict-related sexual violence in Bosnia and Herzegovina, the story is no different. Jagoda Rošul-Gajić, an expert on international women’s rights, identified women’s CSOs as the “dominant force” working towards the inclusion and support of women in peace and reconciliation processes in BiH. Organizations big and small have undertaken massively important initiatives to help survivors access reparations and justice. These include, but are not limited to, psychological support and therapy for survivors, free legal aid, vital witness protection services for survivors who live in close proximity to their perpetrators, tireless lobbying efforts, and public discourse initiatives.

Yet transitional justice for the survivors of wartime rape requires more than just punitive justice or material reparations. Society-wide acknowledgement of the human rights abuses experienced is necessary in order to move towards collective peace. Civil society plays an important role in shaping not only other people’s attitudes towards survivors of CRSV, but also survivors’ attitudes towards themselves.

It is so important to talk about these women as survivors rather than as passive victims in order to destigmatize their experiences, highlight their resiliency, and empower them as leaders. This can be done through language usage in public discourse, but also through initiatives that directly combat destructive stereotypes which see survivors of CRSV in BiH as “helpless” or welfare-dependent. It is important to educate both the general public and survivors themselves about the heinous war crimes committed against them, and the fact that these crimes are highly deserving of reparations and acknowledgement. As Janine Clark, an expert on CRSV and transitional justice, points out, too much emphasis on trauma and victimhood can disempower survivors, homogenize their experiences, and lead to “highly reductionist” societal perceptions that impede healing.