LGBTQ+ struggle in the Arab world’s ‘most tolerant country’ 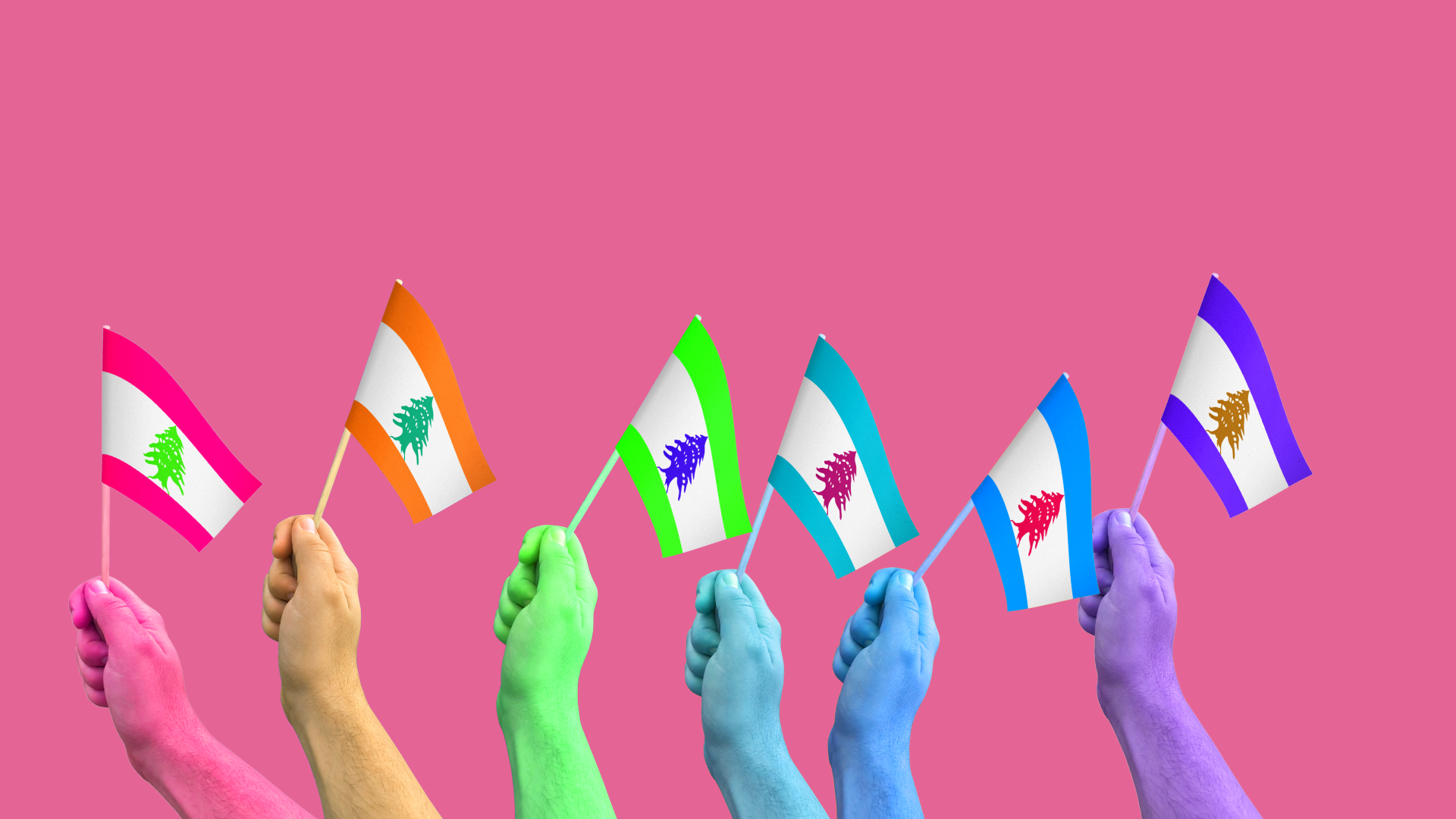 This piece was originally published on Raseef22, an independent Arabic media platform, on 27 July 2021, and an edited version is being republished under a content-sharing agreement.

Although Lebanon's October 2019 uprising was a window for many from the LGBTQ+ community to speak out and raise their voices, many still live in fear of  continued repression, harassment, and intimidation by authorities, its security services, and its “militias.”

Rory, a trans woman, avoids expressing her opinion during politically charged crises in the country. She recognizes that she is under threat and can be easily targeted and attacked because of the discrimination and marginalization that transgender people and other members of the queer community face.

Speaking to Raseef22, Rory describes the political and social repression of this group of people:

Many like me are afraid to express their opinions due to religious and political pressures. When you are unable to be yourself within your own home, with your family and in society, and are afraid of being attacked while also wanting to express your opinion publicly and are unable to do so, this negatively affects your psyche and your interactions with family and society.

During the uprising, which happened between 2019 and 2021, Rory was at the start of her transition journey. She tried to participate as much as possible in the protests, but the heavy deployment of security services among the demonstrators and the arrests scared her, since Lebanese security services are known for their hostility towards members of the LGBTQ+ community, violating their rights, arresting them and assaulting them, especially trans people.

As for electronic surveillance, particularly of members of the queer community, Rory said:

As of late, I feel that we are being monitored through social media. Every day activists are being summoned by one of the branches of the security apparatus or attacked by party loyalists and supporters.

Amidst this fear and repression, Rory has little hope that members of the LGBTQ+ community — specifically trans people — will gain political representation or hold positions in the state, in the judiciary, or the legal profession.

Gender identity as a political challenge

For LGBTQ+ political activist Doumit Azzi Draiby, expressing an opinion in university or via social media meant being subjected to bullying campaigns and attacks targeting his sexual orientation.

These attempts at repression, he said, prompted him to publicize his homosexuality as a “political challenge that is part of my battle with the regime.” This was not easy, especially since he realized the risks ahead.

Well before he had to in the political field, Doumit faced difficulties with his family because of his homosexuality. Born into a conservative, religious family that sees homosexuality as a “taboo” and discriminates against the LGBTQ+ community, he was hesitant and fearful of their reaction if he came out and announced his gender identity, worried that he may be ostracized like the many others who were expelled from their families and subjected to economic violence.

Being “more privileged” than other homosexuals, Doumit said he was allowed to announce his identity and “stand in the face of the campaigns of bullying and homophobia”. His family’s mindset has even shifted — thanks to his move — from a state of total rejection of the LGBTQ+ community into one of support for him.

According to Doumit, Lebanon's laws do not directly prevent him from holding a public position or office, adding that his decision to reveal his identity was to stand against the existing patriarchal system. He said:

I came out with my true identity so that this clarity would help break down barriers, and pave the way for those who will come after us. I do not want future generations of the LGBTQ+ community to suffer the same way I have.

Doumit Azzi Draiby added that the involvement of LGBTQ+ community members in public affairs constitutes a qualitative leap in the Lebanese political system, and an indication of a change that has begun to affect society. “There is a battle that must be begun today,” he said.

Karim Nammour, a lawyer at Legal Agenda, spoke to Raseef22 about Article 534 of the Penal Code, which is often used in Lebanon to persecute LGBTQ+ members on the grounds of having “sexual relations that are contradicting the laws of nature.” Put in place by the French mandate in the early 1900s, it punishes those found guilty by up to one year in prison.

According to Nammour, judges must repeal the law which is being used “in a very broad and conservative manner,” adding that the phrase “'sexual relations that are contradicting the laws of nature:”

in an ambiguous sentence, when no text in the Penal Code can be vague or ambiguous. And if it is, it is interpreted in favor of the accused. Therefore, at the bare minimum, the act of intercourse should be present and proven, but the judges have punished people by simply accusing them of their identity without evidence of having intercourse.

As for homosexuals’ chances of advancing in political life and attaining high-profile positions, Karim said that this is possible if they conceal their true sexual identity, “but this will not prevent this identity from being exploited and used against them in political work and them being threatened with it.”

Karim Nammour therefore stressed on the need to establish a mechanism to protect people of the LGBTQ+ community from discrimination. “Binding international treaties on Lebanon stipulate non-discrimination for a number of reasons, including sexual orientation and identity,” he said.

The Lebanese state has been under pressure from international human rights groups to abide by international treaties its a signatory of, which mandate the respect of individuals’ gender identities.

Rasha Younes, researcher with the LGBTQ Rights Program in the Middle East and North Africa at Human Rights Watch, told Raseef22 that officials largely justify their violations against the community with a moral duty “which does not go in line with Lebanon’s obligations nor with the protection of the freedoms it claims.”

An example of Lebanese officials’ claim to “preserving collective morals and family structure” manifested when the country’s General Security prevented the LGBTQ+ community from holding a conference in 2018. Younes said that, at the time, HRW tried to meet with the then Director General of Public Security Abbas Ibrahim, but he refused to meet over this issue.

In response to a September 2019 HRW report on discrimination against trans women in Lebanon, Younes said that the Ministry of Justice said that a few social issues prevent trans individuals from changing their name and gender mark, “since the Ministry believes that the presence of people of genders outside the binary (male and female) would confuse society.”

Clearly, Lebanon has not yet advanced a single step with regard to the rights of the LGBTQ+ community. Rather, its officials refuse to address the issue and insist on marginalizing this group — in violation of human rights and international treaties — for fear of the harm that this step would pose to the ruling system, which derives its strength from and feeds on the marginalization policies that it follows.

This project is in cooperation with the Arab Foundation for Freedoms and Equality (AFE) and with the support of the Embassy of the Kingdom of the Netherlands.