'The problem is the process' 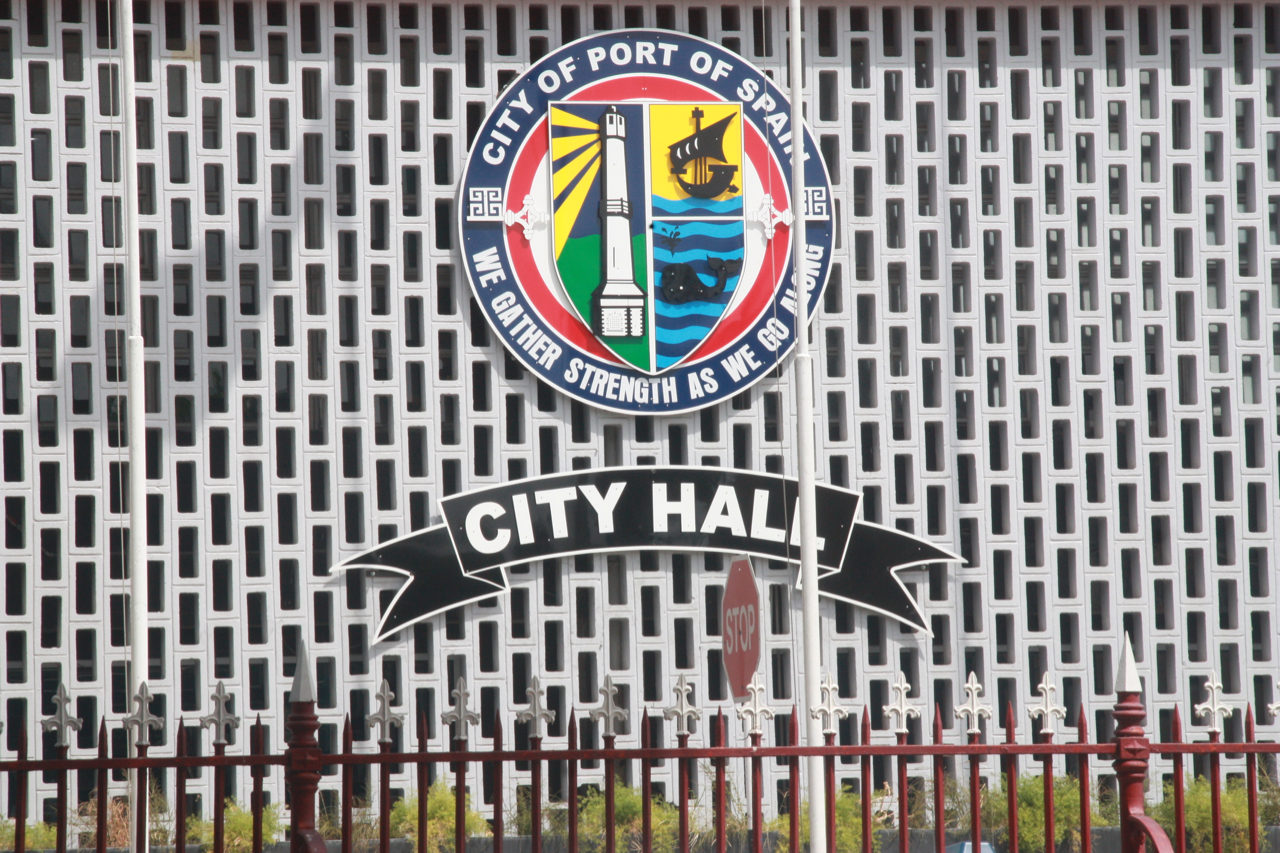 Signage at the front of City Hall, headquarters of the Port of Spain City Corporation, which spearheaded a controversial initiative to revitalise Trinidad's Nelson Mandela Park. Photo used with permission.

In what turned out to be a demonstration of the power of digital activism, the questions being asked by Trinidadian social media users about plans to “revitalise” Port of Spain's Nelson Mandela Park—which were being made without any real effort at consultation with the people that use the space—have brought that project to an end.

Although citizens were not privy to any documentation detailing the specifics of what the plan would entail prior to a virtual July 26 consultation, there was talk of replacing the grass with AstroTurf and making people pay for park access.

The Port of Spain City Corporation, which spearheaded the initiative, had issued a deadline date of August 1—Emancipation Day—for the public to send in their feedback on a proposal they had never seen. (The proposal document detailing a public-private partnership with Capital Sports Facility Ltd., only began to be widely circulated online within the last few days.)

Replacing the natural environment at Mandela Park with artificial turf is a salesman’s foolish idea that ought not to waste the time or the resources of the Port of Spain Corporation.

The Government is sure the Corporation can put its time and money to much better use and spare us all this unnecessary aggravation.

Concurrently, the online petition that had been started to protest the proposed conversion of the park into “a public wellness and sports hub in the heart of our capital city,” was updated to advise:

While social media users were pleased with Prime Minister Rowley's response, some were not prepared to let the issue slide that easily. Facebook user Charisse Thavenot commented:

Well said but unfair to throw [the Regional Corporation] under the [bus] when a high ranking minister was part of the proposal meeting for this to relevant invitees. Thankfully people are learning about the strength of collaboration and fighting for what is right and what is really ours […] the government must remember that it's there to serve us the public (the 99%). I do hope you truly keep fending for this country and [its] people.

Minister of Energy Stuart Young, as well as Keith Scotland, the Member of Parliament for Port of Spain South, both attended the virtual consultation on July 26.

This should never have even seen the light of day. And especially when other wonderful proposals have been made for much much much less investment, and that would keep things natural and accessible to the public.

He said that the core issue had less to do with the concept itself—there could have been a compromise for a mixed-use space—and more with how it was handled: no public access to information, one poorly advertised virtual meeting and an unreasonable time frame in which the public was expected to respond. “The problem,” he said, “is the process—and no one is acknowledging that.”

Colm de Freitas, who owns Capital Sports Facility Ltd., defended his proposal by saying that “some kind of provision is needed for football and other youth team sports to allow them somewhere to play.”

Just stop it. There are so many unkempt pieces of state land all over the country. Find a piece, do a greenfield design with drainage considerations and try your thing. Let us not add a large impermeable surface in an already flood prone area when the city is barely able to manage its existing runoff as is. Another good option; redo an area with natural turf and just maintain it.

Other commenters criticised the proposal's claim that converting the park to a training facility for sports would attract sports tourism revenue, as well as the perception that the park was under-utilised.

On Facebook, Lara Littlepage, who is married to de Freitas, lamented the fact that the project was now “dead in the water.” On the thread, Joe Cazabon commented:

[I] don't think the issue was anything to do with astroturf […] It was more about protecting public access, maintaining some natural, unpaved areas in POS, and not sneaking plans through without proper consultation and consideration of all issues.

The city's deputy mayor, Hillan Morean, maintained that the consultation process had been thorough and transparent, with Littlepage concurring:

They had a public consultation last Monday and were willing to do a second one now that questions and concerns were raised. The RFP has not even been written as yet. They were doing the consultations first. For once they seemed to be following the right steps.

No one I know, including regular users of the park had heard of the public consultation before the petition came out. And one day of consultation, with insufficient public notice of it, breaks all sorts of good practice rules for these things. I am glad it's dead in the water – for one thing it shows that the public is interested, and the decision makers are responsive.

‘We made the right decision’

Nevertheless, Prime Minister Rowley had to take to Facebook to clarify that his initial statement about the AstroTurf concept being a “salesman’s foolish idea” was not meant in reference to Port of Spain Mayor Joel Martinez who, prior to holding political office, had a long career as an insurance salesman.

For his part, Martinez said that he had already decided not to proceed with the proposal once it became clear that the public was not in support, adding that he “welcomed” the prime minister's input, as it “allows us to now understand that we made the right decision.”

Still, Leela Ramdeeen, who chairs the Catholic Commission for Social Justice (CCSJ), continued to focus on the aspects of the issue citizens seemed most concerned about:

CCSJ maintains that astroturf may look good, but plastic is plastic. […] Mayor Martinez, we are all stewards/trustees of our environment. […]

Since TT is a signatory to the Paris Agreement, CCSJ calls for sustainable, responsible, environmentally responsible revitalisation of our city.

Another key issue was the proposal's apparent disregard for equitable access to the park. Despite its promise that the revitalisation would be “people-centred,” the pitch document explained that people interested in using the park would need to apply for access via a calendar-based booking system, causing Ramdeen to add:

The CCSJ also questions how the conversion to a fee-for-use facility will benefit the many people who currently use the space free of charge. The plan will not be inclusive.

The cost of the project was estimated at 20 million Trinidad and Tobago dollars (about 2.9 million United States dollars), and the former mayor of Port of Spain, Louis Lee Sing, said that because the proposal was unsolicited, it “means that it is being considered in a situation which is non-competitive.”

Although a tender notice for upgrade works to the playing field at Nelson Mandela Park was issued on July 28, 2017 and De Freitas confirmed the proposal was sent in prior to the start of the COVID-19 pandemic, it is unclear whether the tender relates to the Capital Sports Facility proposal.

Lee Sing also suggested that the funds could be put to better use by providing facilities for the more disadvantaged communities in east Port of Spain.