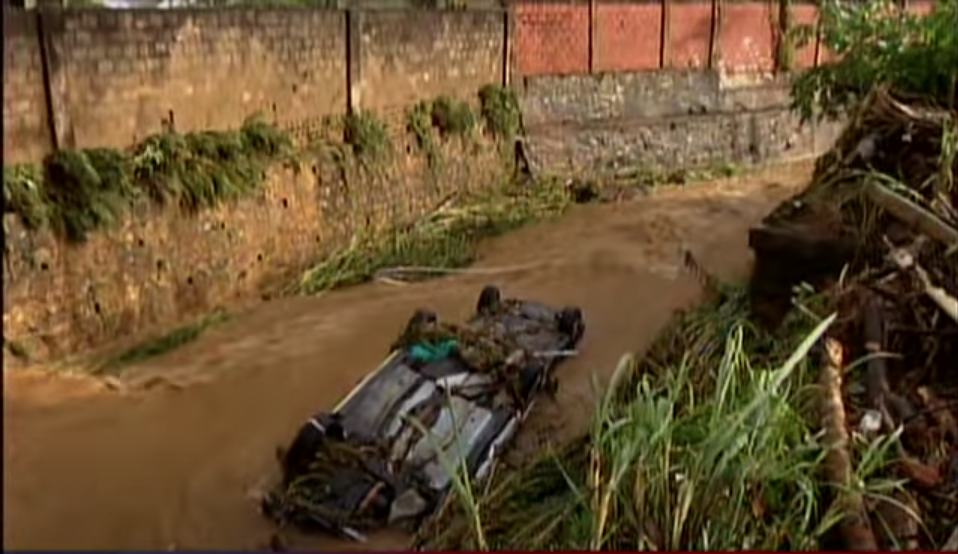 A screenshot of an overturned car that was pushed by the flood waters into the St. Ann's river on the outskirts of Trinidad's capital, Port of Spain, on August 3, 2021. Screenshot taken from a YouTube video by TTT Live Online, titled “Flash Floods Affect Maraval And St. Ann's”.

Trinidad and Tobago is in the midst of its wet season and on August 3, experienced several bouts of intense rainfall which the country's meteorological office had warned [2] might include “the threat of street flooding […] gusty winds [and] isolated flash flooding”.

Although the met office explained [3] that “near-normal rainfall is likely for August to October, but August is likely to be wetter than usual,” no one quite expected the degree of flooding that took place at various locations [4] across the country.

Even as the rains were coming down, people were sharing images and videos across social media platforms. The video below, shared widely via WhatsApp, was taken by a driver who was travelling along Saddle Road, in the country's northwest, which runs parallel to the Maraval River [5]:

The following photos were also taken along Saddle Road, just further south, at a point where the river course passes underneath the roadway: 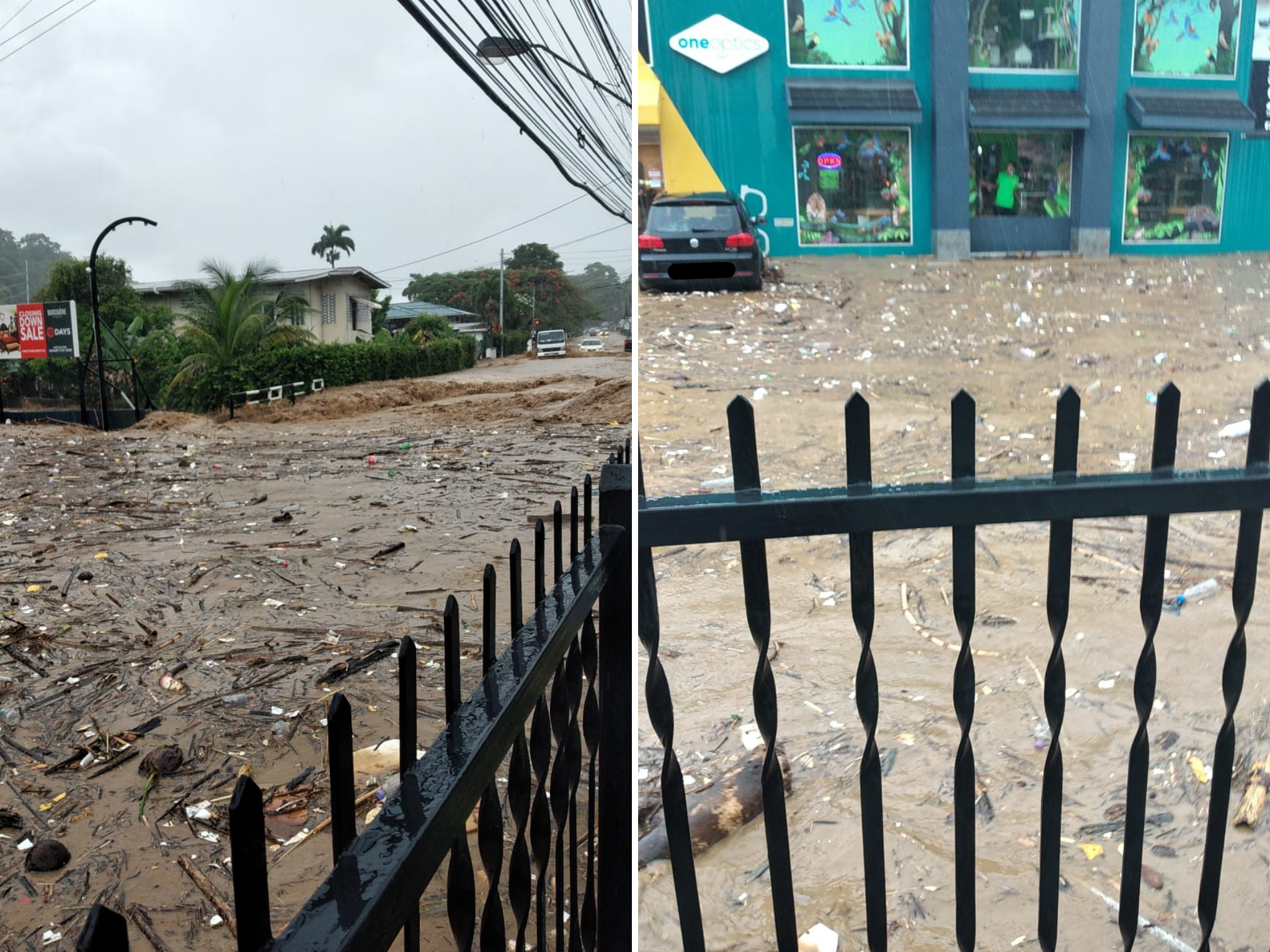 This video, also forwarded numerous times on WhatsApp, was taken from the vantage point of a residence off Saddle Road, close to the area's Water and Sewerage Authority (WASA) sub-station:

On Facebook, the Trinidad and Tobago Weather Center posted various videos it received from social media users in different parts of the country, including these [8] two [9], also from Maraval—but flooding was also taking place in nearby St. Anns [10], as the water levels of the St. Ann's River rose rapidly.

Comments on the Eckel Avenue flooding prompted [11] social media users to address [9] the question of how construction projects are approved. It is a pressing issue that the Trinidad and Tobago Society of Planners (TTSP) and the Trinidad and Tobago Institute of Architects (TTIA) have been drawing public attention to [12] via a series of articles in the media.

If you drive that road you'd notice how the contractor paved over the drains in the road. So the road is a river every time it rains.

Trinidad and Tobago Weather Center posted another video [14], this time on Duncan Street in downtown Port of Spain, within close range of the ironically named East Dry River, which burst its banks:

This video, shared via WhatsApp, shows flooding in the same general area, along what appears to be either Picadilly or Observatory Street in east Port of Spain:

Comments [16] on various posts called out [17] the practice of littering, which was exacerbating the problem.

By late afternoon, as the floodwaters began to subside, clean-up efforts began [18], with disaster management teams being mobilised [19] to help clear away [20] the mud and debris [21] left behind. As at the time of publication, no casualties [22] were reported, though there was damage to property and vehicles [23]:

While some commenters were quick to blame the government, Facebook user Christenne Allegra addressed [26] her compatriots:

[…] ask yourselves if any of u have ever thrown garbage onto the streets of port of Spain, if yes, then you carry just as much blame for your stupidity. Use a bin or take your garbage home!

This goes hand in Hand. The Borough/City council has to make sure all drainage [is] cleared […] months before the Rain season. Also y'all that don't like to call on them when you're disposing your beds, fridges etc. You just take it [and] dump it at the side of the road or in the rivers. I've seen ppl do this then cry [and] complain when their homes get washed away.

This is what happens when no maintenance work is done! Drains aren't cleared! Rivers aren't dredged! River banks destroyed! Illegal development not stopped!