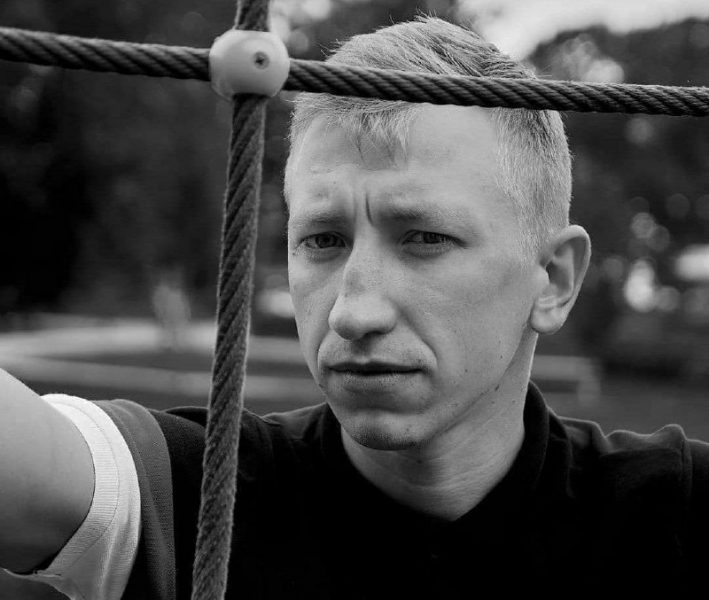 Belarusian activist Vital Shyshou, who went missing in Ukraine on August 2, has been found dead in a park near his home in Kyiv, according to police reports.

Shyshou, who left Belarus in the autumn of 2020 fearing state persecution amid mass protests, was living in Kyiv, where he founded and ran the Belarusian House in Ukraine (BDU), a non-profit organisation supporting Belarusian citizens fleeing persecution by the regime of Belarus’ Aliaksandr Lukashenka.

The activist's colleagues reported in a post on BDU's Telegram channel that Shyshou disappeared on the morning of August 2, when he went for his usual run and “did not return”. According to the statement published by Ukrainian police on August 3, after an extensive search operation, he was “found hanged today in one of Kyiv's parks, not far from his place of residence”.

Belarusian opposition leader Sviatlana Tsihanouskaya, who is also living in exile in Lithuania, expressed her condolences to the activist's family.

Devastated by the news of the death of the Belarusian activist Vital Shyshou who was found hanged in Kyiv. My heart is with his family. It is worrying that those who flee Belarus still can't be safe.
I'm thankful to ?? authorities for launching an investigation into this case. pic.twitter.com/77otMfjk4q

In another update on their Telegram channel, BDU said they suspected Shyshou was being watched by Belarusian state agents while in Ukraine and said he was warned of possible provocations.

Vitalik was under surveillance. These facts were correspondingly communicated by the police. We were repeatedly warned by local sources, and our people in Belarus about possible provocations, up to and including kidnapping and liquidation. Vitaliy treated these warning stoically and with a bit of humour, saying that at least this way BDU would go beyond the information vacuum.

Yury Shchuchko, a fellow BDU activist who participated in the search for Shyshou told Current Time, a TV channel run by RFE/RL and Voice of America, that Shyshou's face appeared to show signs of having been beaten. Shchuchko speculated that Belarusian state security (KGB) officials known to be operating inside Ukraine might be responsible and called the incident “a usual [KGB] scheme”.

In their statement on Shyshou's case, Ukrainian police said they had “launched a criminal case under Article 115 of the Criminal Code of Ukraine (premeditated murder) and will check all versions, including the version of murder disguised as suicide”.

The Belarusian regime of Aliaksandr Lukashenka is no stranger to transnational repression. On August 1, 2021, Belarusian athlete Krystsina Tsimanouskaya was removed from the Olympics by Belarusian sports officials who attempted to put her on a flight home against her will. She requested police protection and was later granted a humanitarian visa by Poland.

In May 2021, Belarus grounded a Ryanair flight from Greece to Lithuania over its territory and detained opposition journalist Raman Pratasevich, who remains under house arrest.

In July 2016, veteran Belarusian journalist Pavel Sheremet, who had investigated corruption at the top echelons of Belarusian power, was killed by a car bomb in Kyiv. Five years on, the probe into his death is still ongoing and his murder remains unsolved. Activists and media rights groups have called for a thorough and transparent investigation to identify those responsible for Sheremet's murder.