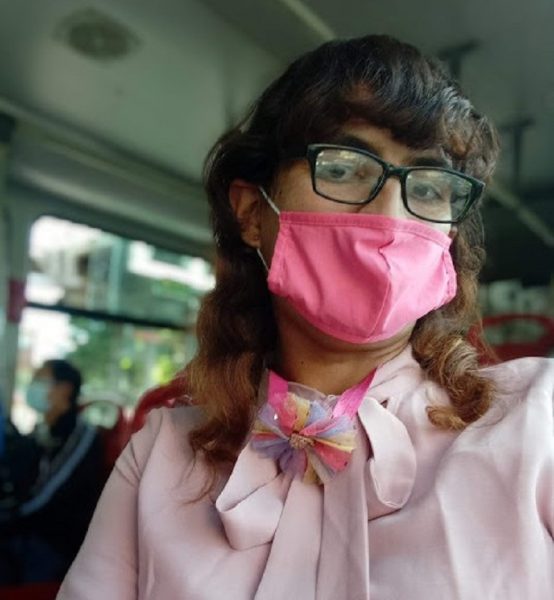 Photo of the author, used with permission

Early one morning in July, she gets ready for her orthopedic appointment. She looks feminine, but even so, comments and teasing on the street are inevitable, just like when she's going to work. It doesn’t matter, she’s happy about this appointment she got after two months of persistence. As she bathes, she remembers that three years ago, her medical service knew her as the woman she is and didn’t treat her the same as when she had a masculine appearance.

Three years ago, she had a bad cold, but the doctor blamed her symptoms on hormones. And so, her health problems began to be blamed on her transition. If her knees hurt, it was because of hormones; if she had depression or anxiety, it was because she was a teacher who should not dress as a woman in her school. They did not acknowledge that she continued to be mistreated by fellow teachers and parents.

She also remembers that last September, she went three times for the same emergency. In the first two visits, they blamed the hormones for her abdominal pain, even though she had not taken them for months. On her third visit, the doctor ordered her appendix to be removed immediately. After surgery, the doctor—who always treated her in masculine terms—sent her home prematurely, ignoring her abdominal pains. In addition, she was mistreated by the rest of the staff, like when a nurse questioned her identity by shouting, “Why are you pretending to be a woman,” and all for requesting to be treated by a doctor.

She had to return a week later because her abdomen, overflowing with a hemorrhage, caused anemia. She was hospitalized for almost a month—but this time she was treated with dignity because she had learned not to keep quiet and to put her complaint in writing. The doctor in charge of the floor apologized to her for the bad treatment she received during the previous hospitalization. 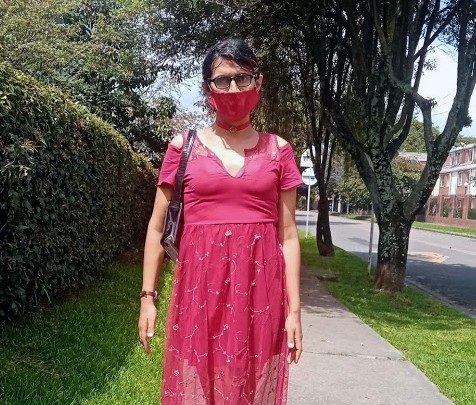 She finishes getting dressed to go to the orthopedist and thinks about how, although the pain is severe, her life is not at risk like when she had appendicitis. She takes a bus and arrives at one of the medical centers where public school teachers like herself are treated. The guards treat her respectfully, but only because she managed to make them do so; they used to look at her morbidly or make fun of her. Complaining to customer service got results.

In the line to check-in, people continue to reject her by referring to her as masculine, consciously refusing to differentiate a woman from a man. After asking the people in line and the attendant to use the gender and name on her ID card, she waits in the room for the doctor’s call. She takes a seat and other teachers scrutinize her with looks of astonishment or disgust. A couple of older adults stare at her and begin a conversation about how “people today are getting lost.” She tunes out these situations in her mind to concentrate on the appointment.

From the office, she hears a doctor call her. She is relieved to hear her name. This is because, despite having won legal protection two years ago that ordered the social security authority to change the name and gender on her identity document, they left her past names, “dead names,” visible in her medical history even though they were no longer part of her identity. They do not erase them because they are “records,” just like someone who commits a crime and it remains on their record. Her crime: changing her name.

She enters the office. She notices that she is treated differently from a few days ago when another orthopedist kept addressing her in masculine terms and calling her “partner.” Today’s doctor focuses on her hip condition, and orders tests to confirm possible trochanteritis [1]. This is unusual for her; in other appointments, a diagnosis tends to be replaced with subjective evaluations of her body and genitalia, and the “wrongness of living as a woman.”

By the same author: Nothing is braver than a trans woman unafraid to die in order to live [2]

Many doctors see her from the point of view that she “should be” a man, who for them is so weak that he resorts to wearing feminine garments. That’s why they normally say things like “you are a young man”, “your male anatomy is weak”; “Be brave and take what was given to you.” She would like so much to be treated in the same way as the other female teachers, who are not reprimanded about their bodies or relationships!

She is discharged and gets her exams scheduled. She takes the opportunity to ask about her gender reassignment surgery, which she requested over two years ago. She is clear that, with or without a penis, she is still a woman, but it makes her uncomfortable to have it. It is something that many doctors do not understand because they tell her that “it is the best thing about a man.” But it causes her dysphoria; it is not part of her body. They inform her again that the surgery cannot be performed.

After so many unsuccessful steps and formalities, she now faces a new impediment: the vaginal dilator is not available in her country, Colombia. The urologist warned her that without it there is no operation. The same urologist assumed that the patient had a male partner and would have no problem; when the patient clarified that she was a lesbian, the specialist assumed that she would have no problem if the vaginal canal was narrow, because lesbians do not need it. As she leaves the building and waits for the bus, she wonders if the urologist would say the same thing to lesbian cisgender women.

She comes home tired but unwavering, and while she knows that in order to have acceptable healthcare she had to fight to keep her job as a teacher, she recognizes that her trans sisters are dying at the hands of the health system that systematically denies them life and existence, like what happened to Alejandra Monocuco [3], who died in 2020 because of lack of medical care. In Spain [4], almost 50 percent of transgender people cancel or delay their medical appointments “to avoid feeling discriminated against at the doctor’s office” and 17 per cent avoid going to the doctor altogether.

Therefore, she knows that remaining silent is inappropriate and will continue to fight for dignified and medically ethical, non-discriminatory care because the health of trans people is a vital right, not an indulgence.