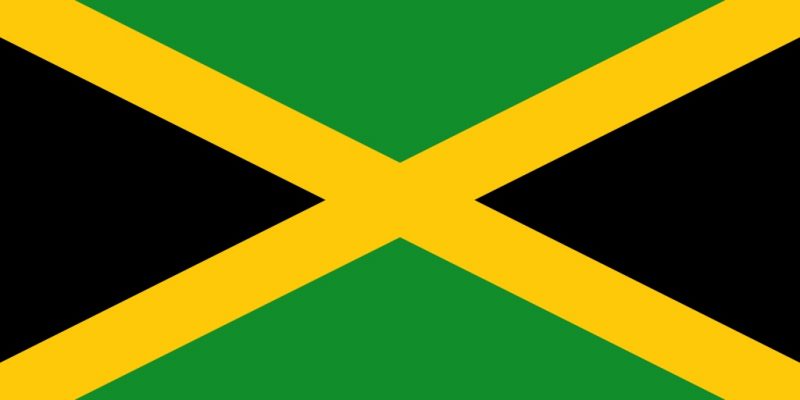 After a somewhat anxious week as a COVID-19 “third wave” appeared to be gaining momentum, the Tokyo Olympics were a welcome distraction for many Jamaicans feeling oppressed by tightened curfew hours. Jamaicans’ interest became more focused, with patriotic fervor rising, and when the track events began, Twitter came alive.

As sports fans set their alarms for the events on Saturday morning Jamaica time, many prepared in advance with the appropriate gear.

Public relations practitioner Jean Lowrie-Chin, who would normally be waving the Jamaican flag in person at Olympics events, dressed accordingly, wishing she were there this time:

Her husband Hubie was ready to make some noise with the “Dutch pot” covers—a traditional Jamaican way to celebrate:

Retired Jamaican sprinting icon Usain Bolt’s absence in Tokyo had been duly noted in the international press, but this time there were high hopes for the women. These hopes were realized when Elaine Thompson-Herah, Shelly-Ann Fraser-Pryce and Shericka Jackson raced across the finish line in first, second, and third places in the Women’s 100 meter final on July 31.

In case you missed it: Olympic Champion Elaine Thompson-Herah blazed across the finish line to cop the second-fastest 100m time in history. Her final time was 10.61 secs, a new Olympic record, breaking Florence Griffith-Joyner’s 10.62 mark from the 1988 Olympics. #ToykoGoldRush pic.twitter.com/1uJUEdcZrP

Thompson-Herah herself, who like Bolt hails from rural Jamaica, tweeted:

Just a lil girl from BANANA GROUND who liked to run. Believe In your dreams work hard and have faith in God…ETH pic.twitter.com/UrR7UuGZGO

In a high-spirited video shared by the Jamaica Gleaner, Thompson-Herah’s grandmother celebrated the victory (complete with biblical references) from her living room, and was already anticipating a win in the 200-meter race, which her granddaughter will be competing in:

Gloria Thompson, the grandmother of Olympic 100m champion @FastElaine, was ecstatic this morning as she watched the final of the women's 100m from her hometown in Banana Ground, Manchester. It's a win Thompson had predicted and she is looking for a repeat in the 200m. pic.twitter.com/VV6nJbVavF

Thompson-Herah's father and friends celebrated raucously at his barbershop in the mid-island town of Mandeville, while one young man quietly waited for his haircut:

An exuberant Usain Bolt and a few friends tweeted an impromptu dance party in honor of the women. He was at home in Jamaica (the proud father of newborn twins):

(3/3) I am so happy as the Minister of Sport and I am sure all of Jamaica shares my joy. At home the pans and pots would have sounded. pic.twitter.com/Pl6ZnniIlV

A Jamaican sports journalist in Tokyo underlined the women’s achievement:

Jamaica’s dominance in the women’s 100m at the Olympics is mind-blowing. 10 of the 12 medals won since 2008 and every single gold since then have been won by Jamaicans. 16 of 30 medals since 1984 have also went to Jamaican women. DOMINATE

Economist and commentator Damien King found himself speechless, for once:

Having recovered, King had done some calculations:

The highly touted young American sprinter Sha’Carri Richardson, who was removed from the U.S. team after testing positive for marijuana, tweeted in solidarity with the Jamaican trio after announcing her intention to host an Instagram Live session:

Congratulations to the ladies of Jamaica for the clean sweep. Powerful, strong black women dominating the sport. ✨

On a style note, the wearing of colorful wigs once again made an impact. Silver medal winner and former Olympic champion Shelly-Ann Fraser-Pryce is famous for hers—and for the final, turned up in a vibrant gold wig. One Jamaican quipped:

Shelly’s wig is about to cross the finish line before some a dem #Olympics #Tokyo2020 #TeamJamaica??

I love that black women at the Olympics are being bold, wearing colored wigs, long nails, butterfly lashes and then winning ? #Olympics

Meanwhile, as Jamaicans bathed in the afterglow of the “one, two, three” win, vaccination centres across the island were opening. On the previous afternoon, 300,000 doses had arrived from the UK, ending a worrying vaccine “drought,” and were immediately dispatched to centres across the island. The Ministry of Health and Wellness aims to have 150,000 Jamaicans vaccinated in a week. One government minister observed:

Imagine if everyone used this same national pride and went out this weekend to get vaccinated??! PARENTS, you also owe it to ur children, their teachers & everyone you & they will come into contact with to get vaccinated. One Jamaica??. We all in this together #vaccinateJa

We will have tales of heroes to tell our grandchildren. pic.twitter.com/Oa7stGriNn

Beijing 2008. Jamaica is now the only country with two sweeps. pic.twitter.com/cJl58mFW3q

And a Jamaican graphic designer on Twitter shared his depiction of Thompson-Herah gently lifting the “sprint queen” crown from Fraser-Pryce's head:

From one queen to the next. pic.twitter.com/OOERwb7UlE

Sandals International Resorts jumped on board with a reward for the three young women:

Usain Bolt himself summed it up succinctly in a tweet:

As Jamaicans prepare to celebrate Emancipation Day on Sunday, August 1 and the national holiday on Monday, perhaps there will be more excitement in store. Meanwhile, the euphoria will take a while to quieten down. There is a feeling in Jamaica that it is time for some good news.