In the face of elite tourism projects, the Barbuda Warbler isn't the only one that might lose its home

The UNHCR has expressed concern 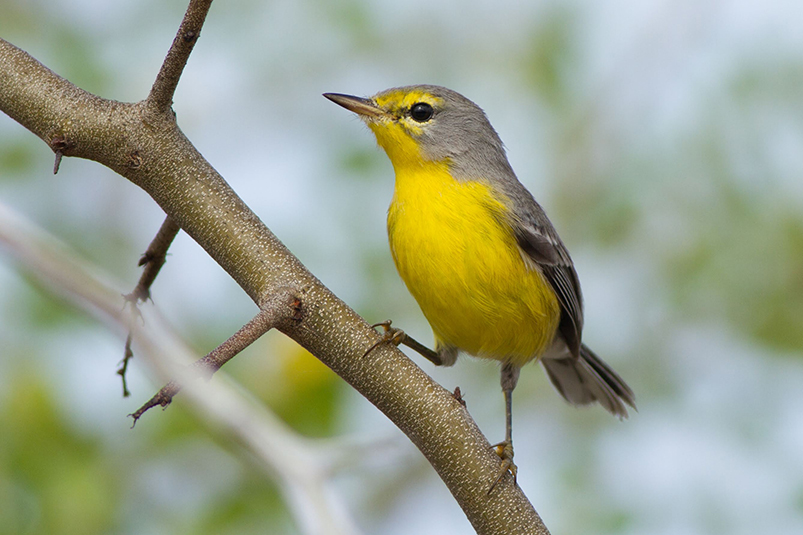 On the evening of September 5, 2017, the Caribbean nation of Antigua and Barbuda sat nervously waiting for the arrival of Hurricane Irma. When Irma hit, Barbuda, the smaller of the two leeward islands, bore the brunt of its wrath. The very next day, with Hurricane Jose hot on Irma's heels, Prime Minister Gaston Browne declared the island “uninhabitable” and ordered the mandatory evacuation of residents. So began a far more insidious threat: the erosion of Barbudans’ centuries-old system of communal land rights.

There has been a battle going on ever since—one that is now under heavy scrutiny thanks to the United Nations High Commissioner for Refugees’ (UNHCR) concerns over the development of the exclusive Barbuda Ocean Club, accompanied by an international airport. Though there are other exclusive tourism-related ventures in the works, both these projects could further chip away at Barbudans’ land rights, as well as adversely impact the island's ecology and attendant wildlife—including an endemic bird that survived Hurricane Irma, but may not prove as resilient in the face of such large-scale developments.

Ever since Barbuda was under British rule—it finally became independent in 1981—there has been a community-based land tenure system in place. The 2007 Land Act, which formalised the custom, states that the land, which is owned in common by Barbudans, cannot be sold. Any “major development,” meaning projects costing in excess of 5.4 million United States dollars or having “a significant impact on the economy, environment or infrastructure of Barbuda,” must go through a series of checks and balances.

First, Barbudans must agree to the project in principle. Then, Barbuda's Council must give its blessing before any proposal is sent for Cabinet consideration. Once the Cabinet agrees, the people must give their final consent. After 2017's evacuation of the island, however, that consent seemed to matter less and less. Prime Minister (and current Caribbean Community—Caricom—chairman) Gaston Browne took an approach that felt to many like political gaslighting when he called the island's age-old land-sharing practice “a myth” and proposed instead that the government would sell Barbudans the land they already occupied for one Eastern Caribbean dollar (37 United States cents) in return for a title. It is a move that some have called a classic case of “disaster capitalism.”

That December, parliament amended the 2007 Land Act, weakening the legislation governing communal land sharing by allowing ownership, potentially laying the groundwork for mega tourism projects that could threaten the island's fragile ecosystems and, for the right price, snatch Barbudans’ land out from under them. By March 2018, Browne said his administration intended to repeal the law.

Back then, the blog Barbudaful alleged that the government's plan predated Hurricane Irma:

Prime Minister Gaston Browne’s Paradise Found Act was part of this – this 2015 Act was designed specifically to allow his new economic envoy (the actor Robert De Niro, and partner James Packer) to take up huge areas of land on Barbuda in addition to their acquisition of the K Club lease, without reference to the Land Act. Since then the Land Act has been amended by the Prime Minister to facilitate other large projects with long, cheap leases proceeding without any local consultation, intending eventually to give freehold to these so-called investors. Finally, after the island’s infrastructure was allowed to completely run down, assisted by Barbudan Arthur Nibbs, who famously called his own people ‘squatters’ as the ALP’s Minister for Agriculture and Lands; the Land Act was finally repealed, threatening rights that had existed on Barbuda for four hundred years. […]

A huge area of wilderness was immediately bulldozed, to build a new ‘airport’ for private jets in the immediate aftermath of a major disaster […]

The UN's move follows that of the Global Legal Action Network (GLAN), which called for an investigation into what was happening in Barbuda, alerting the Geneva-based Ramsar Secretariat, which champions the protection of critical wetlands around the world.

A UN letter reportedly expressed concern about the resort's ecologically sensitive location, containing wetlands that support biodiversity and are critical for buffering the effects of climate change, including protecting the island from hurricanes. The approach to the construction of the airport's runway, supposedly built above limestone caves, is also under review.

The International Union for Conservation of Nature (IUCN) currently lists the Barbuda Warbler (Setophaga subita) as a vulnerable species—down from its previous near-threatened ranking—with an estimated population of just 600-1,700. In a 2019 update on Barbuda post-Hurricane Irma, Birds Caribbean noted:

As an endemic, the Barbuda Warbler is completely restricted to the 62 square mile island and with its relatively small population, is at a higher risk from extreme weather events and habitat loss. […]

The construction of the new airport meant that several points we had previously counted [the species] were now either on the runway or in the middle of the rock quarry supporting the new construction. Habitat loss and concerns about the impact the airport will have on the surrounding warblers are something that should be closely monitored into the future.

The post added that the island's Magnificent Frigatebird (Fregata magnificent) colony is the largest breeding ground for the species in the Western Hemisphere, making it “critical to the continued success of this species in the Atlantic.”

Meanwhile, even as a legal suit about the land rights issue is scheduled to be heard before the United Kingdom's Privy Council, Barbudan social media users are using the time to raise awareness within the region.

@CARICOMorg It is indeed sad and a poor reflection on your organization that the individual who is the chairman, is one who has no respect for the people of #Barbuda and #Antigua, their lands or their #human rights.

She was confident, however, that the people would triumph, as they have for centuries:

#Hurricane Irma destroyed much of #Barbuda in 2017, but not the spirit of #Barbudans. Post #Irma, the #Antigua government decided to complete the destruction, and it continues. There is rapid destruction of the #environment and #lands all in the name of greed and “development.”