Iranian state comes down hard on protests over ‘Thirsty Khuzestan’ 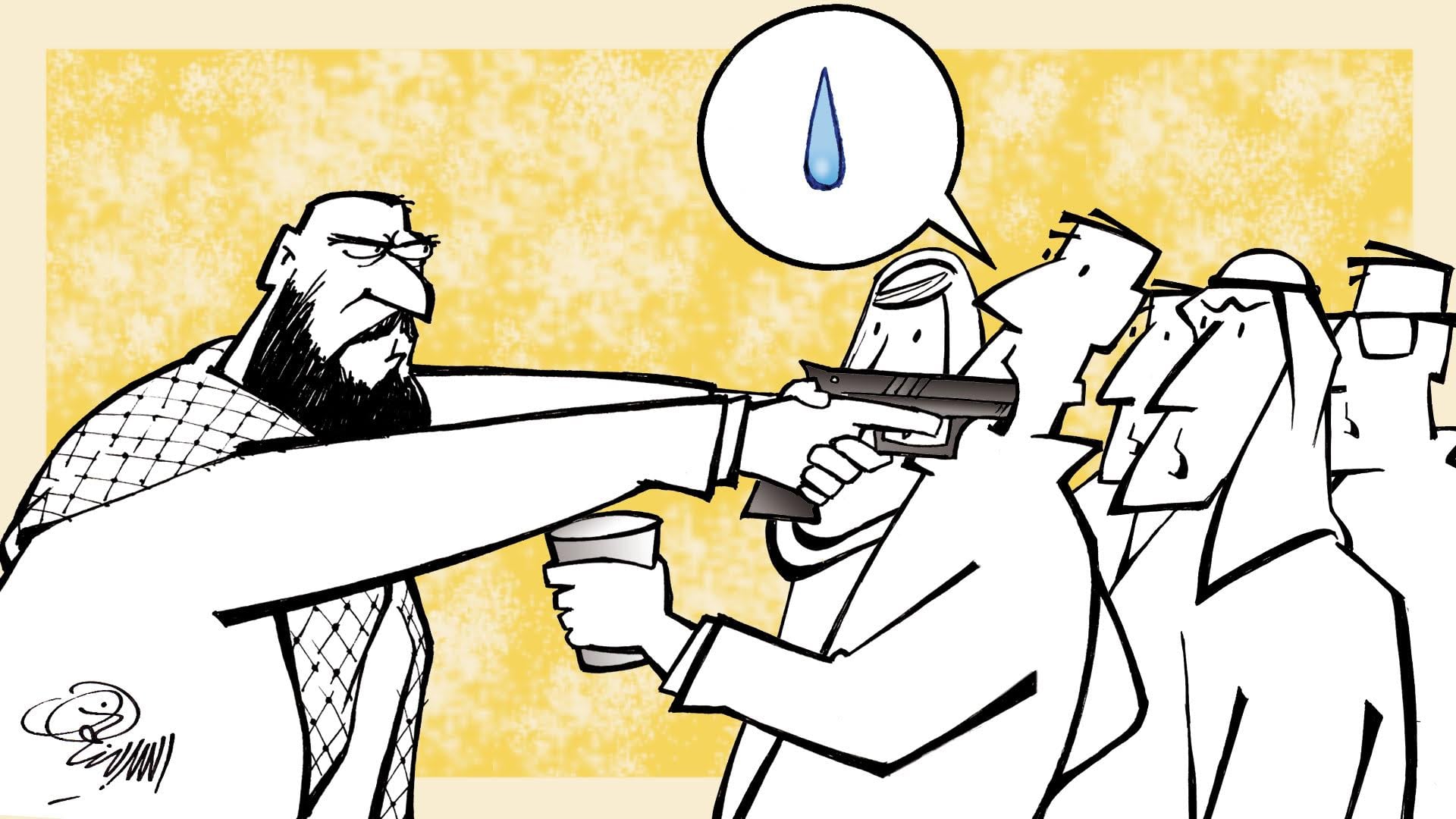 Demonstrations have erupted across several cities in Iran’s richest province of Khuzestan since July 15, as a months-long drought in the southwest region drove the people to accuse the authorities of mismanaging water resources, both for drinking and for agricultural irrigation.

Days into the protests, Amnesty International said in a July 23 report it had confirmed the deaths of at least eight protesters and bystanders, including a teenage boy, after the authorities used live ammunition to quell the protests. Iranian media and officials have said at least three people have been killed, including a police officer and a protester.

The multiethnic population of Khuzestan, which includes a large community of ethnic Arab Iranians, have repeatedly complained of a lack of clean water, only to be met with the state’s repressive policies.
Since protests began, rallies have rippled across to several other provinces, with citizens expressing solidarity with the thirsty people of Khuzestan.

Anti-government chants resounded in these rallies. In some cities, like the southern city of Izeh, pro-Pahlavi dynasty slogans against the Islamic Republic were heard. Protesters in the capital, Tehran, chanted “Down with the dictator!” and “Do not be scared! We are all together!”,  a slogan reminiscent of the anti-government Bloody Protests of November 2019.

While the Iranian state faced criticism from international organizations and Iranian human rights and civil society activists for repressing the demonstrations in the oil-rich province, Iran’s Supreme Leader Ayatollah Ali Khamenei said on Friday that he understands protesters’ anger over the drought.

A different kind of protest?

According to some reports, internet connections were regularly disrupted a week into the protests in the country's southwest.

A 40 percent drop in rainfall over recent months is seen to be among the reasons behind a nationwide shortage in water, which peaked for the people of Khuzestan. However, protesters also blame the shortage on “corrupt management of resources and a close-minded approach to economic development.”

Many have also taken to social media to express their frustration.

this lady is telling that there's not enough water for her animals and they're dying, this is the way this lady and her family bring food to their table. she's begging for help. does anyone hear her voice? #خوزستان_آب_ندارد pic.twitter.com/o4xwfN1Nt1

Hashtags such as #KhuzestanIsThirsty and #KhuzestanHasNoWater were used to express outrage at the government and shed light on the protests, as well as on the clampdown protesters faced.

The young man who sings, Meisam Achresh, lived in Mahshahr (Bandar Ma'shur). On July 18, 2021, they shot 2 bullets at him (1 in the head). He died on July 21.
Reminds me of Younes Achresh, 17, who, according to Rokna, self-immolated in 2018 because of poverty
#khuzestanIsThirsty https://t.co/cIYkX7vxIF

Mahmmood Amiri Moghadam, director of the Oslo-based Iran Human Rights Center, told Global Voices that the ongoing protests reflect a growing outrage among a wider segment of the Iranian population, especially those who were once aligned with the regime. Comparing the demonstrations with those of the 2009 Green Movement, he said:

The new protests belong to the lower middle class and the poor and are mainly from districts and peripheral parts of the country, while the Green movement, for instance, had its base among the upper-middle class in larger cities. While the protesters in the last two decades had, to some extent, sympathy with the so-called reformist faction, the new wave of protests don’t distinguish between different factions of the regime and are against the entire Islamic Republic State—an establishment that is not only repressive and brutal but it is also extremely corrupt and incompetent.

He went on to add that ordinary people are getting more impacted by the corruption and mismanagement, as poverty grows, while “the regime doesn’t have the cash which used to buy them some support among the poor.”

Attached is another video of protesting citizens in #Baharestan, #Isfahan from earlier today. In the clip, protesters are chanting “We do not want an Islamic Republic.” #KhuzestanSOS #IranProtests pic.twitter.com/jIJk9Pk4UT

On Tuesday, a group of civil rights activists including Narges Mohammadi, the author of “White Torture,” was arrested for a few hours as they gathered in front of the Ministry of Interior to express their support to protesters in Khuzestan.

Numerous artists, writers, lawyers, sportspeople, and associations such as The Writers Association published statements in support of the people of Khuzestan. More than 130 Iranian documentary filmmakers condemned in a statement the repression of protesters and asserted that “they stand by the thirsty people in Khuzestan.” A group of journalists inside Iran also  called for the end of repression and censorship in Khuzestan.

Today’s protests are neither new to the region nor the first instance of state handling dissent with an iron fist. In 2018, Amnesty International published a statement expressing its “concern about the reports that security forces used unnecessary and excessive force, against generally peaceful protesters during recent protests in Khuzestan province, where people have been demanding clean and safe drinking water.”