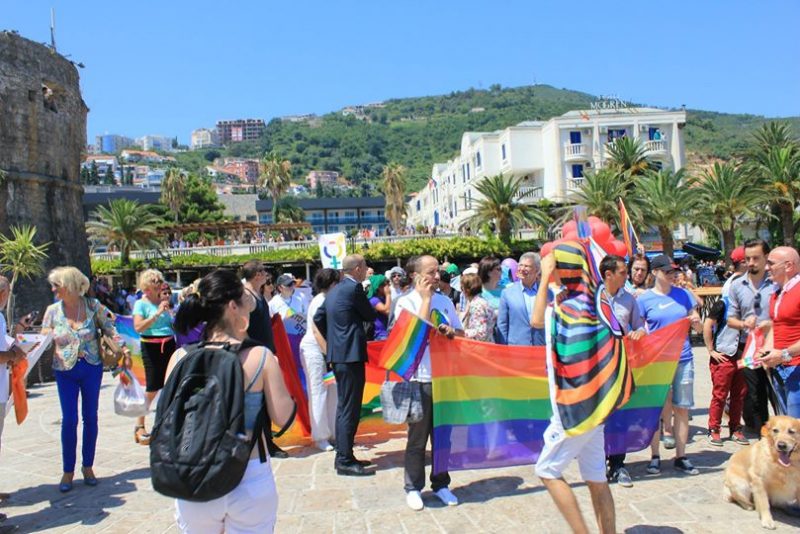 Montenego has came a long way since the  2013 SeaSide Pride in Budva, the first pride parade in the country. Photo by LGBTQ+ Forum Progres, CC BY-NC-SA.

The first same-sex life partnership in Montenegro was registered in Budva, a city on the Adriatic coast on July 25, 2021, ten days after a law legalizing gay marriage adopted a year earlier came into force.

On June 1, 2020 Montenegro's parliament adopted a law on life partnership for same-sex couples, making Montenegro the first country in the Western Balkans to legally recognize same-sex marriage. The law came into force on July 15, 2021. 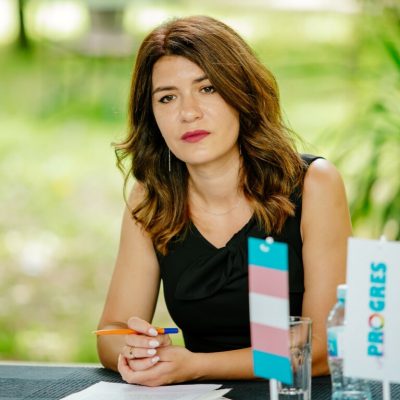 Right after, Bojana Jokić, the president of the board of LGBT Forum Progress, the first and oldest LGBTIQ organization in Montenegro, confronted the spread of homophobic disinformation, in particular allegations that the authorities are not ready to implement the law due to a lack of appropriate registry books, or that further lower-level regulation needs to be adopted. She called upon the competent institutions to complete the necessary preparations for implementation of the law:

After so many years of struggle we won this small step forward and partial legal equality, and now we shall not allow that malicious interpretation of the legal norms result in further prolonging or abuse for political or other purposes.

Ten days later, she was proven right. According to a news article in the Vijesti newspaper, “two young women with Balkan origins who live and work abroad” submitted a request for registration of their marriage to Budva municipality on July 17.

Local self-government coordinator Milijana Vukotić Jelušić told Vijesti that the municipality was honored to be the location for this ground breaking event.

The group LGBT Forum Progres marked the occasion on Twitter:

Today in the municipality of Budva, two girls become the first couple that formed a life partnership in Montenegro, according to the law which came into force only ten days ago.
We congratulate to the two partners from the bottom of our hearts and we wish them a happy life together, hoping that this will encourage other same-sex couples in Montenegro to implement their right guaranteed by law!
We are particularly proud of the fact that the first partnership was registered in Budva, exactly 8 years after the first historic pride parade took place in this town.

The anniversary of the first pride march brought back memories about the long and arduous road the LGBTQI+ community had to cross, given the obstacles in a region considered largely socially conservative.

Today marks 8 years since the first Pride march in #Montenegro!

One important lesson I leaned from this experience and can share with U all: Never underestimate the impact you can make as an individual! + be safe! ♥?♥

The law adopted in 2020 does not include provisions to allow same-sex couples to adopt children. In all other aspects, their rights are the same as for heterosexual couples, including property rights, inheritance, social and health security.

Balkan Insight also noted that despite support from the  authorities, homosexuality remains a sensitive issue in Montenegro. It quoted a survey suggesting that 71 per cent of citizens “viewed homosexuality as an illness” and half of them considered the law on same-sex partnerships “a danger to society.”