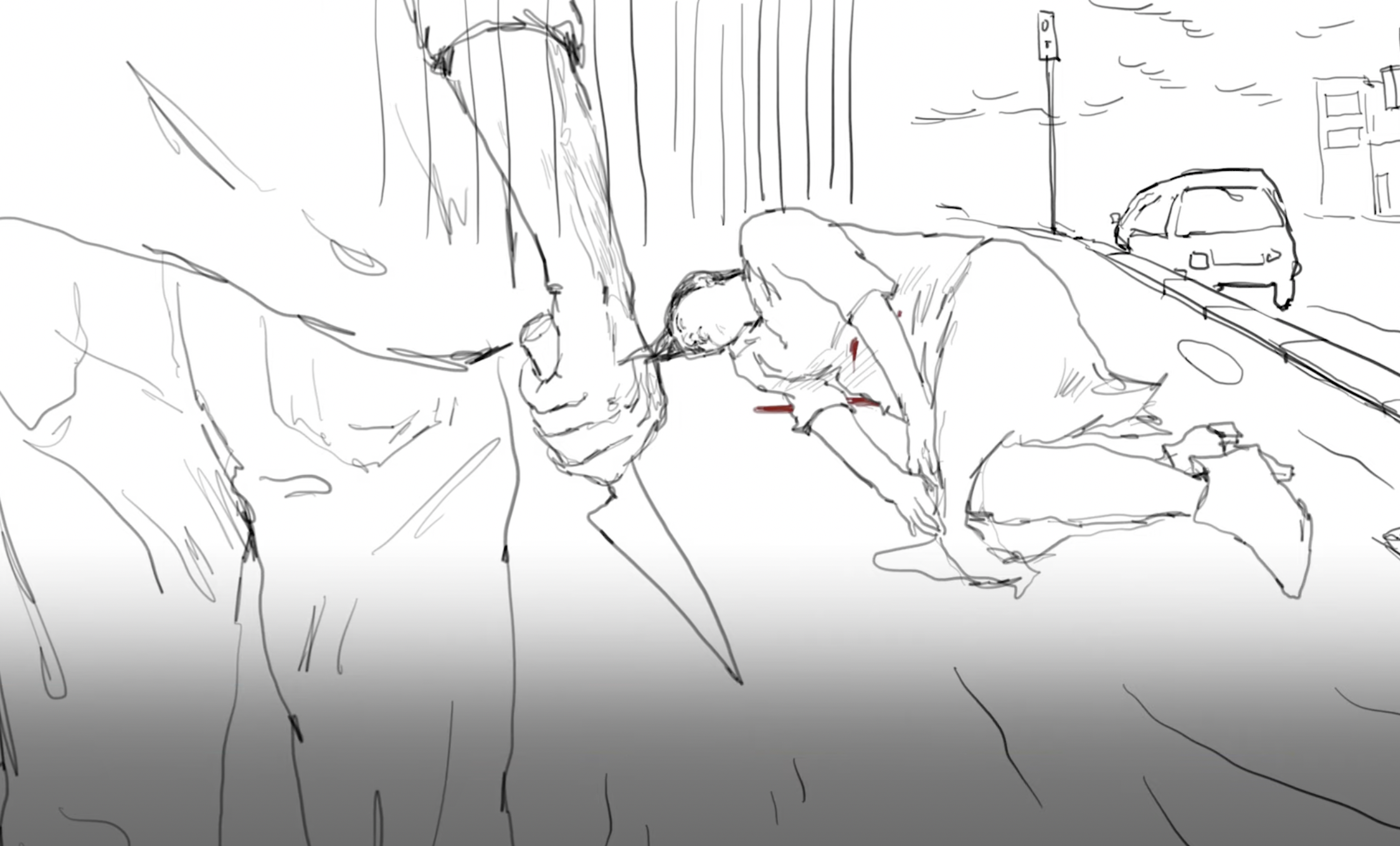 A screenshot taken from a Meydan TV report about femicide in Azerbaijan.

This article was first published on OC Media. An edited version is republished on Global Voices under a content partnership agreement.

Nargiz Mustafayeva, a resident of the central Barda District, was strangled to death on Sunday, July 25. Her husband, Agil Mustafayev, born in 1983, was arrested. According to the Prosecutor’s Office, Mustafayev killed his wife over a family dispute.

Mustafayeva is the fifth woman murdered in Azerbaijan in the past 10 days.

On 24 July, Meykhosh Jafarov allegedly stabbed his wife, Khatira Farajova, to death. According to prosecutors, Farajova and her children were regularly abused by Jafarov.

On 23 July, Zarbali Guliyev allegedly stabbed and killed his wife Lyudmila Tatachenko following an argument, before taking his own life.

On 16 July, singer Aygun Mirzayeva was stabbed 23 times at a hotel in Baku. Ali Mammadov, who was arrested for her murder, said the two were lovers and confessed to the killing.

According to feminist activist Gulnara Mehdiyeva, women in Azerbaijan lack even basic security. “I think these femicides are proof of how vulnerable women are in the country. Because in most cases, murder is not the first stage of violence, but the last stage,” Mehdiyeva told OC Media. She added:

Murderers are often known for their violence against their spouses or lovers beforehand. For example, a husband who kills his wife who is trying to get a divorce and has abused her and her three children. That was the reason for the divorce.

Mehdiyeva noted that law enforcement agencies had “done everything in this matter except what they should.”

The country’s policies and the current legislation do nothing to protect women in the period before they are murdered. Police does not like to open criminal cases, especially for domestic violence. When applying to the police, applicants are encouraged to withdraw their complaints in order to reduce the number of cases. They [the police] do everything except their job.

Mehdiyeva told OC Media the lack of accountability also extends to the country's court system. “Courts do not serve justice; social security agencies cannot provide social support to unemployed women with children. As a result, women are forced to continue to associate with violence. This ends with murder.”