Social media was flooded by obituaries and tributes to Siddiqui 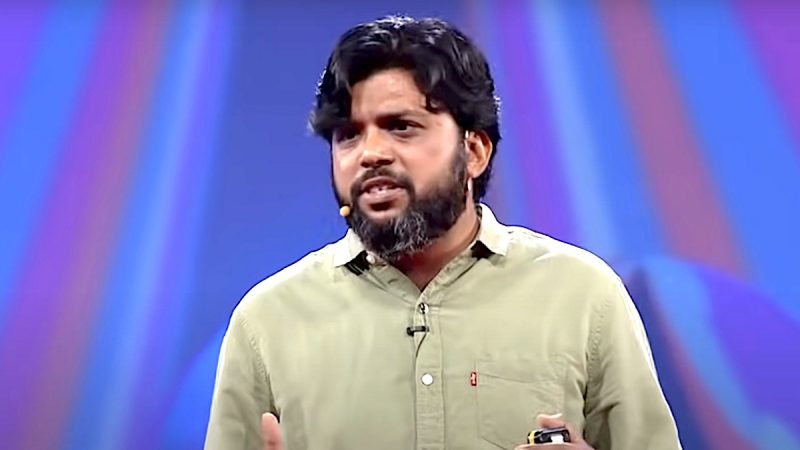 Acclaimed Indian and Pulitzer Prize winner Danish Siddiqui was killed in Afghanistan on the 13th of July, 2021. He was on an assignment, embedded with a convoy of Afghan security forces and, according to the reports, was covering the clash between the security forces and Taliban near a border crossing with Pakistan. Danish's demise has led to a range of emotions being expressed across fraternities, from respectful tributes to critical comments (from naysayers).

The legacy of Danish Siddiqui

Danish had a stellar career in journalism, working with television and prestigious news agencies across the world. His lens captured a range of happenings and made stories come alive through vivid photographs. From political conflicts to the countless struggles faced by people, Danish injected a world of depth into his work.

Before his demise, Danish had posted several pictures on his Twitter handle capturing the reported rescue mission by Afghan forces in Kandahar.

THREAD.
Afghan Special Forces, the elite fighters are on various frontlines across the country. I tagged along with these young men for some missions. Here is what happened in Kandahar today while they were on a rescue mission after spending the whole night on a combat mission. pic.twitter.com/HMTbOOtDqN

I could feel the tension in the air as ASF were expecting an imminent attack from the Taliban. There was sporadic machine gun fire but all hell broke loose as the Humvees reached the extraction point. pic.twitter.com/TqnnqiuTUr

Winning the Pulitzer Prize in 2018, in the category of feature photography along with other colleagues for documenting the state of the Rohingya community in Myanmar, was a milestone in his career. The documentary was significant in many ways: it won the Pulitzer, and it also opened a window that increased  the visibility of the struggles of the Rohingya community and their life in refugee camps.

Siddiqui's first brush with photography started early, with a borrowed black and white camera on a school trip to the Himalayas. After completing a bachelor's degree from Jamila Milia Islamia, one of the most prestigious universities in Delhi, he proceeded to get a master's degree in Mass Communication from the Communication Research Centre on the same campus. He kept being charmed by still photography all through his studies, and later during his television career.

The human angle was always big in his photo stories. His profile on the Wider Image of Reuters reads, “While I enjoy covering news stories — from business to politics to sports — what I enjoy most is capturing the human face of a breaking story.”

Whether it was the play of emotions on the faces of the people watching a Bollywood film at the Maratha theatre in Mumbai, or the heartbreaking plight of the Rohingya community, the ‘human’ essence indeed spoke loud and clear in Siddiqui's work.

His latest mission in Afghanistan brought him to a place where life hangs in balance by a delicate thread. Siddiqui's Twitter handle reveals that he was no stranger to the perils that lay in being a photojournalist embedded with the military. However, these challenges did not influence the riveting photo stories that he churned out.

Since he died, social media has been flooded with obituaries and tributes to his work, from diplomats to fellow journalists. Journalists all over India made temporary shrines with cameras to pay tribute to the departed photojournalist.

Deeply disturbed by the sad news of the killing of a friend, Danish Seddiqi in Kandahar last night. The Indian Journalist & winner of Pulitzer Prize was embedded with Afghan security forces. I met him 2 weeks ago before his departure to Kabul. Condolences to his family & Reuters. pic.twitter.com/sGlsKHHein

Trolled even after death

One voice that has remained conspicuously silent though is the Prime Minister's Office in India. Notable journalist Karan Thapar asked in an Op-ed in Hindustan Times: “If the world felt the need to mourn his death, how come his own PM did not?”

On the other hand, the so-called members of the Lutyen's media, known for their left leanings, have been called out for failing to criticise the U.S. ideologies that allegedly led to an escalation of violence in Afghanistan.

Even in death, Danish has not been spared muck-raking from trolls, some of whom crossed the boundaries of human compassion and celebrated his death, while others questioned those who mourned his death.

François Gautier, a French journalist based in India who worked as a correspondent for several French-language dailies, tweeted:

#DanishSiddiqui death tragic, but he always put his Muslim identity before journalistic impartiality. His pro-Rohingya, anti-Hindu, hatred of @narendramodi well known. Lets not be hypocrites: whole media mourning him, but did they mourn 2 Hindu sadhus brutally murdered ?

So why is Danish being trolled ? Why is there an eruption of joy for someone s death ? Is that because he showed pics of your dismal attempt in covid and your heroes killing people and delhi or is it just because he is a muslim OR both ?? This is shameless , to say the least.

From targeted killings to threats that leave them in a perilous state of mental distress and fear for their lives, journalists in Afghanistan face much peril. Danish Siddiqui's demise in the crossfires between the Afghan forces and Taliban is just one of the many tragedies in the larger web of a complex issue that the country is struggling with.