Cubans want more than just the lifting of the US blockade 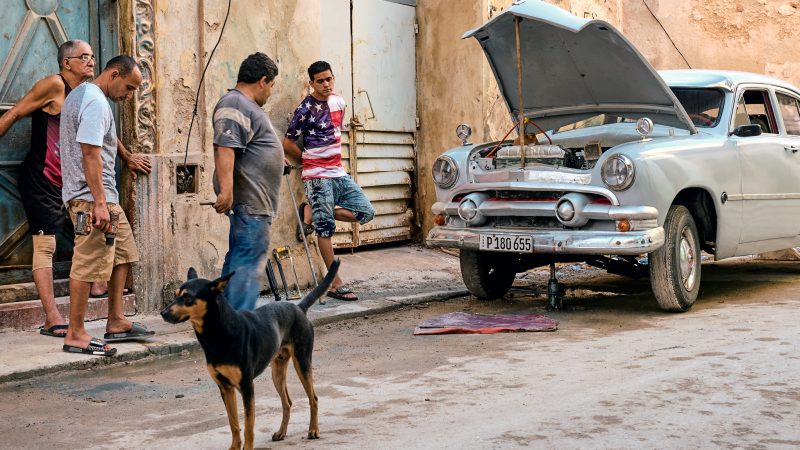 This article was written anonymously by an author in Cuba, using the fictitious name of “Luis Rodriguez.”

As many Cubans were resting in their homes on Sunday morning, July 11, a mass protest took place in the town of San Antonio de los Baños to demand access to vaccines, food, medicine, and freedom, for these are currently the main everyday concerns of the Cuban people.

Even President Miguel Díaz Canel went to that small town to try to bring calm to the situation, while protests spread to other places in the capital and the rest of the country. These events triggered a real social upheaval that shocked not only the Cuban regime, but also the international community.

It was an unprecedented event in Cuba's history, occurring after 62 years of Revolution, as many analysts and the international press argue that it has significantly surpassed the 1994 Maleconazo uprising. To minimize popular discontent and spontaneous action, the Cuban government persisted in legitimizing the narrative that the protests were led from the United States.

While it is true that U.S. sanctions are worsening our humanitarian crisis, the Cuban people are tired of the rhetoric that all our problems are linked to the U.S. embargo imposed on Cuba. Still, people are calling for the blockade to be lifted to ease our living conditions. While it is clear that it is not only the government's inefficiency in solving countless accumulated problems that catalyzed the July 11 protests in Cuba, minimizing the impact of the blockade and the measures taken by the Donald Trump administration would be an unfortunate mistake. I have always opposed the U.S. blockade of the island, which has caused the Cuban people too much suffering, and which the government has historically blamed for all of Cuba's ills.

The situation has changed a lot since the early 2000s when Cuba began to show greater political and economic stability because of a strategic geopolitical issue: the coming to power in Venezuela of the late President Hugo Chávez, Fidel Castro's political ally. Since that time to when Nicolás Maduro came to power, Venezuela has supplied Cuba with oil.

On December 17, 2014, another unprecedented event occurred: the governments of Cuba and the United States announced to the international community the decision to restore diplomatic relations, interrupted since 1961. Although sanctions continued, Cuba experienced a remarkable increase in the number of tourists from the U.S. which benefited the economy extraordinarily, not only in the state sector but also in the emerging private sector—especially small restaurants (known in Cuba as paladares) and rental homes. During that period there was an unusual increase in the standard of living of the Cuban people. In a general sense, the Cuban citizen today remembers that time with nostalgia, as a sign of hope for a better future.

The vast majority of Cubans on the island and in the diaspora in the U.S. did not suspect that the worst was yet to come. That began in 2017 during the Donald Trump administration, which was responsible for reversing almost entirely his predecessor's policy on Cuba. The Trump administration took punitive steps towards Cuba that have reached alarming levels. They included the suspension of remittances through Western Union, the cancellation of the family reunification program, and the closure of the country's consular services at the U.S. Embassy in Havana after serious accusations of alleged sonic attacks on its diplomatic staff, and, of course, the increase in sanctions.

The official figures from the Cuban government published in the prestigious US-based publication OnCuba News show: “The financial and trade embargo imposed by the United States on Cuba for almost six decades caused $9,157 million worth of losses to the island between April 2019 and December 2020.”

According to the Cuban-American academic María Isabel Alfonso, a scholar studying the impact of U.S. sanctions on Cuban families and especially women, the consequences are also emotional and psychological.

When we analyze that data in the context of the daily life of the island, the damaging impact that U.S. sanctions policy has had on Cuba in recent years is noticeable. But it is unquestionable that the main cause of the hardships that the Cuban people are going through lies, not in the embargo (although the sanctions have heightened them), but in the failure of the Cuban political model that prevents the development of productive forces, an essential precondition for Cubans to achieve a more dignified life in a democracy.

With the onset of the COVID-19 pandemic on the island in early March 2020, everyday life deteriorated further. Currently, Cuba is going through the most acute health crisis since the start of the pandemic, with an average of more than 5,000 cases (up from 1,000 in June). Cities like Matanzas, for example, have had to bring medical staff from other provinces, as hospitals no longer have the capacity to respond to the increase in the number of infected patients in that province.

I dare to say that Cuba is facing the worst crisis in its history, becoming a humanitarian crisis similar to the one that Venezuela has gone through in recent years, with endless queues to buy basic products, like bread, while toiletries and milk powder are no longer available even in state stores that sell food and commodities in foreign currency. What is even worse and more devastating is the alarming shortfall of medicines, which puts the Cuban population in a situation of vulnerability in the midst of the pandemic.

Therefore, if the current U.S. President Joe Biden does not reverse the policies of his predecessor concerning Cuba, as soon as possible, the consequences can be tragic and unexpected. I also ask the Cuban government for a transparent portrayal of the protests in the media, without the confrontational rhetoric that causes more violence among Cubans. Even if most of us Cubans on the island are desperate because of poverty and the hardships of everyday life, we still hold the hope of seeing the light at the end of this seemingly endless tunnel.