Vultures soar back into Pokhara

Vultures are an integral part of Nepal's ecosystem 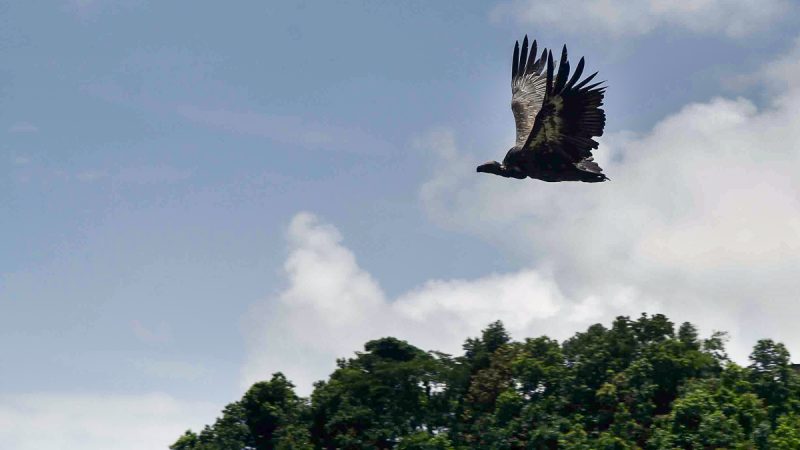 This article by journalist Krishna Mani Baral was originally published in the Nepali Times. An edited version is republished by Global Voices as part of a content-sharing agreement.

Monsoon floods usually bring death and destruction in Nepal, but that is not necessarily bad news for the vultures of Pokhara Valley in Western Nepal which feed on the carcasses of dead animals brought down by Himalayan rivers.

The vigorous start to the monsoon rains has caused floods across central Nepal and triggered landslides that have blocked highways. While this has brought misery to humans, the raptors are enjoying a feeding frenzy. 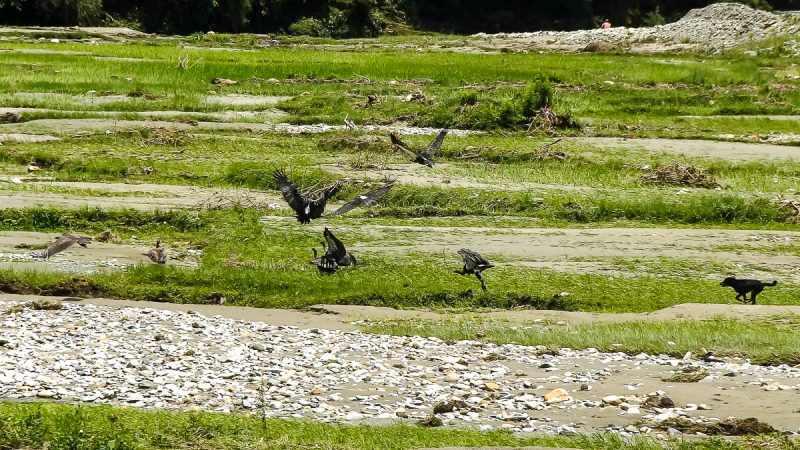 A dog chases away a flock of Himalayan griffon and White-rumped vultures on the bank of Pokhara’s Fhusre River. Image by Krishna Mani Baral via Nepali Times. Used with permission.

Because of its low elevation, mild climate, and proximity to the Annapurna mountains which are over 8,000 meters high, Pokhara Valley is home to all nine species of South Asian vultures.

The valley’s terrain is ideal for vultures that soar on updrafts and circle back looking for food on the ground. Paragliders imitate the soaring vultures, often accompanying the birds above Sarangkot, making Pokhara a favourite international destination for the sport. 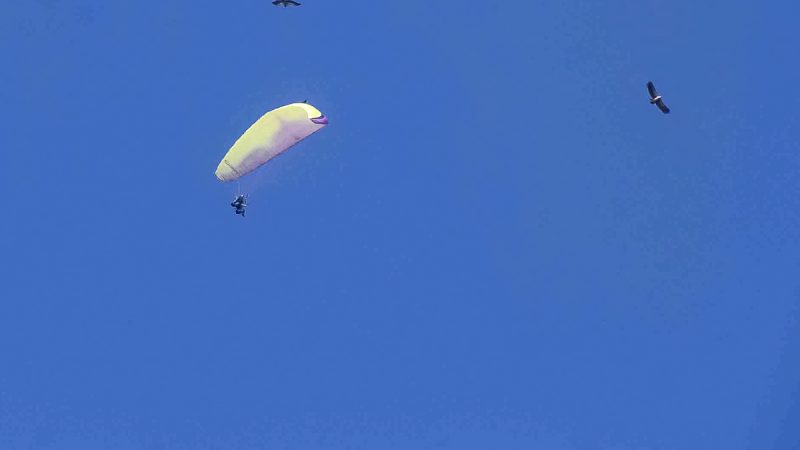 A vulture and paraglider in Pokhara’s Sarangkot. Image by Krishna Mani Baral via Nepali Times. Used with permission.

Vultures get a bad rap because of their morbid feeding habits, but are an integral part of Nepal's ecosystem, they protect humans and animals alike from various diseases by feeding on carcasses. Although vulture populations in Nepal’s mountains appear stable, they are declining in the plains and across South Asia.

In recent times, there has been a shortage of food as well as shelter for the vultures. Death due to high-voltage electric shock is also on the rise. Additionally, indiscriminate poisoning of stray animals using lethal pesticides is contaminating the raptors’ food sources, leading to mass deaths.

In April 2021, 69 vultures of four species (White-rumped, Himalayan Griffons, Cinereous and Slender-billed), two of them on the IUCN list of critically endangered birds were found dead on the grounds of a college campus in Nawalparasi. 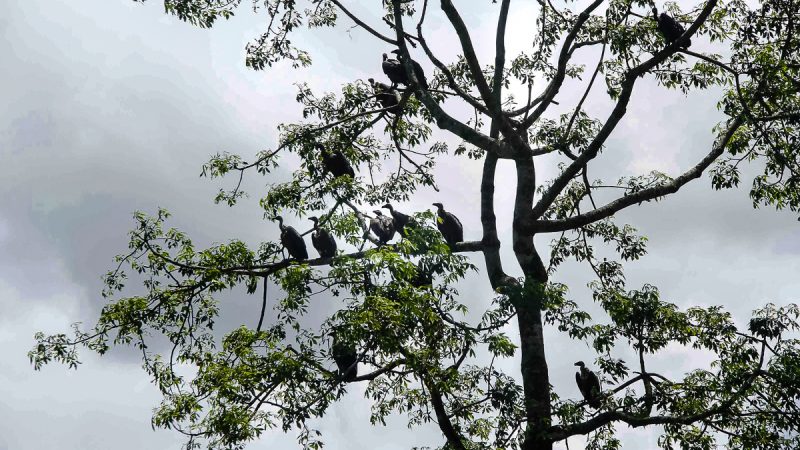 The initial investigation found the cause of the death to be pesticide poisoning of dogs, a common vulture food source. The incident was a huge setback to Nepal’s successful effort to protect the birds from the brink of extinction after they started dying mysteriously in the 1990s.

An analgesic called Diclofenac used to treat sick livestock caused the decline. Just 30 ml of Diclofenac can kill as many as 800 vultures. Subsequently, the steroid was banned in South Asia and Nepal in 2006.

Since then, local communities and nature groups in the country have worked relentlessly to revive the vulture population, including establishing ‘jatayu restaurants’ (JR) —  vulture restaurants —  that serve safe, uncontaminated meat for the raptors to feed on and also care for rescued vulture chicks.

At a JR in Kaski’s Ghachok, one can easily spot 5–6 different species of vultures on a daily basis. Established in 2006, a JR is a community-managed feeding program for vultures, which provides safe food to the species raising awareness about the protected Vulture Safe Zone (VSZ). Globally critically endangered Slender-billed and White-rumped vultures have been nesting and rearing their chicks in Nirmal Pokhari and Bharat Pokhari areas for years. 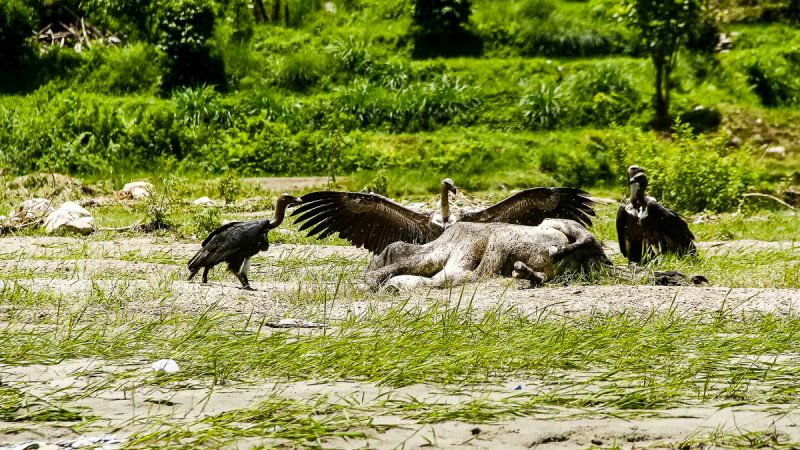 Vultures feeding on a carcass of an ox by the Fhusre River. Image by Krishna Mani Baral via Nepali Times. Used with permission.

There are now over half a dozen jatayu restaurants in Nawalparasi, Rupandehi, Dang, Kailali, Kaski and Sunsari districts across the Tarai and foothills. The effort led to a significant revival of the vulture population in Nepal, which had declined from 1.6 million to 20,000 birds.