"We need to reform the prevailing marriage system" 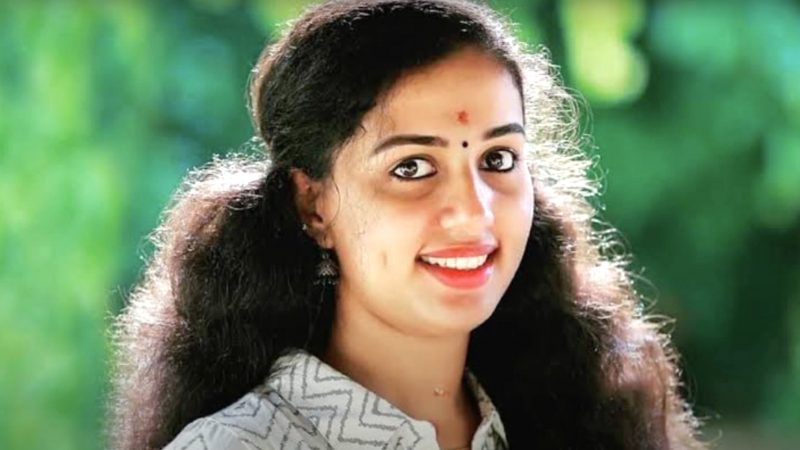 Vismaya Nair, a screenshot from the YouTube Channel Self Tag. Fair use.

The recent death of 24-year-old medical student Vismaya Nair in the Indian state of Kerala has sparked widespread outrage and renewed discussions over dowries and domestic violence in India. Despite their illegality, dowries are largely seen as a source of pride and status among families on both sides. The dark underbelly of the practice includes discrimination against girls, femicide, abuse and endless violence against brides in the country. Vismaya’s death renewed the clamour for a permanent solution that would end the harmful practice.

Unravelling the murky origins of dowry in India is not easy. Dowries are essentially a payment made by the bride’s family in cash or goods in exchange for marriage. Women are expected to relinquish their rights to inheritance or property in exchange for a dowry, which many women are forced to accept because of family loyalty and fear of disputes. Women who refuse to offer a dowry often cannot wed and can be entirely cut off from their family members.

The dowry amount typically depends on diverse factors including religion, caste, location, education, class identity, prestige and social aspirations — with dictating power reserved solely by the groom and his family. Seeking a dowry has been outlawed in India since 1961, however, the practice remains. Enforcing the law has been a challenge. Data from 40,000 marriages that took place between 1960 and 2008 in rural India revealed that more than 95 percent of the reviewed marriages included some form of a dowry.

Dowries are popularly exchanged under the pretence of being a voluntary gift in order to avoid legal implications and are explained away as being necessary to ensure the daughter's comfort in her new home, making it difficult to regulate.

Anecdotal and quantitative evidence confirm that for a large proportion of women in India, access to resources and freedom obtained through education, vanish when they get married. Women are expected to labour invisibly, take up multiple roles and give up personal choices in marriage — often with their families’ encouragement. In recent years the dowry has permeated into communities where the practice has never existed in the first place.

On an early summer day in 1979, 24-year-old newly married Tarvinder Kaur was doused with kerosene and set alight by her mother-in-law and sister-in-law for failing to contribute a large enough dowry. Deep flames engulfed Tarvinder and burnt her to cinders. Her brother, H.S. Bhandari, consumed by grief and desolation, told India Today: ‘If only we had realized how serious the situation was. We thought it was just another instance of marital adjustment and that in a few days everything would be back to normal. She was actually quite desperate, and wanted to return home’.

Protests erupted and women's rights groups took to the streets, fiercely demanding an unbiased trial and fair reparations. Tarvinder's story set the stage for the 1980s movement against dowry killing and gender-based violence, leading to landmark anti-dowry laws in India. Emerging from a newly evolving feminist consciousness, these legislations laid out a strong pathway formulated through a survivor-centric vision. Regardless, dowry and dowry-related violence continued, leading to disillusionment, rage and personal suffering.

What happened to Vismaya?

Forty-two years later on June 21, 2021, Vismaya — a medical student who had been married to Kiran Kumar, an educated government employee, for just over one year — was found dead in her home in coastal Kerala, southern India. Her dowry included 100 sovereigns of gold, one acre of land, and a car worth INR 10 lakh (roughly 13,000 US dollars). Vismaya faced brutal emotional and physical abuse from Kiran for not meeting his dowry expectations, which both her parents and her in-laws knew.

Vismaya apparently felt the need to try and make it work — she was worried about people's comments and did not possess the agency to shape her life. Caught between a family that wanted her to compromise and a household where violence was easily normalised, a distressed Vismaya was exhausted from fighting to survive. Investigations were carried out, Kiran was arrested and his bail was denied.

Countless stories similar to Vismaya and Tarvinder's have been shared across India over the years. The 2019 data from India’s National Crime Records Bureau presents a grim picture. Numbers reveal that these gruesome crimes went up by a whopping 7.3 percent from 2018 to 2019, with those hailing from poverty and marginalised backgrounds facing disproportionately higher incidences violence.

Vismaya’s death fueled anger and debate on social media, with many demanding an end to illegal dowry practices. Many users also speculated about the reasons behind the perpetuation of dowry practices. Radhika Roy, a lawyer and activist opined:

This is so tragic. Much of this stems from the premium that is placed on marriage as the be-all and end-all of a woman’s existence; that without a husband, no matter how cruel, a woman’s life does not amount to anything. https://t.co/oEuatAp6C0

Audiences also explored the root causes of gender-based violence like inequality, patriarchy and other types of oppression. Some asserted that decolonizing trauma, gender and power and recognizing that families could be sites of violence were integral to change.

Journalist Shepali Bhat reflected in an immersive thread on Twitter about the intergenerational trauma she faced as a young child, seeing her mother experience domestic violence, explaining why abused women can't ‘just leave':

A trauma therapist once told me our mind suppresses memory of a trauma, the body stores it. When something triggers that trauma, our body relives its horror. Reading this triggered the childhood trauma of witnessing my mother go through domestic violence. I'll talk about it today https://t.co/GsqtOAHGEe

I might sound insensitive, but the girl's parents deserve blame as well. In spite of a history of abuse (one occasion even in front of the father) they did not take any steps to keep her away from the environment. It's sad that in our country “log kya kahenge”  [what will people tell] and oh God, my daughter might end up a divorcee who overcomes the need to protect the physical and mental well being of their child.”

As a society, we need to reform the prevailing marriage system. Marriage must not be a pompous show of the family's social status and wealth. Parents have to realise that the barbaric dowry system degrades our daughters as commodities. We must treat them better, as human beings.

However past records prove that local departments and governments have been largely unsuccessful. Access to medical and mental health support remains elusive for many. Pop-culture and regional films repeatedly glorify intimate partner violence as a side effect of love and centre tropes such as family honour, stalking, marital rape, control and domestic abuse. Most importantly, entire generations of young men continue to unabashedly demand dowries despite professing modern values. Only a grassroots level advocacy movement has the potential to completely overhaul the system and restore justice.