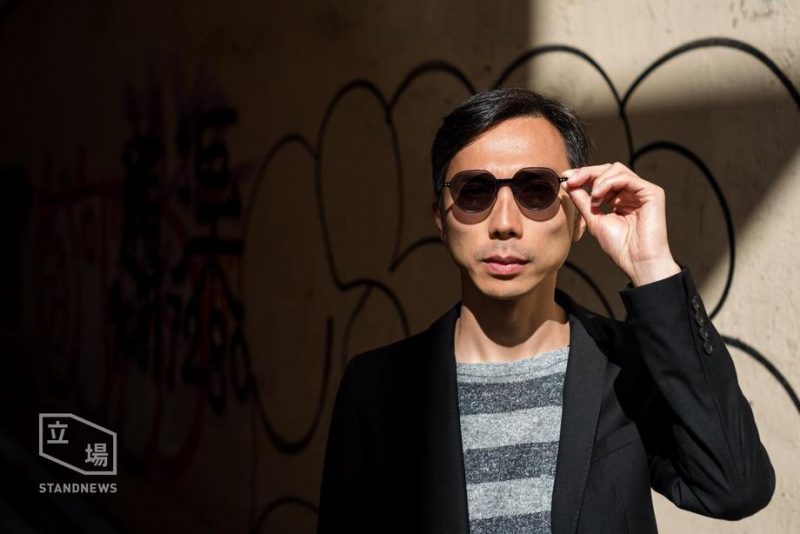 The following post is the English version of a series of Chinese reports and interviews published on the Stand News between July 9–16, 2021. It is published on Global Voices under a content partnership agreement.

The special screening arrangement of the Hong Kong protest documentary ‘Revolution of Our Times’ at the 2021 Cannes Film Festival on July 16 caught the world by surprise. In Hong Kong, more were startled that director Kiwi Chow Kwun-wai kept his name attached to the film, a gesture which many lauded as a courageous decision in light of the escalating political risk under the newly enacted National Security Law (NSL).

The first person charged under the NSL was accused of inciting secession and is still facing trial for displaying the protest slogan ‘Liberate Hong Kong, Revolution of Our Times’.

Kiwi Chow's documentary presents a chronology and overview of the 2019 anti-China extradition protests and a close-up look into seven groups of protesters including frontline protesters, elders, first-aid responders, journalists, parents and more.

In his interview with the Wall Street Journal on June 30, Kiwi Chow revealed that he had spent two years producing the film in secret. All members of the production team had either left the crew or kept their identity anonymous. His friends had urged him to either leave Hong Kong, or use an anonymous identity and change the title of the film, but he refused to do so.

‘I don’t want to speculate where the red line is. Only then can I be free’, he said.

Though he has taken some risk control measures. All the raw footage and materials of the film were destroyed in order to protect the other members of his production crew and interviewees. Chow also transferred the copyright of ‘Revolution of Our Times’ to a friend who is based in the U.K. to protect himself from potential legal repercussions.

Chow told the Stand News that he was approached by an investor to produce a documentary on the 2019 anti-China extradition protests two years ago. He accepted the offer right away as he wanted to contribute to the movement.

At first, there were many experienced documentary filmmakers at the protest sites and he didn’t anticipate his work would make an impact. Yet, as the protests continued and more street confrontation took place, many filmmakers gave up their work and Chow felt that he had a duty to finish the documentary. After the enactment of the NSL last year, even more gave up due to the security risks, and one filmmaker even handed over all his raw footage to Chow.

The footage used in the 152-minute film came from a variety of sources including independent journalists and online media outlets, in addition to those taken by Chow's production team. Some gave their footage to him for free. That’s why he added the tagline “A film by Hongkongers” to the documentary's title. He said:

Many individuals and cameramen took part in recording the protests, I put them together in the final cut. I am the gatekeeper so to speak…

Chow handed over the final edition of ‘Revolution of Our Times’ to the organizer of the 2021 Cannes Festival on June 29, one week after the pro-democracy Apple Daily News was forced to shut down.

Between June 13–28, 2021 the Hong Kong police suspended Apple Daily’s assets and arrested 5 of its senior staff members and 2 editorial writers for conspiring to collude with foreign forces under the NSL, shaking Hong Kong society.

Kiwi Chow said he has psychologically prepared to face the consequences of releasing the film. But he stressed:

I don’t want to fathom the depth of my risk. I am just a documentary director, there hasn’t been any [arrest] case that involves [documentary filmmaker]. I don’t need to and I don’t want to be determined by something that has not happened or the fear that generates from my imagination.

Chow explained that his family have no plan to migrate out of Hong Kong because he doesn’t want to be overwhelmed by fear:

If I left Hong Kong, I believe I would live in pain and in fear. I don’t want to be overwhelmed by fear and that’s why I don’t want to leave Hong Kong at this stage. This is a paradox, only if I stay in Hong Kong I can enjoy freedom, a freedom to overcome fear. … Freedom and justice is my belief and career. I want to be someone who sticks to his or her belief. I consider heaven has given me an opportunity to live out my belief and hence I have to be resolute.

His family has not given up hope of making Hong Kong a better place, Chow recounted a conversation with his son in another interview with the SCMP:

Director Kiwi Chow asked his 6yo son: what if daddy faces arrest because of the docu?
??: HK gov will become a good gov again after seeing papa’s film.
Chow: should we leave HK tgt?
??: Dont leave HK. We stay in HK tgt to make HK beautiful again.
?#NSL https://t.co/DU07p2MHth

In a recent radio interview, he explained that his courage originates from his Christian faith and was strengthened through his involvement in the controversial dystopian fictional film ‘Ten Years‘ (2015).

The award-winning movie is composed of 6 short stories envisioning Hong Kong in 2025 under the shadow of China’s political encroachment.  Chow directed the episode ‘Self-immolator’ which depicts an act of ‘self-immolation’ committed by an unknown individual amidst a crackdown on pro-Hong Kong independent protests. The dystopian film was banned in China soon after its release.

With the amendment of the Film Censorship Ordinance in June 2021, Hong Kong has banned the public screening of films that ‘endorse, support, promote, glorify or incite’ acts of subversion, secession, terrorism or collusion with foreign forces. Both ‘Ten Years’ and another documentary on the 2019 protests ‘Inside the Red Brick Wall‘, which was produced anonymously, were included on the ban list.

Chow described his involvement in the production of ‘Ten Years’ as a ‘courage-pass’. Frontline protesters had trust in him and in return, he took up the duty to record what he had witnessed. He believes that courage is accumulative and can inspire others.

Once you have gone through a certain experience, you will accumulate more courage. Step by step, you move forward. It is a learning process, the precondition is that you need to move on and keep learning.

Chow was glad that many netizens have overcome their fear and shared the news, posters and trailer of the film.

But the price of Chow’s courage and conviction is not small. His career as a commercial film director had started to take off after his director romantic movie ‘Beyond the Dream’ hit the box office in July 2020. However, due to the release of ‘Revolution of Our Times’, commercial investors have withdrawn their support for new productions.

In face of surging political risk, Chow threw the question back to the government:

[The government] has to reflect why people are so overwhelmed by fear. … I just produced a documentary, I don’t think my life is in danger and I don’t have to step back so soon.