Twitter bans appear to be politically motivated, or inconsistent 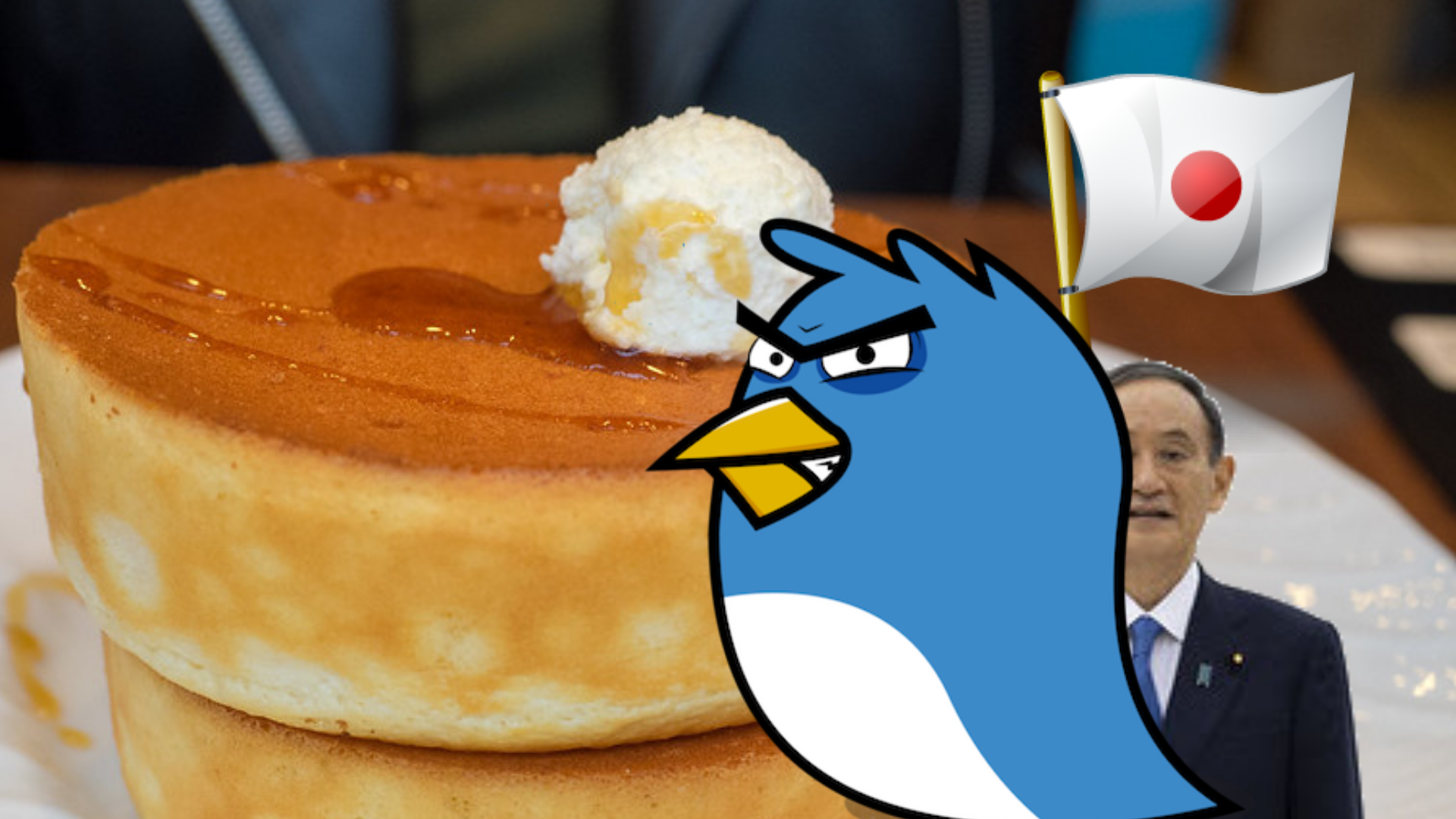 As the Japanese government faces criticism for a rise in COVID-19 cases, uneven vaccination rollout, and perceived deference to the International Olympic Committee ahead of the summer Olympics, prominent commentators have claimed that Twitter Japan, Twitter's business unit in Japan, appears to be trying to protect Prime Minister Suga Yoshihide and the government of Japan. These  commentators have seen their accounts suspended and then reactivated after public outcry, with no reason provided by Twitter Japan. In each case, the user's Twitter account was frozen after criticizing the Japanese government.

One of the suspended accounts, “Checking the Prime Minister's Pancakes for Poison” (パンケーキを毒見する), promotes the upcoming theatrical release of an animated satire that relentlessly parodies Prime Minister Suga Yoshihide. The title of the Twitter account and the upcoming film it promotes is a reference to the Japanese prime minister's attempts to use a love of pancakes as a prop to cultivate his public image.

The “Checking the Prime Minister's Pancakes for Poison” account, now restored after public outcry, was suspended by Twitter Japan after tweeting about the upcoming film on June 24.

Meanwhile, Nomachi Mineko, a prominent illustrator and commentator and a vocal critic of the Japanese government, was suspended and then reinstated by Twitter Japan in late June after making a series of tweets using the hashtag “Cancel the Tokyo Olympics”  (#東京五輪の開催中止を求めます).

Tweeting a screenshot of Nomachi Mineko's July 8 column in weekly magazine Bunshun, Uchiyama Yuto, the director of “Checking the Prime Minister's Pancakes for Poison,” noted that both accounts were suspended by Twitter Japan at around the same time.

Uchiyama also noted that, in her column, Nomachi argues that Twitter Japan seems to automatically freeze accounts that are critical of the Japanese government.

And we both received exactly the same automated response from Twitter!

Nomachi's reasoning of her ban [that her account was automatically locked by Twitter because she was critical of the government] makes a lot of sense.

There are a lot of open questions about [Twitter's policy towards banning Japanese accounts].

Others have accused Twitter Japan of being unfair and opaque when it comes to suspending and restoring accounts.

In another example from earlier in 2021, Twitter Japan suspended an account that debunked misinformation about COVID-19, instead of banning the accounts actually spreading misinformation.

The Twitter user was banned after disputing claims from the Japanese Ministry of Health, Labour, and Welfare early on in the pandemic that PCR tests are not a reliable way to control the spread of COVID-19.

In other cases outside of the Olympics and the COVID-19 pandemic, Twitter Japan bans and suspensions appear to be politically motivated, unfair, or inconsistent.

In one example, Twitter Japan suspended an account for disclosing a secret file central to an ongoing and unresolved corruption scandal where a government bureaucrat committed suicide after being allegedly framed for falsifying documents. The suspended account belonged to the wife of the deceased politician, and the secret files helped exonerate him.

In another case, a Twitter account of a regional politician was suspended for three months, apparently for no reason. However, Twitter Japan immediately restored the account after its owner, Toyama Koichi, the head of the “Kyushu Fascist Party,” paid an unannounced visit to the social media platform's Tokyo headquarters.

There have long been complaints about content moderation on Twitter in Japan. While the Japanese central government enacted legislation in 2016 aimed at curbing hate speech online, enforcing these regulations is left up to municipal governments and the regional judicial system.

Japan's relatively strict libel and defamation laws are also sometimes used by courts to moderate online speech, typically in an effort to curb hate speech. Revisions to Japanese defamation laws, which are planned to come into effect in 2022, may make it easier as well for the government to silence critics.

While Japan's Constitution arguably protects individual liberties, including freedom of speech, the country is regularly criticized for subtle and not-so-subtle attempts by the government to muzzle the press.

The perception that Twitter Japan punishes progressive voices critical of the Japanese government is not new.

In a 2018 article, news site LITERA reported that, at the time, there was a widespread perception that Twitter Japan was targeting progressives on the platform who were critical of the Japanese government.

In the article, LITERA also reported that Twitter Japan tended at the time to suspend accounts that criticized racial discrimination on the social media platform, while ignoring entirely racist tweets.

The article noted close ties between Twitter Japan and the governing Liberal Democratic Party (LDP) of Japan. In 2017, LITERA reported, Twitter Japan managing director Yu Sasamoto was invited to speak to the LDP about how political parties could make use of the social media platform to help achieve their goals (Twitterの現在と政治での活用).

While it's unclear if Twitter Japan offered such guidance to opposition parties too, the LDP, which has governed Japan since 2012, had already begun monitoring and aggressively pursuing online critics as early as 2013. At the time, according to a 2013 Nikkei news story, the LDP launched an internal “truth team” (dubbed, in Japanese “T2″) to monitor social media and “respond to slander” (誹謗中傷への対応):

The team (consisted) of about 20 members of the LDP's Internet Media Bureau, as well as election staff and IT vendor staff. Two legal counsel also participated to discuss and decide whether to promptly take legal measures or request deletion if they discover slanderous writings. In addition to Facebook, Twitter, and blogs where candidates have accounts, general bulletin boards such as 2chan were analyzed and monitored.

While direct links between the Japanese government and Twitter Japan may be difficult to prove, the social media platforms perceived bias against government critics could be a result of a lack of Japanese-language capacity.

In a Japanese-language interview with Asahi Shimbun in February 2021, Mor Naaman, a researcher at Cornell Tech, says that Twitter tends to focus its moderation efforts on the English language. According to data collected and analyzed by Naaman's team, other languages on the Twitter platform, such as Japanese, enjoy fewer resources when it comes to moderation policies, resulting in what can be confusing treatment.

When it comes to preventing misinformation from spreading on its platform, Naaman says that Twitter seems to mainly ban English-speaking accounts (that spread misinformation), and doesn't seem to take much action on misinformation in other languages.

In Japan, an online petition that implores Twitter to stop suspending accounts that criticize the Japanese government has so far collected more than 36,000 signatures. The petition calls on Twitter Japan to instead focus on addressing hate speech on its platform, and to also conduct an audit of its moderation policies for Japanese-language accounts.

So far, Twitter Japan has not responded to the petition.