July arrests mark turn for the worse in Vietnam 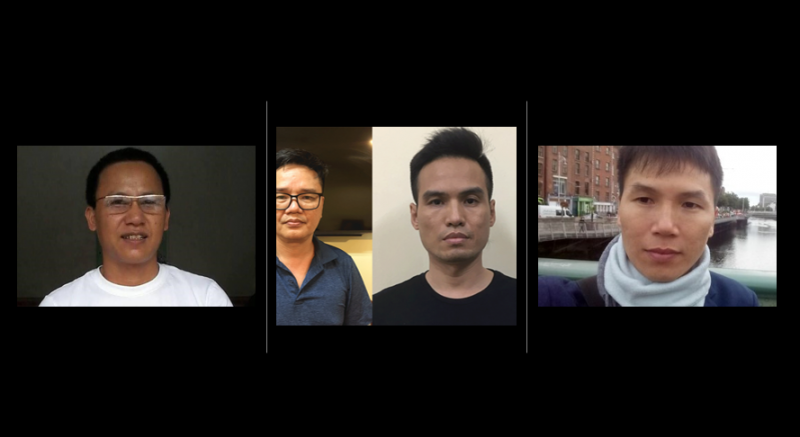 Last week, a spate of arrests occurred within days of each other, marking a sharp and sudden increase in the clampdown against political activists in Vietnam. The arrests come as the country struggles through the latest wave of record-breaking COVID-19 infections and deaths. While most of these arrests follow the typical pattern that we have often seen before, two of them are rather extraordinary. Here’s a quick rundown:

On June 30, the police announced the capture of blogger Le Van Dung, aka Le Dung Vova. Dung had been evading police for almost a month after they failed to arrest him at his Hanoi home in early June. The police said they were able to track down Dung Vova and apprehend him at the home of a friend of his in Ung Hoa County, Dung’s hometown. Authorities have begun the process of pre-trial detention for Dung, which means he will be held incommunicado and won’t have access to a lawyer for at least four months until the police finish their investigation.

Dung Vova is a well-known activist who has been reporting extensively on human rights and other societal issues in Vietnam for years. Like many other bloggers, Dung was charged with “anti-state propaganda” under Article 117 of the Criminal Code. If convicted, he could face a prison sentence of up to 20 years.

Also, on June 30, Quang Ngai provincial police announced that they had arrested three men whom they accused of “abusing social media in order to erode the state’s rights,” under Article 331 of the Criminal Code. The three men are Bach Van Hien, 34, Phung Thanh Tuyen, 38 and Le Trung Thu, 41. None of these men are well known to Vietnam human rights watchers. According to Quang Ngai authorities, the three used their Facebook accounts to create and share information that “gave a bad impression of the government and violated the interests of other organizations and individuals—including the court, the police, the military, Vietnam TV and the bureau of propaganda.” The men are said to have received prior warnings to cease and desist, but those warnings were ignored, leading to their arrest. They will be held incommunicado for two months during the initial investigation phase.

On July 6, activist Do Nam Trung was arrested in Hanoi while on his way to work. Soon after, he was transferred to his home province of Nam Dinh. Hanoi police took his keys and entered his house while his partner, Nguyen Thi Anh Tuyet, was at home. She later told RFA what took place:

This morning while still in bed I heard a dog barking. I went downstairs and saw about 20 men in my living room, some in uniforms some not. … They entered without knocking and proceeded to search all three floors of our house, even my child’s bedroom.

The men did not explain why Trung was arrested; they only told her that he was charged under Article 117.

At her request, they did show her a warrant for his arrest. Tuyet refused to sign any of the paperwork after they took away some items that belonged to Trung. She also said that two days earlier they’d noticed that Trung was being followed by security police outside their home.

But perhaps the most unusual and surprising arrests of all were of two relatively unknown individuals with hardly any history of pro-democracy activism. On July 2, the police arrested journalist Mai Phan Loi and lawyer Dang Dinh Bach and charged them with “tax evasion,” a typical method of political persecution for those for whom the government does not have a strong, clear case.

Loi, 50, is the founder and director of the non-profit Center for Media in Educating Community (MEC) in Hanoi. MEC has a communication channel called GTV which airs, among other things, several popular talk shows aimed at educating the community on various communication skills and techniques.

Loi was also editor-in-chief of Phap Luat, the most prominent state-run magazine focusing on the law. In 2016, he even got to meet former U.S. President Barack Obama in Hanoi. Shortly thereafter, however, his journalist credentials were revoked by the Ministry of Information and he had to resign from his position. The U.S. State Department’s Human Rights Report for that year alleged that Loi’s forced removal was in part a retaliation for his meeting with Obama.

Loi was temporarily detained on June 24 but was not officially arrested and charged until July 2. At the time of his arrest, he was an administrator of a Facebook page called POV of the Press and Citizens (Góc Nhìn Báo Chí – Công Dân), which has over 120,000 members.

The second person arrested on the same day as Loi was Dang Dinh Bach, director of the non-profit Law & Policy of Sustainable Development (LPSD). LPSD is a member of the Vietnam Environmental Network (VEN), Vietnam Sustainable Energy Alliance (VSEA), and the Vietnam Non-Communicable Diseases Prevention and Control Alliance (NCDs-VN).

Bach, 43, is known for his ability to mobilize young people to volunteer for charitable projects such as helping victims of storms and disasters, especially those impacted by global warming and environmental catastrophes. He has created many competitions and awards for innovation in the field of sustainable living which attracted the participation of many young Vietnamese. LPSD has also been a strong supporter of the government’s fight against the spread of COVID-19.

Both Loi and Bach are executive board members of VNGO-EVFTA Network, a group of seven community service organizations (CSOs) created last November to satisfy the civil society component of the EU-VN Free Trade Agreement (EVFTA) called Domestic Advisory Group (DAG). DAGs allow independent observers such as CSOs to monitor the implementation of the FTA, especially in areas such as workers’ rights, land rights and the environment.

While the EU DAG was established in December 2020, Vietnam has been dragging its feet and has yet to establish its DAG, effectively preventing civil societies from participating in the implementation of EVFTA. As a result, the EU DAG had to cancel a joint meeting in June with its non-existent Vietnamese counterpart. In a statement, the EU reiterated that “civil society engagement and scrutiny of EVFTA is not an optional element of the agreement, but should be ensured and applied as a matter of urgency,” and that “EVFTA stipulated that DAGs be composed of independent representative organizations.”

The problem with this clause is that in Vietnam there are no independent NGOs since they all must be associated with the party-controlled Fatherland Front and are not free to criticize the government. And while the charge of “tax evasion” is nothing new in the government’s playbook, as far as we can tell this was the first time it’s been used against non-profit organizations instead of individuals.

Both Loi and Bach have shown that not only are they qualified but they’re also trusted by the community. Not being the types of people who seek the limelight for themselves, both men have been very effective at recruiting major influencers in the academic and political world to support their causes. And even though their work is non-political in nature, it is surmised that their ability to attract a large following of young people could be viewed by the regime as a potential threat.

Are the arrests of these two men a sign of heightened paranoia, a subversion of the EVFTA, an attempt to distract people from the government’s failure to handle the pandemic, or just business as usual in the Socialist Republic of Vietnam? We’ll just have to wait and see.