He got his moniker from his roles in love stories. 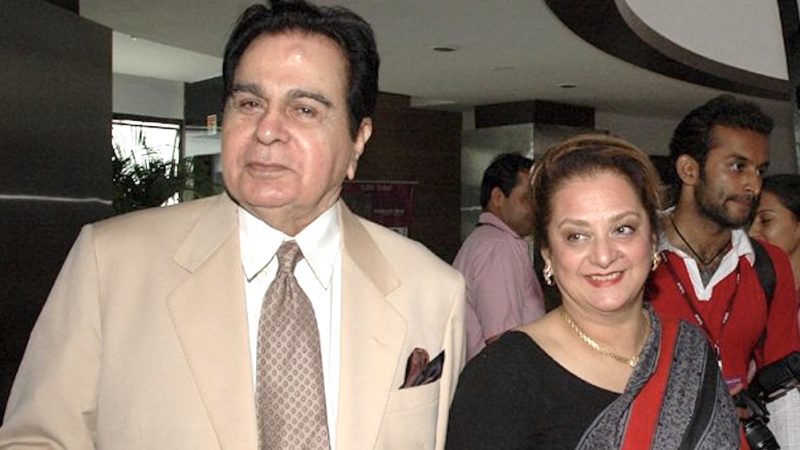 Actor Dilip Kumar with his wife actress Saira Banu in 2011. Image via Wikipedia by Bollywood Hungama. CC BY 3.0

Many in India are saddened by the death of one of Bollywood’s most popular actors — and former member of parliament — Dilip Kumar, who passed away on July 7 at the age of 98 due to health problems. He was among a cadre of legendary actors and producers of India's cinema industry, having worked on more than 60 films over the course of six decades, from 1944 to 1999. His extraordinary acting has left an everlasting impression on movie fans’ hearts.

An epic era has drawn curtains… Never to happen again..

Dilip Kumar, whose real name was Mohammed Yusuf Khan, was born in 1921 in Peshawar city, in present-day Pakistan. He and his family migrated to Mumbai, India in 1930. He made his cinema debut in 1944 in ‘Jwar Bhatta’ (‘High and Low Tides’), created by the famous Bombay Talkies production house. Its producer, Devika Rani, persuaded him to change his Muslim-sounding name to the one that made him famous, appealing to Bollywood's majority Hindu Indian audience.

In 1947, Kumar stepped into the limelight with the hit film ‘Jugnu‘ (‘Firefly’), which received favourable critical reviews. As its popularity grew, so did Kumar's reputation. He never looked back, becoming one of India's top-paid actors during the 1950s. By the time he appeared in the 1960 epic historical film ‘Mughal-E-Azam‘ (‘The Great Mughal’), Kumar was a full-fledged star, and the film went on to become one of the highest-grossing in the Indian movie industry.

Even as a little girl the ardent movie lovers in my family would show me Aan, Jugnu, Mughal-E-Azam, Andaz, Devdas & many more. To us, this was cinema at its greatest & he was sheer brilliance on screen. There will never be another??? #DilipKumar #kingofcinema #legend #endofanera pic.twitter.com/nkGSR3wFiJ

Kumar's impeccable acting has been widely acknowledged. In 1954, he won Filmfare magazine’s Best Actor award for the movie ‘Daag‘ (‘The Stain’). He would go on to claim this award seven more times over the course of his career.

Filmfare remembered him by posting a collage of his popular on-screen pairings:

Along with his craft and good looks, #DilipKumar’s on-screen pairings also became memorable. We profile him and some of his best leading ladies. pic.twitter.com/KFBoHgmdpV

Kumar earned his nickname because of his performance in several heart-wrenching love stories during the 1940s and 1950s, in which his character ended up either tragically losing his love interests or dead.

A politician from the Bharatiya Janata Party, Amitava Chakravorty, tweeted:

Only actor with max number of films with tragedy ending which became huge Blockbuster….He was called as Tragedy King

Kumar's popularity, however, was by no means limited to his on-screen work; he also played a pivotal role in matters of civic duty. In the 1950s, for example, when India was experiencing major upheaval, including tense Hindu-Muslim relations, Kumar inspired a sense of togetherness in post-independent India, helping citizens to see past barriers of religious identity.

He was also at the helm of many social and welfare initiatives, advocated for national integrity and spearheaded fundraising initiatives for the Indian Armed forces. Perhaps most famously, prior to India's independence in 1947, the acting legend — a staunch supporter of India’s freedom struggle — spent a night in jail for speaking out against the British authorities for misusing their power.

It was no surprise, then, that Kumar eventually ventured into politics. In 2000, he was nominated to the Rajya Sabha (The Council of States) as a member of parliament by the Indian National Congress. During his six-year tenure, he spent a lot of his time on the construction and improvement of the Bandstand Promenade in Mumbai's Bandra area.

Acting is not like a horse race where the one who runs the fastest is considered the best.A most definitive Othello can be a disastrous Hamlet so how do you judge a good actor?By her /his versatility and there can never be another #DilipKumar. Tragedy or comedy he was supreme

The former prime minister of Nepal, Baburam Bhattarai, remembered how much Kumar's movies were a part of his youth:

I pay my sincere homage to the legendary actor Dilip Kumar(Yusuf Khan)on his sad demise.I can never forget the romantic days in the 1970s in Chandigarh College of Architecture when we used to throng cinema halls &open air theaters to rejoice his films like Mughal-E-Azam &others. pic.twitter.com/wvxPjSQa51

Given where he was born, Kumar was — quite fittingly — also popular in Pakistan, where movie fans mourned his death. In 1998, Dilip Kumar became the first and only Indian to receive Nishan-e-Imtiaz, Pakistan's highest civilian award.