Sandu's party vows to build closer ties with the EU 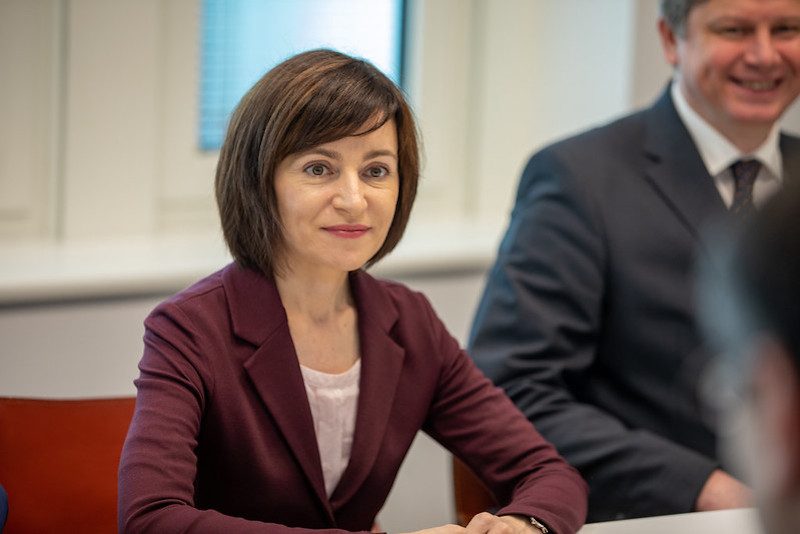 Moldovan President Maia Sandu at a meeting in the European Parliament in Brussels, Belgium, 2019. Image from Renew Europe 2019 on Flickr, CC BY-NC-ND 2.0.

The Action and Solidarity Party (PAS) headed by current President Maia Sandu is poised for a decisive victory in this Sunday's snap parliamentary elections in Moldova.

All the ballots have now been counted since the July 11 vote, which garnered just shy of 53 percent of votes for Sandu's pro-European party, resulting in 63 out of 101 seats in the Moldovan Parliament—a clear majority. The largest opposition bloc, Socialists and Communists (BECS), led by former President Igor Dodon and former President Vladimir Voronin has received slightly over 27 percent of the vote. The official results are expected to be announced shortly.

After two failed attempts to form a new government, Sandu called the snap elections back in April 2021. Speaking after the vote, she said her center-right PAS party would seek to build closer ties with the European Union and to fight corruption in the former Soviet country.

Sandu herself, who became President in November 2020 after defeating the pro-Russian Dodon, said in a Facebook statement that Sunday's elections were “a chance to get rid of thieves and choose a holistic and good government.”

Data provided by Moldova's election commission show that over 48 percent of eligible voters cast their ballots, including over 200,000 diaspora members living abroad. Some 3.2 million citizens were eligible to vote.

In an opinion and analysis piece for IPN, an independent Moldovan press agency, political analyst Dionis Cenusa said the success of PAS was “largely based on the image of President Maia Sandu, who promoted participation in the vote” amid fears of a low turnout.

25) It’s an important element. About an hour before the end of the vote, President Sandu used her Facebook platform (268k followers), asking people to convince their friends and relatives to go vote. This happened while many wondered about the slowdown in participation.

Cenusa also noted that Sandu's party is “the first pro-EU party in the country's electoral history to gain a majority in the legislature.”

Moldova is entering a new political cycle, with an emphasis on structural reforms and the fight against large-scale corruption, which will attract assistance and investment from the West. It is certain that the European agenda will become stronger than ever in the past.

Though PAS’ parliamentary majority gives the party access to multiple levers of state power, it simultaneously makes them a potential object of scrutiny by Moldovan civil society and independent journalists, who have previously kept close watch over the corrupt practices of state officials.

The pro-EU orientation of the new ruling bloc is also bound to complicate Sandu's relations with Russia, which remains actively involved in Moldova's breakaway Transnistria region and will likely continue to support the pro-Russian opposition in the country.