Africans currently account for 0.01 percent of the total Japanese population 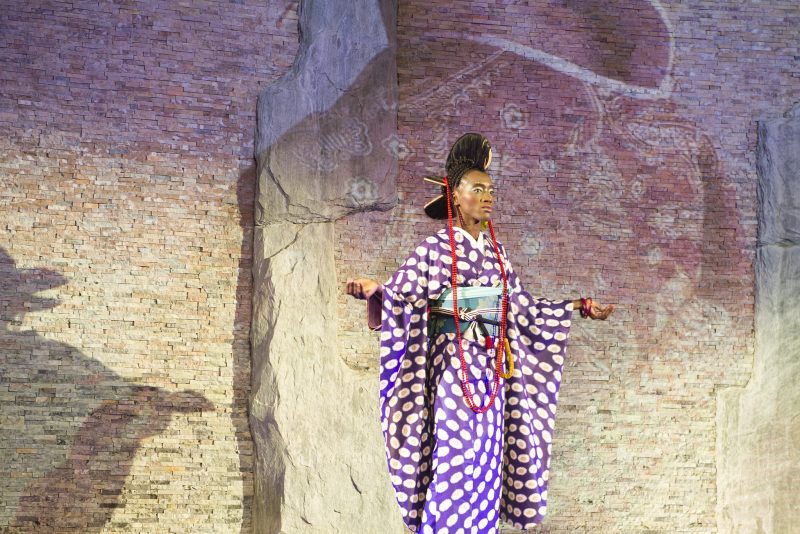 Netflix's new series, “Yasuke,” has brought the history of the African samurai — and that of Africans in Japan in general — to public attention.

The real-life Yasuke was an African who arrived in Japan in the 16th century, as a bodyguard to a Jesuit emissary. In 1579, after impressing Oda Nobunaga, the de facto ruler of Japan, Yasuke was invited to serve the warlord as a military retainer, or samurai. During the three years he was at Nobunaga's side, until the leader's sudden defeat in 1582, Yasuke experienced firsthand the conflict and violence of Japan's “warring states” period. After Nobunaga's death, Yasuke found himself on the losing side of the ongoing struggle for control of the country and essentially disappeared from history.

Both the series and two upcoming Hollywood films — “Yasuke” (announced by Lionsgate in 2017) and a live-action film of the same name (announced by MGM in 2019) — have elicited interest in the warrior's history and with it, the often-overlooked 500-year history of Africans in Japan. Such insight into the first African samurai has triggered important conversations about his origins and the experience of the African diaspora in Japan today.

Yasuke’s origins and the history of Africans in Japan

The story of Yasuke highlights the experience of Africans living in Japan, both during the 16th century and beyond. Yasuke's life in the post-Nobunaga era has remained shrouded in mystery. Until recently, thanks to sparse and conflicting accounts from historians, many believed the story was simply folklore.

This all changed with the 2019 publication of Thomas Lockley and Geoffrey Girard's book “Yasuke: An African Warrior in Japan,” which details Yasuke’s background, his meeting with the feudal warlord Nobunaga, investiture as a samurai, final battle, and long-lasting impact on modern society. The duo spent nine years researching and writing the book.

By piecing together historical evidence, the authors were able to determine that Yasuke arrived in Nagasaki from Macao, India, on May 21, 1579, as the bodyguard to Italian Jesuit missionary Alessandro Valignano. Valignano was the chief Jesuit emissary sent to Asia by the Roman Catholic Church to inspect all missions between Mozambique and Japan. At the time of their arrival, Japan had been at war for about a hundred years.

Recent scholarly evidence by Lockley, Kintaro, and History Extra suggests that he most likely came from the Dinka people, born near the Nile in South Sudan.

It is unclear whether he was enslaved as a child, but according to Lockley, by the 20th century, 11 million Africans had been sold in the areas closest to the Indian Ocean. Historical texts on the slave trade indicate, however, that there were hundreds of thousands of non-enslaved and non-trafficked Africans who made the same journey on their own ships, engaging in trade or diplomacy for African rulers, though others were mercenaries making a living through piracy.

Living as an African in Japan

During a virtual lecture on his book, hosted by the Aga Khan Museum in February, Lockley noted that Yasuke’s story is part of the fabric of Japanese history, and of all Africans in Japan. After its defeat in World War II, Japan transformed itself economically. In some ways, he says, this has contributed to the creation of a more diverse society:

The last 20 years have seen a rapidly more diverse society due to an increase in foreign residents (immigrants),  as well as a massive increase in a visibly foreign workforce.

Despite this, Africans currently account for just about 0.01 percent of Japan's total population. While the number of non-Japanese residents and workers in the country surpassed the one million mark for the first time in 2016, the number of Africans remains low.

Thanks to programs like the African Business Education Initiative for Youth (ABE Initiative) and the Japan Africa Dream Scholarship (JADS), many African immigrants are in the country as scholarship recipients, part of a strategy to invite 3,000 African students to study in Japanese universities and undertake internships in Japanese companies by 2026.

Dr. Harriet Ocharo, who was born in Kenya, now works in Japan as a research scientist at Hitachi Central Research Laboratory in Tokyo. In 2014, Ocharo became a recipient of one such scholarship, allowing her to obtain her doctorate in computer science in Japan. She has been living in Japan ever since, both as a student and as a single working mother.

Well known online as Savvy Kenya, Ocharo is a prolific blogger and one of Kenya’s leading pioneers.

She says that as an African living in Japan, she experienced culture shock when she first emigrated:

I had never been out of Africa. Going to Japan, I was so shocked at how different everything was. I, however, went there with a very open mind.

Still, one of her biggest challenges upon moving to Japan was learning and adjusting to the culture — including the written and unwritten rules of how people relate to one another. As she explained to Global Voices, “In Japan, there are rules that govern every aspect of life, including how to talk with other people.” As far as Yasuke goes, Ocharo felt it was important to see representations of the African diaspora in Japan:

I knew of Yasuke, the African samurai, before the Netflix series. I stumbled upon him on Twitter through the people I follow. Online and offline communities of Africans in Japan already knew about him, as he has made some appearances in the media and in some comic books.

She hopes that the show will have an impact on how Africans are perceived and represented in Japan, breaking away from the stereotype of all Black people being African-American, and is looking forward to watching the Yasuke series:

With anime, [there are] few Black characters. It [feels] good to have some form of representation. Now, with the Netflix series out, when I meet people and mention Yasuke, they will get the reference. It’s a good thing for us as Africans so that we are not just reduced to stereotypical roles.