Nizar Banat: the voice of truth assassinated by the Palestinian Authority

Demonstrations erupted across Palestine denouncing an authority accused of complicity 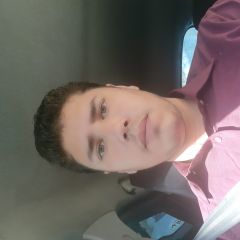 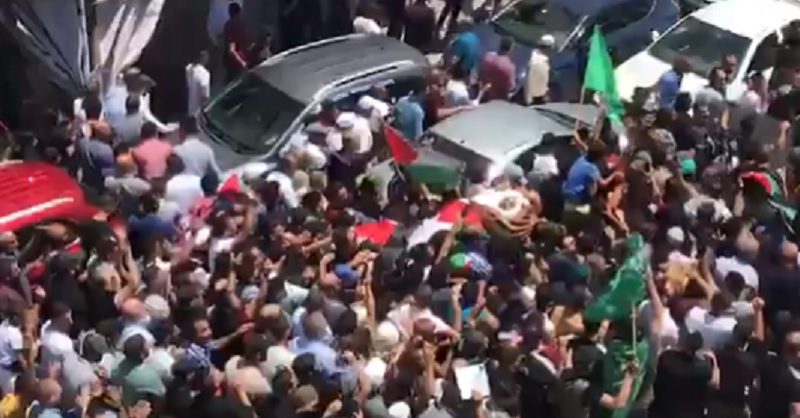 Screenshot from video shared on Twitter showing thousands march in Nizar's funeral demanding the “Downfall of the regime”.

At dawn on Thursday, June 24, 25 members of the Palestinian Authority Preventive Security stormed the home of Nizar Banat in the city of Hebron. They blew up the door of his house, attacked him while he was asleep, beat him, sprayed him with pepper spray, and dragged him naked to their offices. A few hours later, they announced his death.

Palestinians, who are still resisting displacement and ethnic cleansing in Sheikh Jarrah, Silwan and Beita, woke up to the tragedy of losing one of the voices most critical of the Palestinian Authority's policies, this time at the hands of Palestinian security.

Nizar, 43, became famous for his Facebook videos criticizing the corruption of the Palestinian Authority (PA). He planned to run for the legislative elections that were canceled earlier this year. He was known for his stinging statements against officials of the Fatah movement and the PA, the latter for its handling of COVID-19 and its position on the events of Sheikh Jarrah and Silwan neighborhood and the aggression against Gaza.

Days before his murder, Nizar posted a video criticizing the nearly finalized deal for expired vaccines between the PA and Israel. The deal was canceled after word spread, drawing widespread criticism locally and internationally.

After the security forces’ assault on him, Nizar — as if sensing his imminent death — published what seemed like a farewell note on his Facebook page:

So this is the end! The end of a word, and an alleged freedom. I leave you as I lie on the ground, covered by the sky, asleep, fleeing in search of a home for my word and my freedom, for a foothold to establish the freedom of the sacred Palestinian opinion.
I don't know what caused their hatred. They attacked and beat me before I could count them. With an iron crowbar, three cans of pepper spray, hundreds of hits with batons and (Palestinian) rifle butts.
I leave you, satisfied with myself.
I leave you and I haven't stolen a penny.
I leave you and I have not sold a meter to the Jews.
I leave you and my freedom with me is complete, and undiminished.
In the end, I do not know who made the decision to kill me, but I am heading to the judge of earth and heaven. I don't know for which file was I killed. The vaccine file, or the file of the assassination of activists who preceded me, or your rampant corruption… and your issue are many..
I leave you and in your hands are all the reasons for my murder, murdering my voice, my ambition, and my opinion. If my body leaves you, do not let my voice die.
Let today be the beginning of Nizar Banat, not the end.
And may God bear witness that each word I uttered was for my children to live with dignity. »

Once word of his assassination spread, social media was flooded with people denouncing the incident, and calls for demonstrations circulated in various Palestinian cities.

Nizar's name  echoed through Palestine. South of Nablus, in the village of Beita, people chanted “Nizar” while resisting displacement and eviction.

The people of Umm al-Fahm organized a prayer for Nizar's soul, stressing the unity of Palestinian blood, and accusing the PA of clientism and being another face of the occupation.

Journalist Ali Obeidat asked a question on Facebook about the of impact this crime — in which a Palestinian was killed by another Palestinian — on the global solidarity that the Palestinian cause has gained over the past months.

How will you convince tens of thousands of supporters of the Palestinian cause, who rallied and stood at the forefront of defending our cause in Jerusalem, Beita and Beit Dajan, that the gas stinging the eyes of people in Ramallah was fired by a Palestinian, that the batons striking people's heads and backs are Palestinian, and that the blood spilled is that of a Palestinian by a Palestinian?
And before all that, how will they understand that the free voice of Nizar Banat was forever silenced by Palestinian hands?
The authority insists on destroying everything that is built popularly!!

Within hours of the incident, the Palestinian prime minister ordered the formation of an investigation committee to look into Nizar's killing, which drew widespread condemnation among Palestinian activists, who dismissed it as another “killing tool.”

The “investigation committee” is another killing tool, just like the batons, gun butts and silencers. Don’t talk about an investigation committee. Grab a baton instead and strike the head of the Authority's opposer. Smash his head and kill him. You can exchange the role with anyone else in the system. He smashes the head, you investigate or vice versa

Journalist Majdoleen Hassouna, a friend of Nizar Banat's, was at the forefront of the Ramallah demonstration. In a tweet, Majduline said her “nerves gave in” and she screamed at the Palestinian security men that the man killed was a brother to them and not one of their enemies. “One of them insulted me, while the other lowered his gaze in shame,” she tweeted.

The late cartoonist Naji Al-Ali‘s work was heavily recalled on social media, the most prominent of which was the one depicting a Palestinian citizen writing his will after publishing an article on democracy:

Basil al-Araj, who earned the nickname “The Clashing Intellectual” for the way the Israeli forces chased and killed him in 2017, was also present in posts about Nizar’s murder. They are both seen as victims of the PA's oppression, for speaking out against corruption and the hurdles it allegedly places in front of the people in their quest to get rid of the Israeli occupation.

Naji Al-Ali, Basil Al-Araj, Ahmed Jarrar, Abu Al-Ezz Halawa, Fares Halawa, Al-Zabour, Nizar Banat. Remember the names of the martyrs of our country, against whom “the sole and legitimate representative of the Palestinian people” conspired. Remember them well, and hold grudges, for this is the least we can do.

The anger initially targeting Israel was bifurcated after Nizar's murder at what many Palestinians believe are two occupations. Israel steals their land and displaces their people, and the PA closely collaborates with Israelis on security issues, handing over people, and abandoning the areas Israeli forces storm, as in the case of Jenin, two weeks ago.

The protests in West Bank against the Authority are protests against occupation. Its a mere floor of the same building. Denying that only enforces it. The occupation created the authority to get rid of the question of refugees’ right of return, and its survival means the perpetuation of apartheid, resulting in poverty, deprivation and destruction.

The demonstrations persisted for days, and despite mounting criticism and calls for the PA and Fatah movement to stop sending their so-called “mercenaries” to suppress demonstrators, they continued, resulting in clashes in several areas of the West Bank, which is under the PA's control.

The murder also sparked a conversation about concepts of resistance and patriotism.

There's a “patriotism” which considers anyone born Palestinian a partner in struggle, which is why those [who hold this concept of patriotism] are shocked by events like today. On the other hand, there's a “patriotism” that considers partnership in struggle to be determined by attitude towards injustice, oppression, embezzlement and authoritarianism. Therefore, my relationship with the other is determined by his moral stance towards injustice and not according to his pre-existing characteristics.

Nizar's murder unified the Palestinian people in the face of injustice and tyranny, whether in the form of occupation, or a complicit government.

They'd come together, claiming it was theirs and that they were its masters.

As for her, she curses them with every atom of dust and with every pulse that flows in its air.