Akpinar wants to be the voice of girls across Turkey 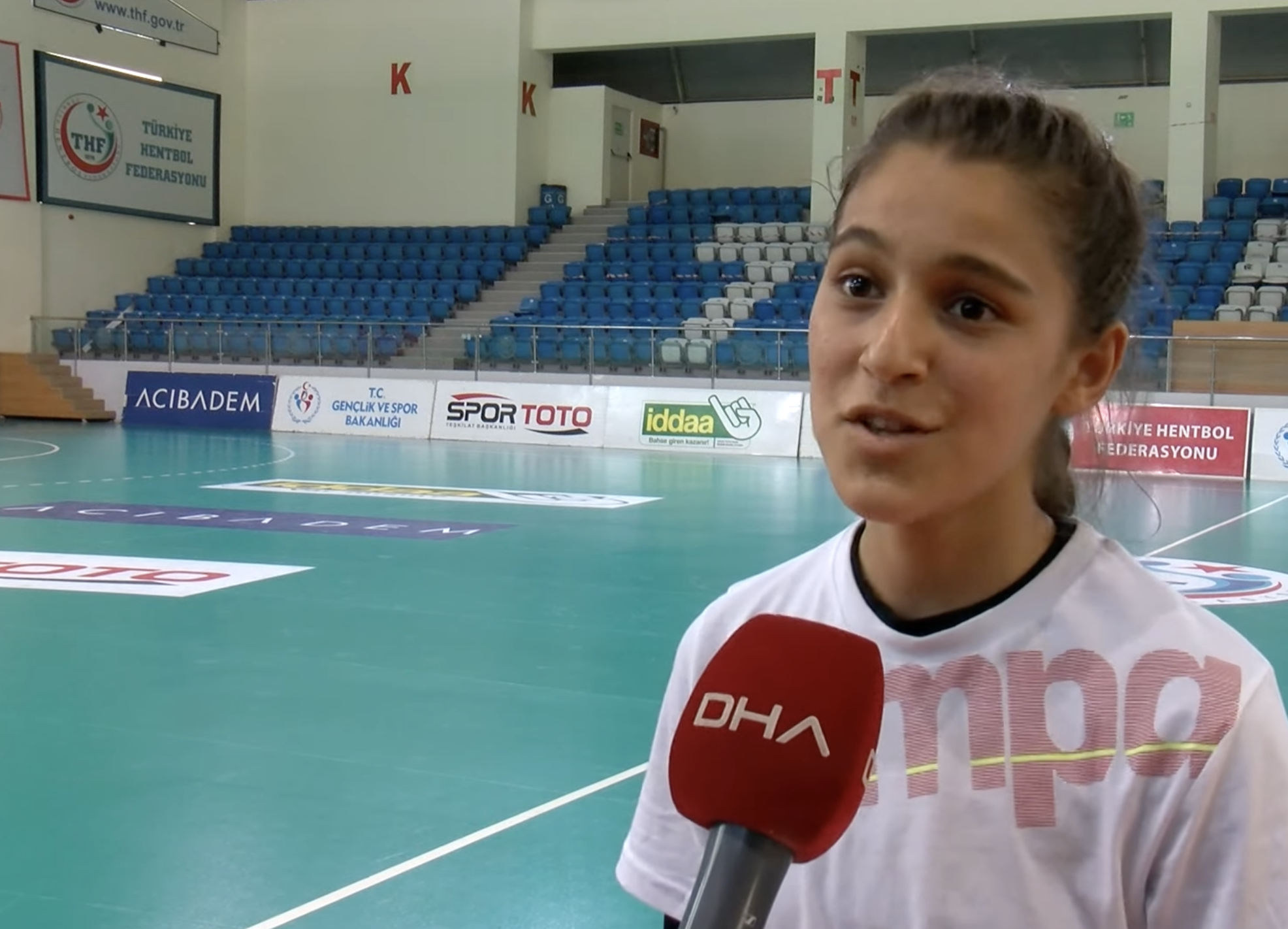 A screenshot from a  YouTube video of Merve Akpinar's interview in Ankara.

A handball player from Turkey's southeastern province, Şanlıurfa, is breaking stereotypes while galvanizing support for girls’ participation in sports both in her village and around the country. In an interview with a local news agency in Turkey's capital Ankara, Merve Akpinar, 13, said, “They cast me out when I first started, telling me I couldn't wear shorts or play with boys because I was a girl. But then I asked, why can't I play like everyone else. So I made a promise to myself that I would change the fate of girls in my village.” Her interview went viral with prominent individuals and sports clubs alike supporting her plea on social media.

The teen told interviewers that she first discovered handball in fifth grade. Despite facing intense social pressure for deviating from what is deemed appropriate for girls, she did not give up on her aspiration to join the team and play. Akpinar's story is particularly important in a country where women's struggle for equality is an ongoing debate. The lack of equality also extends to sports. One recent study concludes that “sexual harassment, wage inequality, funding limitations, media misrepresentation, and family influence” are among key obstacles hindering female participation in Turkish sports.

Akpinar, who is one of seven children, has been playing on a handball team since 6th grade. She said in an interview with Demiroren News Agency, that she was speaking on behalf of many other girls across Turkey. “I am not just Merve. I am the voice of Fatma, who collects cotton in Çukurova. I am the voice of Şemsi from Harran. I am the hope of young girls. I want to be the voice of all girls in Turkey. I believe I can change the minds [sic]. Many have succeeded at this path. God willing, I will be successful too. I never imagined that what I will say in that interview will attract so much attention. If girls want, they could be more successful than boys.”

Among her fans were writer and novelist Elif Şafak and numerous Turkish football clubs who voiced their support online:

13-year-old girl in Turkey explaining in tears how she has been belittled & discriminated against for being a girl & how she is determined to change this gross inequality. Huge, heartfelt respect for her talent, courage, determination. Brava #merveakpınar pic.twitter.com/zDhKkhQF6x

You are the hope of all young girls in Turkey. We stand with you and all the girls you inspire

You've been a hope to all young girls with your courage and ambition. We stand with you

Galatasaray football club joined the messages of solidarity and support. “You have reminded us once again that the magical side of life is hope. You have encouraged young girls Merve. The courage, determination, strength and belief of you and all other girls, make sports more beautiful,” tweeted the club.

Inspired by Akpinar's determination, the mayor of Ankara, Mansur Yavaş, announced via Twitter that he will help set up the Şanlıurfa Children of the Sun Youth and Sports Club for kids of all genders:

Inspired by Merve's determination and success, we are preparing to set up Şanlıurfa Children of the Sun Youth and Sports Club, a sibling club to our EGO Sports Club. We believe that Merve Akpınar's strength and belief will be a voice for all women and hope for their path.

Dilek Kaya İmamoğlu, the wife of Istanbul's Mayor, praised Akpinar, tweeting, “Despite being told she cannot wear shorts, she cannot play, and she cannot do it, Merve who is chasing her dreams has a message for us: ‘I will change the faith of all the girls in my village.’ Dear girls, I am sure you will inspire hundreds, thousands of girls. It is great to have you.”

The 9th grader's current wish is that the school will get a new handball hall where she can practice together with her team. Speaking to Demiroren News Agency (DNA), Akpinar's parents, Ali and Emine Akpinar, said they have always supported their daughter in her athletic endeavors. In an interview with the DNA news agency, Akpinar's father said his daughter's interview would change the fate of all young girls. “Everyone should support their daughters and give them an education. I am a farmer. I have never watched a game of handball. I learned it from my daughter Merve that you play this sport with hands. Everyone should trust their daughters. Why can't girls play ball just as boys do.”