Controversy over an explosion in the Caspian sea

The blast took place about 10 kilometers from Umid gas field. 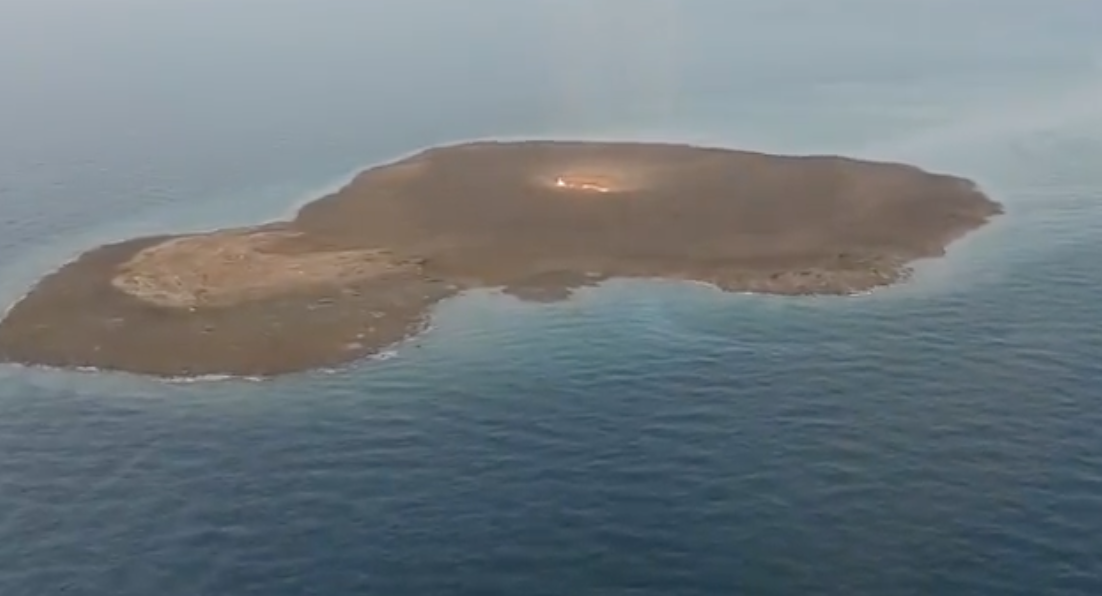 A screenshot from a video shared by the Ministry of Emergency Situation https://youtu.be/UyztaBIJM6c

A July 4 explosion in the Caspian Sea where Azerbaijan has its offshore oil and gas fields caught international attention. While officials from the State Oil Company (SOCAR) claim the blast was caused by an underwater mud volcano, the cause is still being debated and investigated. No casualties were reported.

The mud volcanoes are common in Azerbaijan. According to The Guardian newspaper, “Scientists are uncertain as to what causes mud volcanoes to ignite, but the most likely theory is that the boulders and rocks propelled upwards during an explosion can knock against each other, causing a spark that lights gasses.”

Mark Tingay, a mud volcano expert and adjunct associate professor at Australia’s University of Adelaide said, “mud volcanoes, such as the ones in Azerbaijan, can also be plumbed into active hydrocarbon systems. And so they can erupt oil and natural gas, as well as mud.”

So, first, Azerbaijan is the home of mud volcanoes, and has hundreds of them.

My Google Earth mud volcano map of Azerbaijan gives you and idea of just how ludicrously many mud volcanoes there are both onshore and offshore. pic.twitter.com/m5m3yAPWSV

Not everyone agrees with the cause of the explosion. According to Mirvari Gahramanli, the head of Azerbaijan's Oil Workers’ Rights Protection Committee, the explosion took place at an old exploration site near Umid [Hope] gas field and was caused as a result of poor patchwork when sealing off the exploration site. SOCAR denied these claims. The company spokesperson Ibrahim Ahmadov said the blast took place about 10 kilometers from the Umid gas field.

Not to be outdone by the Gulf of Mexico, there was a massive explosion in the Caspian Sea pic.twitter.com/JgxMkAmzUW

Azerbaijan's offshore fields are the country's main source of gas output, which it then exports to Europe. BP, which operates the country's largest oil and natural gas projects, told Bloomberg reporters its operations are continuing as normal.