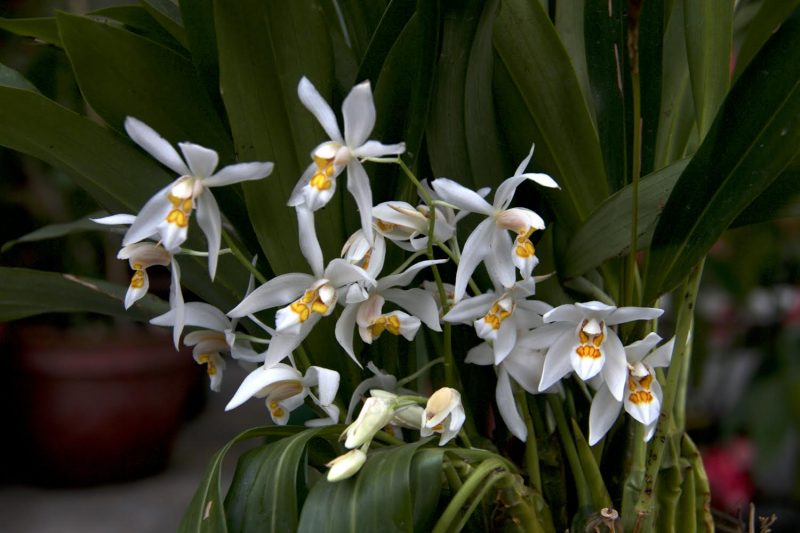 Orchids are one of the most sought after flowers in the world. Photo by Mamta B Khatri (The Green Owl). Used with permission.

Known for their beauty, curative powers and food value, orchids are likely the most traded flowers in the world — both legally and illegally. Collectors knowingly or unknowingly, pressure locals to plunder these magnificent flowers from the wild for their use as ornamental flowers, medicine or food. This makes the second-most-populous flower, with more than 29,000 recorded species worldwide, vulnerable and sometimes pushes them to extinction. Conservationists suggest that raising the profile of the legal orchid trade as an important conservation issue may prevent the extinction of some orchids.

Nepal boasts of 507 recorded varieties of orchids and the Government of Nepal has placed all wild orchids under Appendix I and II of the Convention of International Trade of Endangered Species (CITES) — a multilateral treaty to protect endangered plants and animals. However, each year local traders unsustainably collect tonnes of orchids from the wild and export them to international markets, raising concerns for their conservation.

Every year 10,000 tonnes of medicinal plants are shipped to 50 different countries from Nepal. This includes 24 species of orchids along with 12 Dendrobium varieties that have anti-cancer properties. And these reported cases are only the tip of the iceberg. There is a long history of unsustainable orchid collection in Nepal’s forests, such as when around 800 tonnes of orchids were smuggled to India from eastern Nepal in the 1980s, according to information published in 1985 by Royal Botanical Gardens, Kew. A large portion of the wild orchids from Nepal go to India and China, and some to Hong Kong.

Reshu Bashyal, who leads the Illegal trade and sustainable use of medicinal orchids in Nepal project, came across 15 seizure records in the last 10 years — each seizure ranging from 4.4 to 9,364 kilograms of orchids. She told Global Voices:

They are mostly transported in trucks or public buses, where orchids are bundled in sacks, plastics, or clothes either solely or in mixed form with other herbs. Sometimes, smugglers hoodwink police using innovative ways, such as hiding them in bus engines, or storing them in sealed drums.

According to Reshu, between 2008–2016, Nepal reported 49,789 kgs of legal orchid trade with volumes fluctuating tremendously over the years. Wild-collected orchids dominated the legal trade, accounting for 96 percent of the trade while only 4 percent were artificially grown orchids, mostly belonging to the genera Dendrobium, Coelogyne, Cymbidium and Otochilus. A small amount of trade amounting to 200 kgs remained unidentified. ‘These provide initial insights into the nature and scale of illegal orchid trade in Nepal, as part of a broader effort to triangulate and verify commercial trade dynamics’, added Reshu. 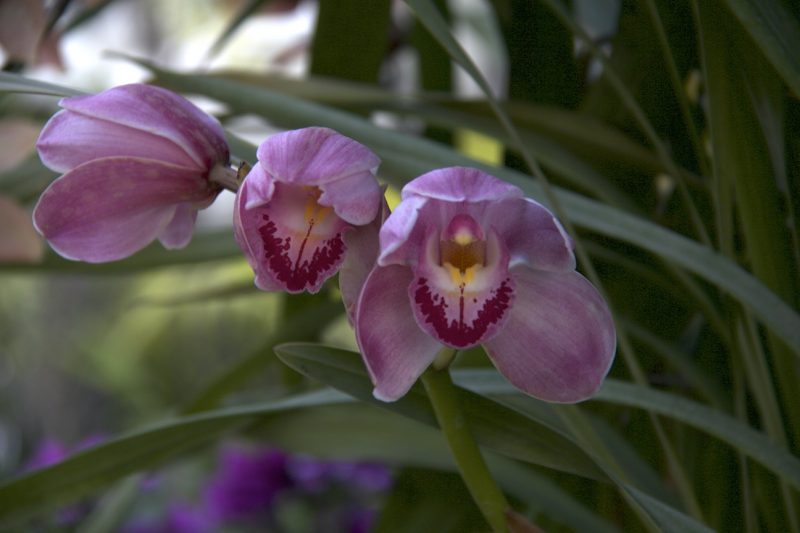 Buddhi Rai, belonging to an indigenous Kirant tribe from Siktemba village in Panchthar District in eastern Nepal, boasts of his orchids collected over 40 years, mostly Cymbidiums. ‘We call them aamlabung in our language’, Buddhi said talking with Global Voices. ‘Many species of orchids are found in our forests. However, I have sourced most of my collection from Indian towns Mirik, Darjeeling and Kalimpong’. Since the hybrid orchids are sturdier and the beautiful blooms last for months, people prefer planting them. He added that beautiful orchids generally grow on old trees’ inaccessible branches or cliffs and are difficult to collect.

The Kirati people use orchids to make their traditional attire. ‘The stems of aamlabung are dried like hay turning them into golden cords’, Buddhi says. ‘These cords shaped [sic] into beautiful florets last longer when added to traditional attire’.

Read More: Why pilgrims from India and Nepal throng to see an orchid that blooms in April

Although orchids for foodstuffs like vanilla, salep, chikanda and faham are non-existent in Nepal, Nepal’s Ayurvedic industry — a type of traditional medicine — involves around 94 orchid species. Many Nepali orchid species are also used in traditional Chinese medicine.

‘I’ve seen aamchis from Himalayan region selling tubers of orchids found in our hills in cities like Biratnagar and Kathmandu’, he adds pointing to the use of orchids for the cure of several ailments. ‘I’ve come across tubers of an orchid with purple flowers from our hills being sold in Kathmandu as an aphrodisiac’. 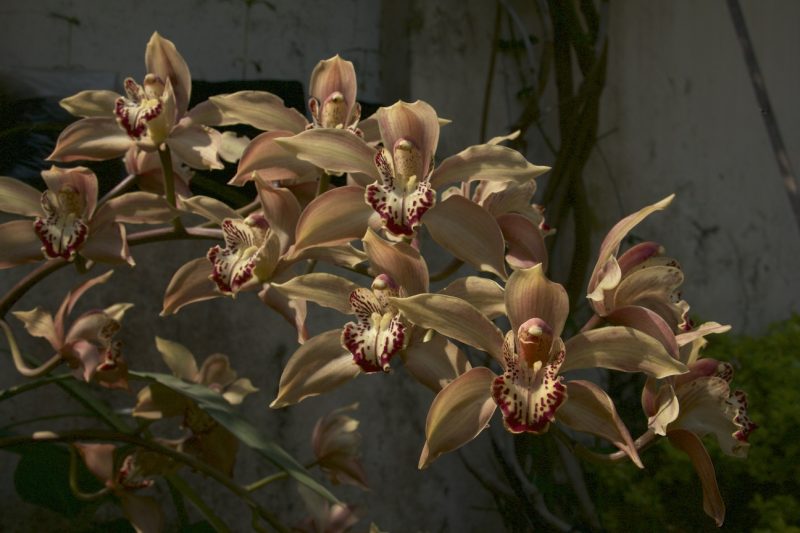 The Government of Nepal has placed all wild orchids under Appendix I and II of the Convention of International Trade of Endangered Species (CITES). Photo by Mamta B Khatri (The Green Owl). Used with permission.

Although all orchids are protected in Nepal, the Government of Nepal made an announcement in 2008 permitting the collection of wild orchids for trade, which contradicts its official policies, according to the research paper ‘Collection and trade of wild-harvested orchids in Nepal‘.

‘Endemic to the Himalayas and resembling a palm, Dactylorhiza hatagirea called paanch aunle locally, has been strictly banned for collection, use and sale’, said botanist Kamal Maden in an interview with Global Voices. Categorised as endangered, it has been kept in Appendix II of CITES which means it is not necessarily threatened with extinction but may get extinct if its trade isn’t controlled.

Many other orchid species including Gastrodia elata will face extinction if the government continues granting export licenses for critically endangered species.

Strong policy enforcement and clear guidelines on sustainable harvesting along with habitat preservation will help conserve orchids in the wild. However, better understanding the trade and addressing its threats are of paramount importance to their conservation.

Reshu Bashyal often tweets about orchids to remind people about their conservation.

Meet the two new “buddies” of our office!
When there are issues of the illegal orchid trade from their natural habitats, there are also some small-scale initiations to promote orchid propagation in Nepal – to reduce pressure on the wild orchids. #orchids #nepalorchids pic.twitter.com/t1JBBTqptc

Found this beauty in the forest during our recent orchid hunting (somewhere in Nepal)!
As long as we are aware of the conservation importance of these incredible beauties, we get a chance to see them thriving in the wild! #orchids #conservation pic.twitter.com/AvOsqKLVEu