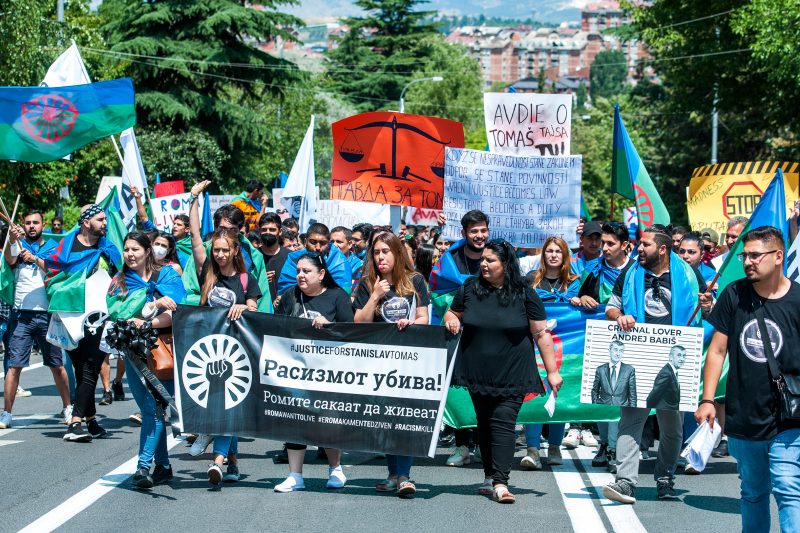 On July 3, over 1,000 citizens of North Macedonia participated a protest in front of the Embassy of the Czech Republic in North Macedonia's capital, Skopje.

Led by the Citizen movement AVAJA, the protesters demanded justice and that the government take responsibility for the murder of Stanislav Tomaš, a young Roma man from Teplice, Czech Republic, one of the latest cases of police brutality due to systemic racism against Roma in Europe.

The protest started in front of the primary school Kočo Racin on Vodnjanska (also known as Mother Theresa Street) and proceeded to the Czech embassy, which is located nearby. 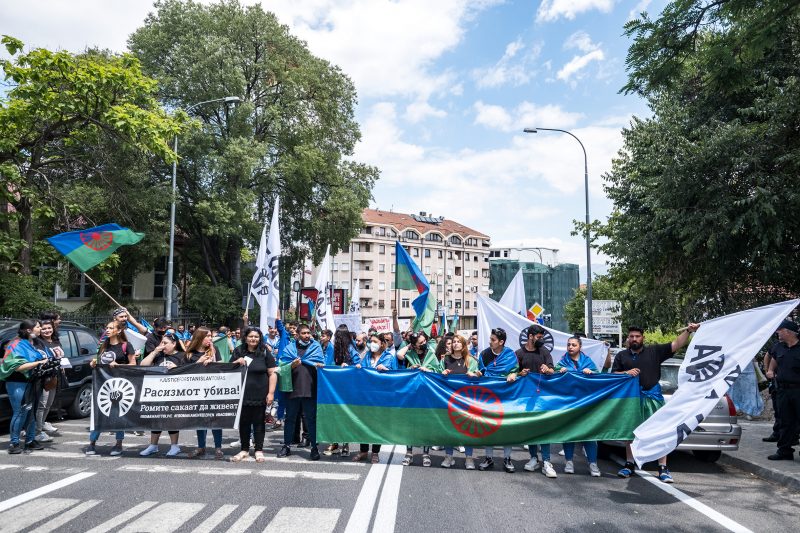 AVAJA claims that the Czech authorities, led by Prime Minister Andrej Babiš and President Miloš Zeman, as well as the Minister of Interior Jan Hamáček, not only failed to condemn this instance of police brutality, but even thanked the police for their reaction and expressed support for Teplice's police officers.

Czech authorities have sought to justify the use of force in the incident as legitimate, claiming that Stanislav Tomaš was under influence of addictive substances. On the other hand, AVAJA argue that the video of the arrest that spread on social networks shows a police officer kneeling over Tomaš’ neck for about five minutes and called for an ambulance after realizing he was no longer moving.

Roma human rights activists point out that police brutality against Roma is the most visible mode of systemic racism in Europe. It is based on unlimited force applied by police who view and treat any person of Roma origin as a criminal. 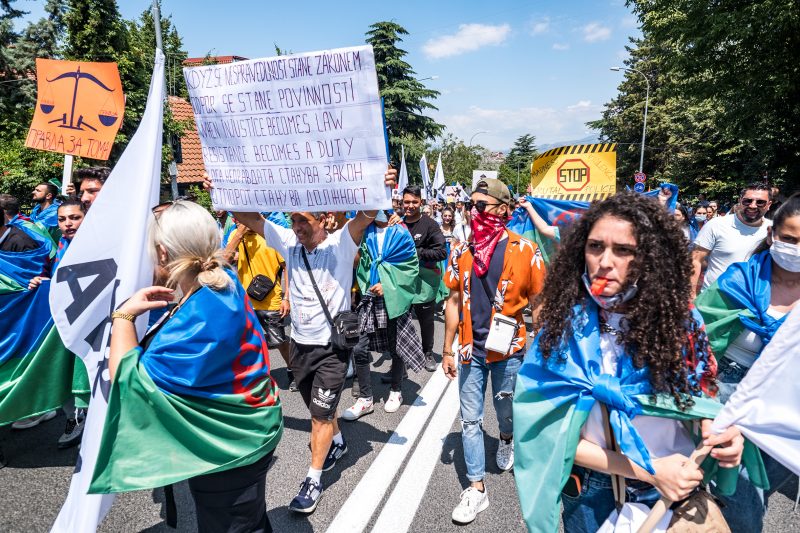 At the protest, AVAJA also evoked the memory of the unsolved case of police brutality in September 2020 in North Macedonia, when three Roma were beaten in the Bitola district.

After a video that appeared to show police officers beating ethnic Roma citizens was shared on social media, the Ministry of the Interior immediately announced an internal investigation. Prime Minister Zoran Zaev called the incident “shameful,” and the Helsinki Committee for Human Rights condemned the incident as an example of abuse of police authority.

At the time, more eyewitness videos were leaked to the media. However, this was followed by the circulations of anti-Roma videos by on social networks, purporting to show “the whole event.” Various right-wing figures claimed that the people beaten by the police “deserved it” because they had attacked the police first.

The officers involved were suspended from duty pending a criminal investigation. So far there has been no judicial outcome for this case. 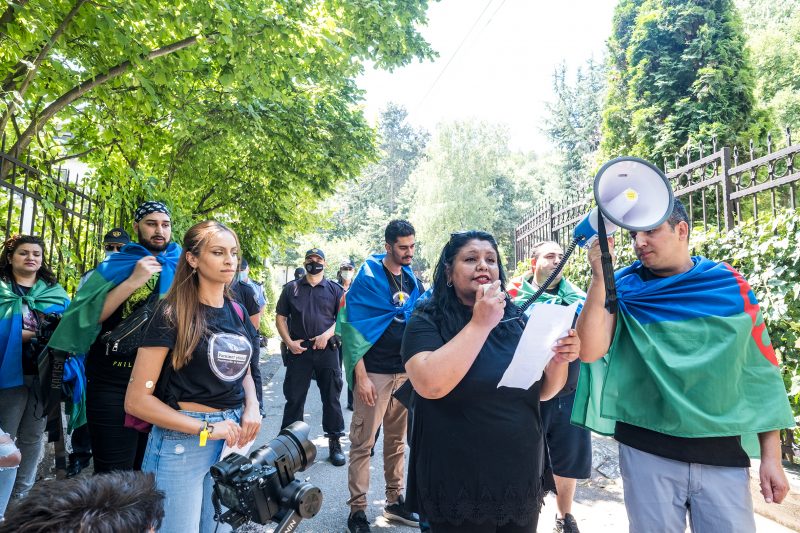 Salija Bekir, one of AVAJA team leaders, stated at the protest:

AVAJA demanded that Czech authorities conduct an independent investigation into police brutality in the case of murder of Stanislav Tomaš and create an independent commission which would examine violations of police rules and practices contrary to police code of conduct in Roma communities. 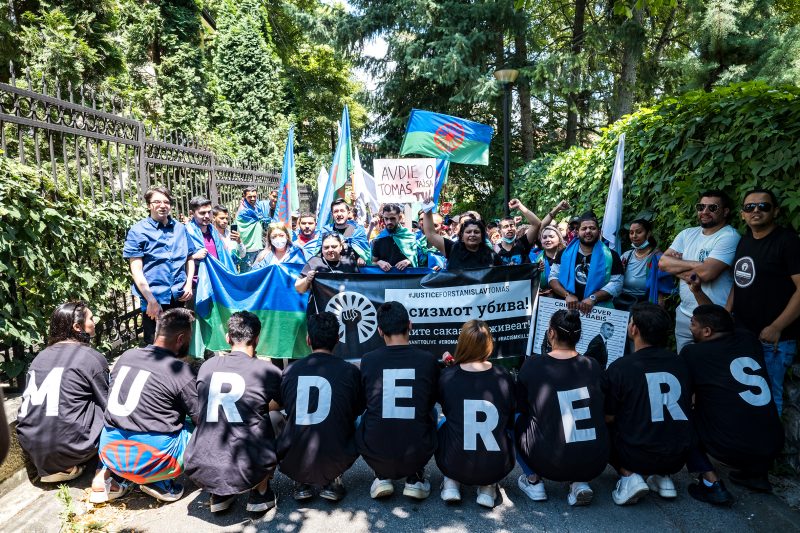 In previous weeks, protests with similar demands have taken place in Czech Republic and Romania. 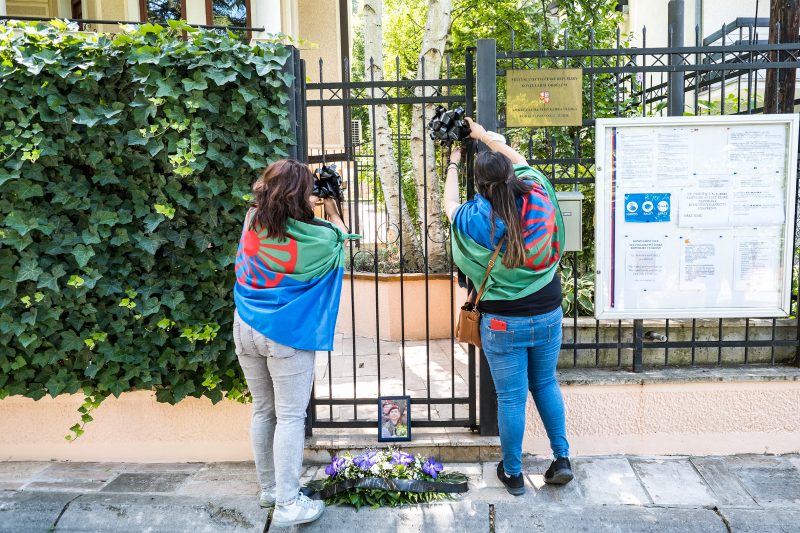